The new Broadway adaptation of the classic musical features a contemporary take on the fairy tale and some of Rodgers + Hammerstein’s most beloved songs, including “In My Own Little Corner,” “Impossible/It’s Possible,” and “Ten Minutes Ago,” alongside an up-to-date, hilarious and romantic libretto by Tony Award-nominee Douglas Carter Beane.

New Book and additional Lyrics by

This family-friendly show is for all ages.

Language
None.
Sexual Innuendo
None.
Drugs and Alcohol
None.

Violence
The prince slays a dragon at the beginning of the show.
Mature Content
None.
The movie version for this production is rated G

From the Original Broadway Production 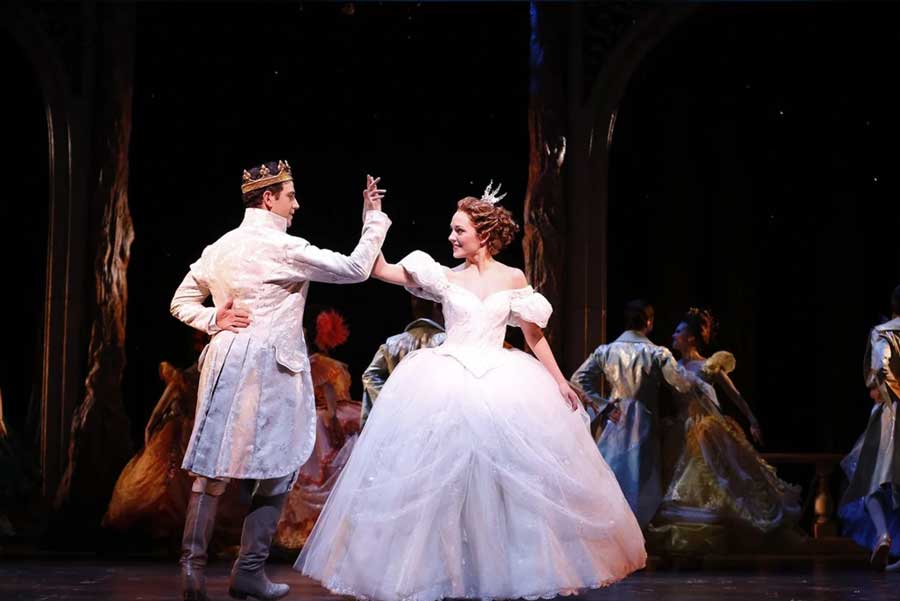 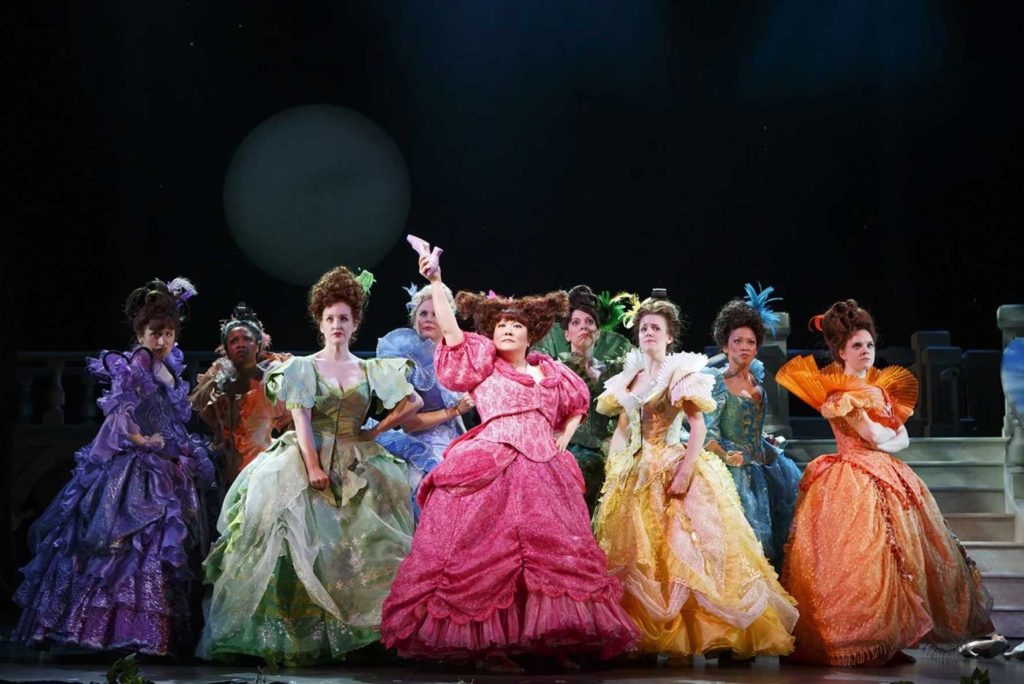 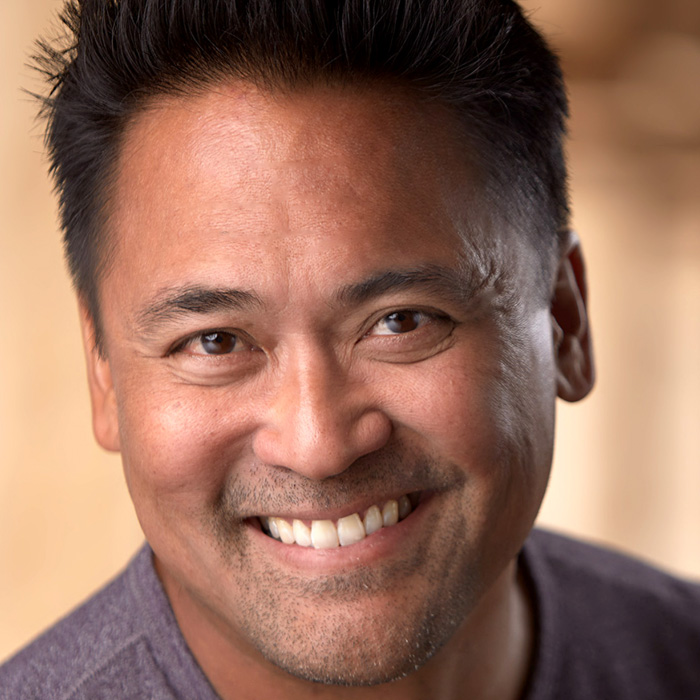 Richard Bulda Previous MTW shows include Damn Yankees, Catch Me If You Can, Big Fish, Yankee Doodle Dandy, Elf, The Musical, and Bright Star. Recent credits include Beauty and the Beast, Annie, School of Rock and The Count of Monte Cristo in Utah. Other theater companies include The Old Globe, La Mirada, LA Opera, La Jolla Playhouse, and many others. He can also be seen in ENCORE with Kristen Bell, currently streaming on Disney Plus. Thank you Paul, Peggy and Larry! 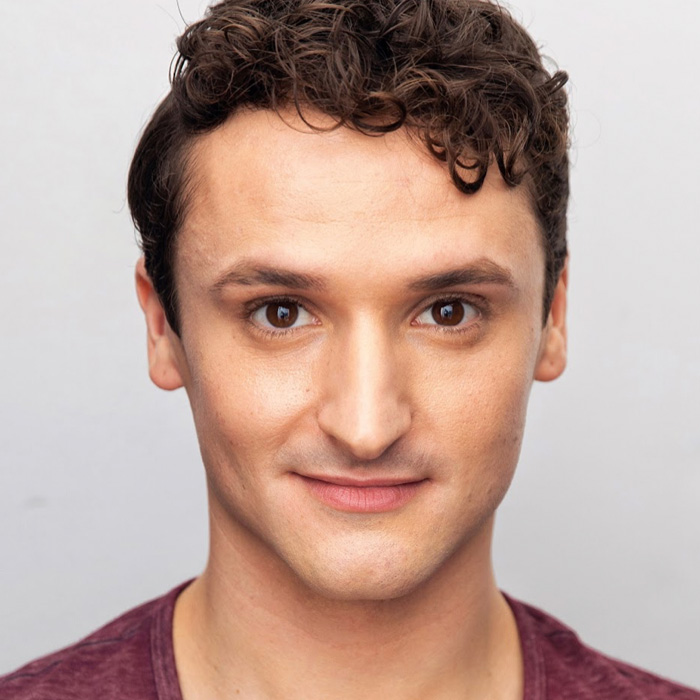 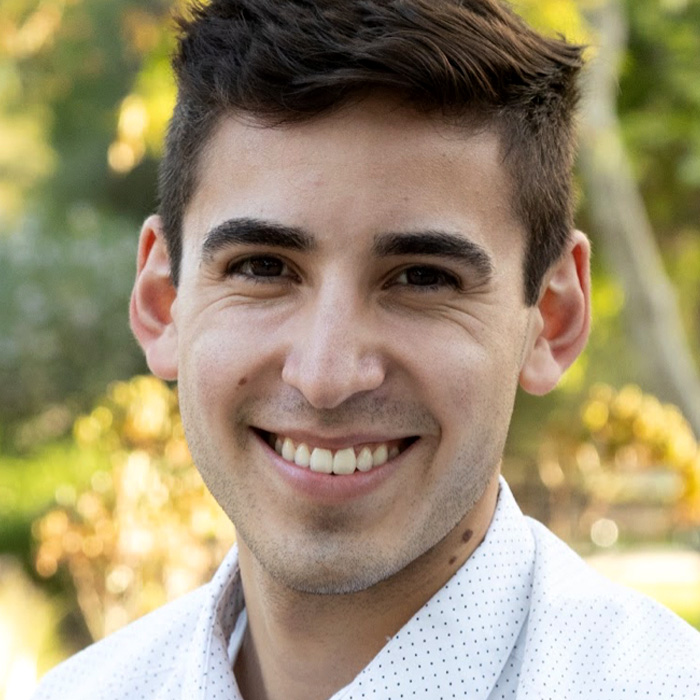 Rorey Chavarria He recently played Pepe in West Side Story (Norris Theatre, Palos Verdes, CA) and Jojo/Darcy in Newsies (Patchogue Theatre, NY). He toured with the LA Dance Magic Company, and is featured in the music video “Sit Me Back Down” by Prince of Eden. Industrials include Amazon and KAR Dance. Rorey resides in Southern California, and is a dance teacher and an elite tumbling instructor. 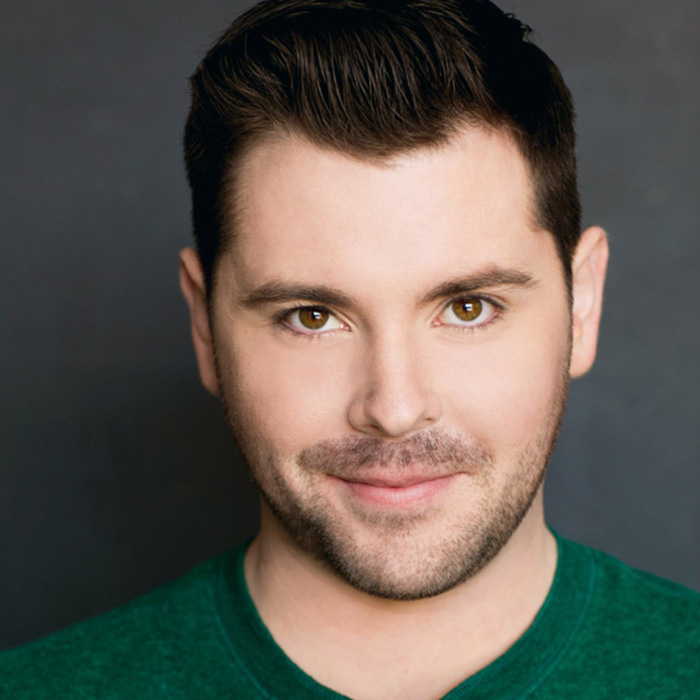 Quintan Craig “Q” is so proud to be back home at Musical Theatre West! Recent Credits: Grease!, Rodger/Doody u/s (MTW), Ragtime, Dance Captain (MTW), 42nd Street, Billy Lawlor (3D Theatricals), Something Rotten!, Ensemble (MTW). He can also be heard on Musical Theatre International recordings of Chicago (Billy Flynn), West Side Story (Riff), and Newsies (Jack/Romeo). Quintan is a graduate of Belmont University in Nashville, TN. All my love to Mom, Dad, Mollie Rae, Ryan, Wyatt, Macie, and Veronica. Hangin’ a star on this for Nana. @Quintan_Craig 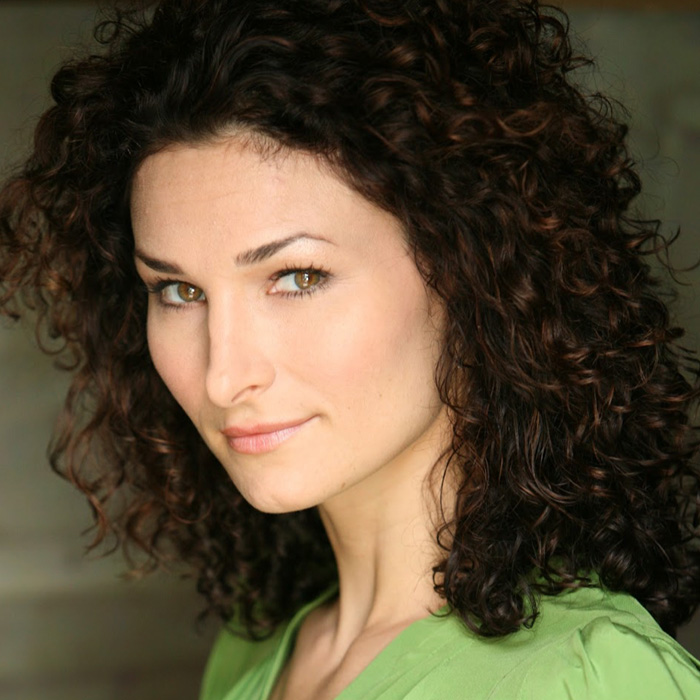 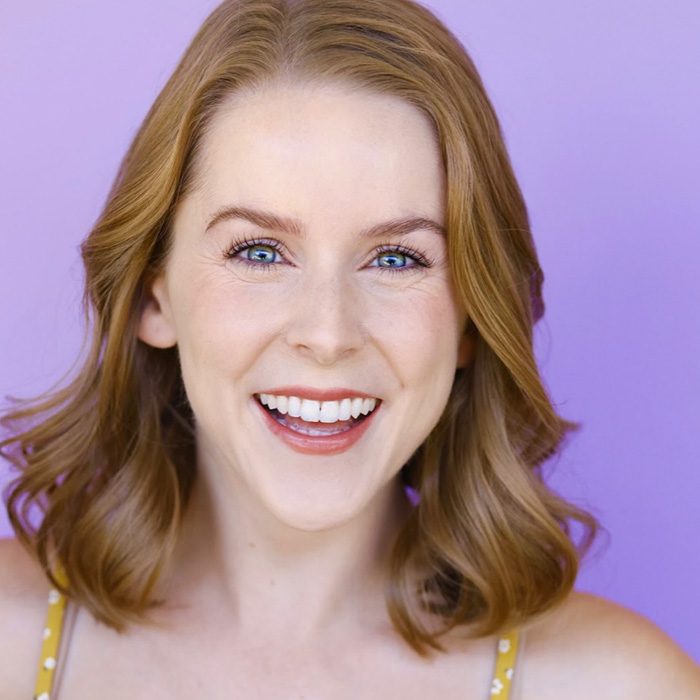 Erin Deubriul Erin is absolutely thrilled to be making her Musical Theatre West debut in Cinderella! Past theater credits include Carrie in Carrie: The Musical (UCLA), Ariel in The Little Mermaid and Nanette in No, No, Nanette (Candlelight Pavilion), 42nd Street (3-D Theatricals), and 42nd Street, Evita, and The Who’s Tommy (PVPA). Erin is a proud graduate of UCLA’s School of Theater, Film, and Television. Many thanks to her supportive family, everyone at KMR, and the Cinderella creative team, cast, and crew! 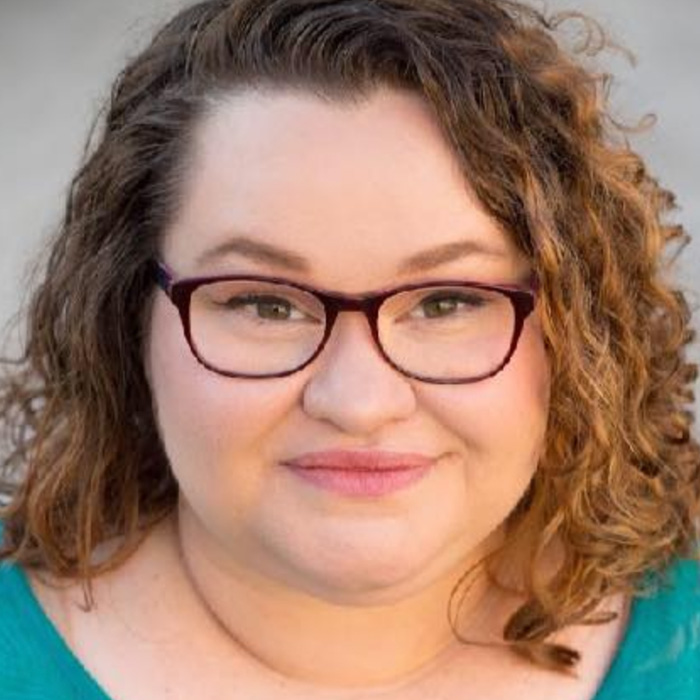 Joanna Johnson She is excited to be making her Musical Theatre West debut! Favorite past roles include Sister Mary Patrick in Sister Act, Gertrude McFuzz in Seussical the Musical, Paulette in Legally Blonde, and Charlotte in the National Tour of Rodgers + Hammerstein’s Cinderella. She is a Utah native and Utah State University alum. “This and every performance is dedicated to my family, and especially to my parents.” 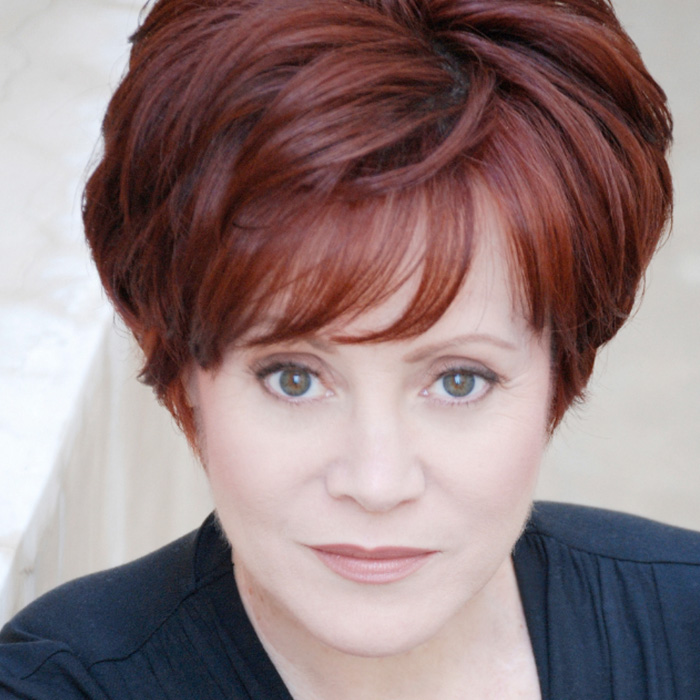 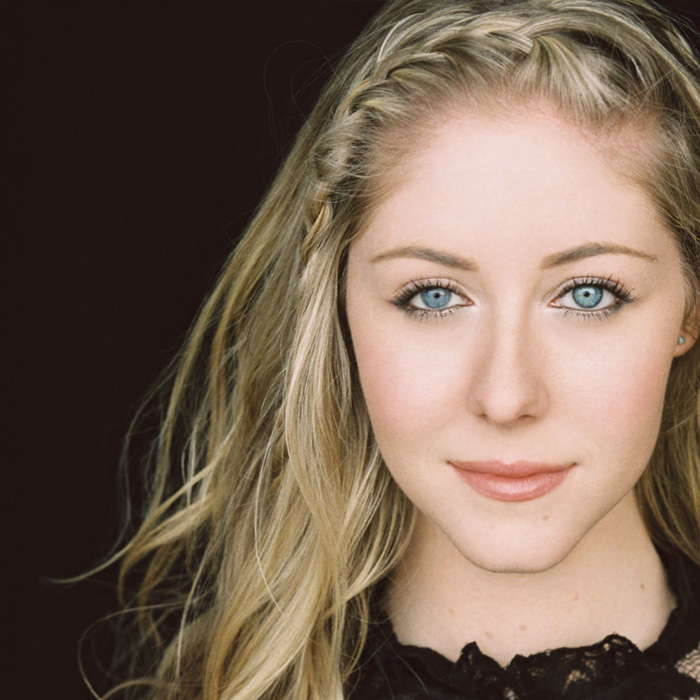 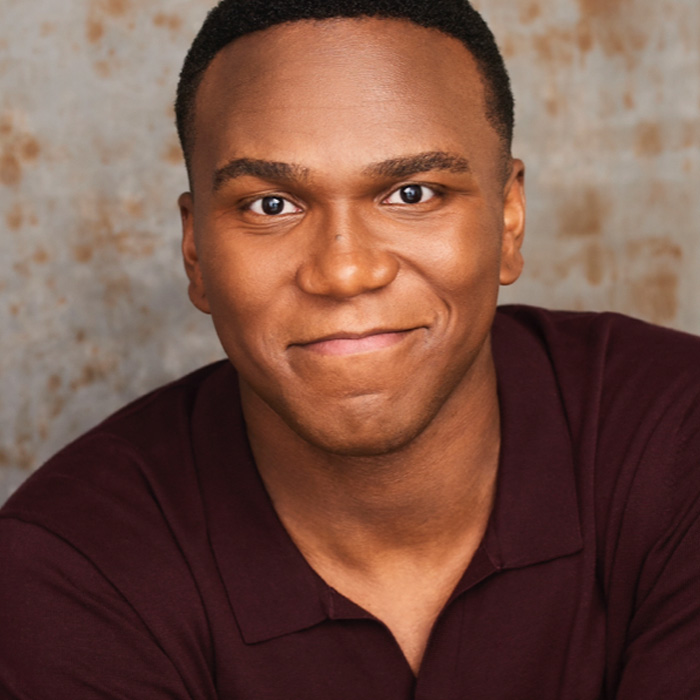 Jalon Matthews is excited to be back at Musical Theatre West! Most recent regional credits include: Benny in In the Heights (Rubicon Theatre Company), The Lehman Trilogy (Center Theatre Group), Frederic in The Pirates of Penzance (Utah Shakespeare Festival), and u/s Coalhouse in Ragtime (Utah Shakespeare Festival), Roger in Grease (Musical Theatre West), and Sebastian in Disney’s The Little Mermaid (Musical Theatre West). MFA (Acting) from UC Irvine and BA (Acting) from Pepperdine University.  Thank you to his family, friends, Bubba, and FSE for their love and support! @jalonmatthews 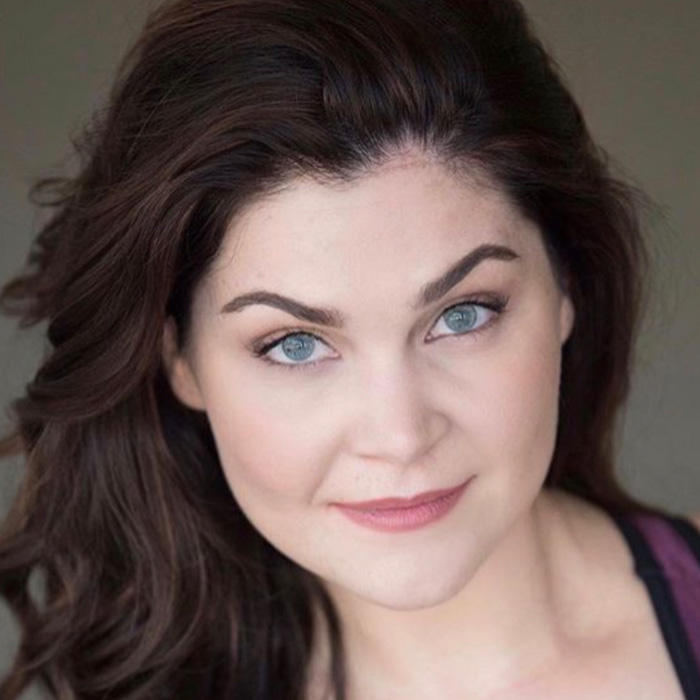 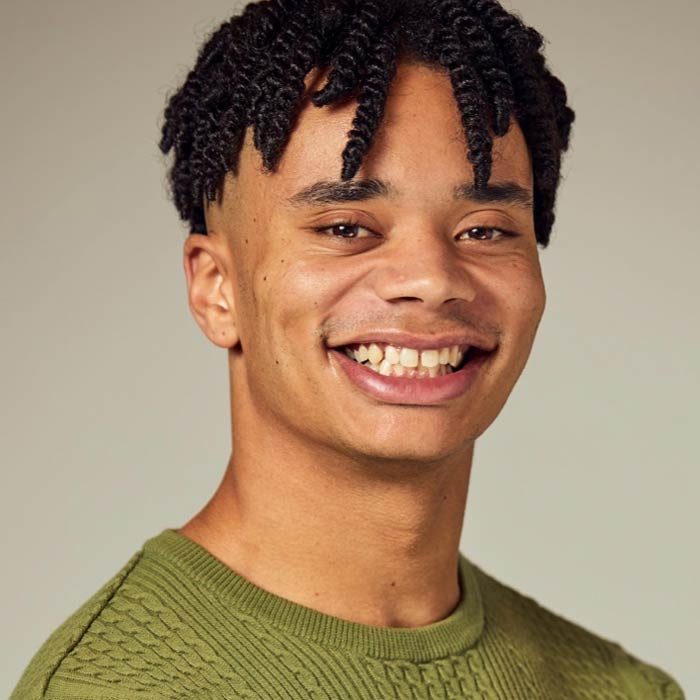 Alejandrio Mullerdahlberg started dancing at the age of 14 at Gasper’s School of Dance in Fargo, ND. He has also received training from the Joffrey Ballet School, the Ailey School, and the University of Arizona, having graduated from the latter in 2020 with his BFA in dance. Alejandro has performed principal roles in ballets such as The Nutcracker, Cinderella, and Swan Lake, toured with Step One Dance Company on Holland America Cruise Lines, and performed on “America’s Got Talent”. Alejandro is excited to be back with MTW for the second time this season! 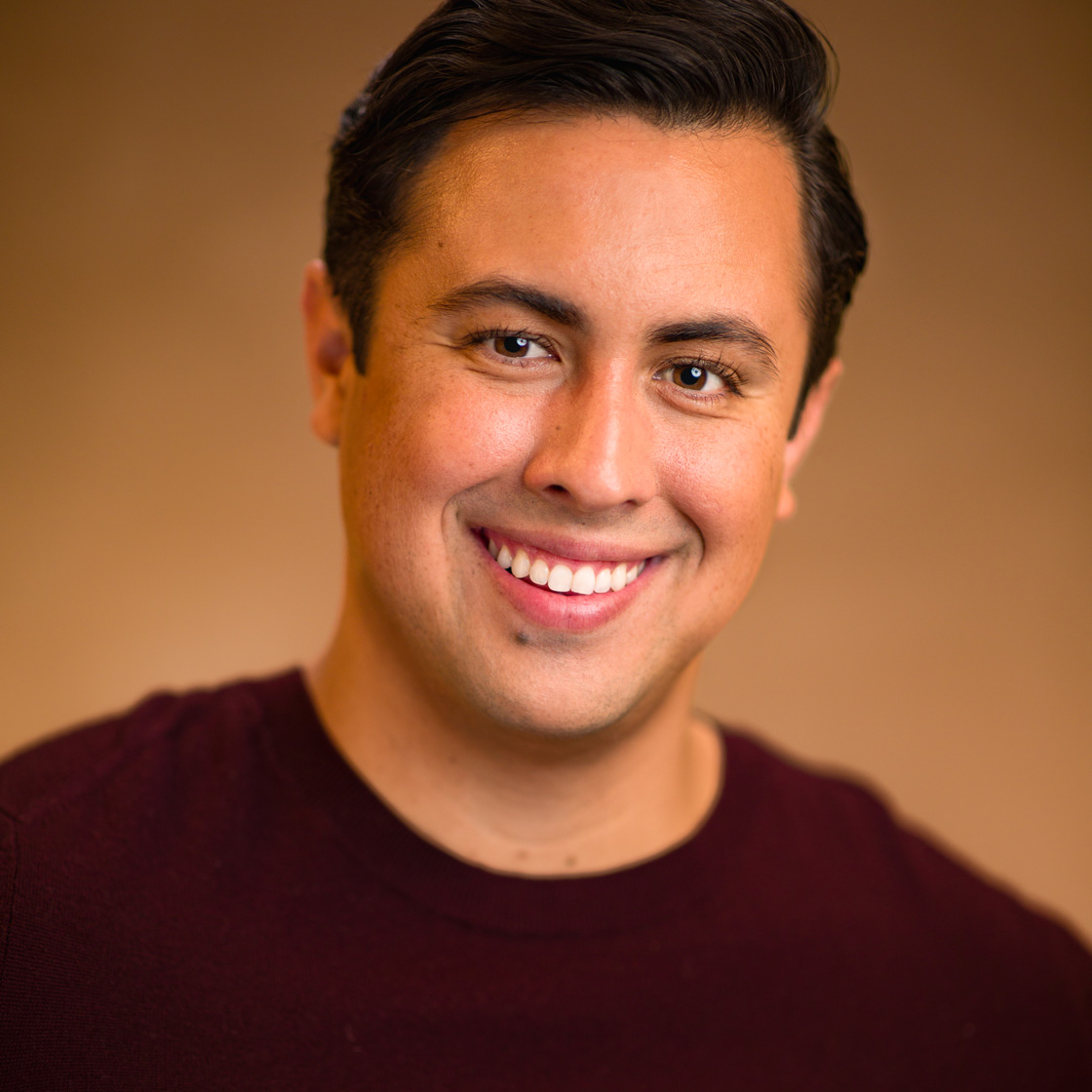 Gabriel Navarro is ecstatic to be back at Musical Theatre West for his 9th production! Other Recent Credits: MTG’s Brigadoon (Charles Dalrymple),The 5th Avenue Theatre- Austen’s Pride, Tuacahn’s Summer 2018 Season – Prince of Egypt/Cinderella/Matilda, Tokyo Disney’s Concert of Love (Aladdin), SDMT 42nd Street (Billy Lawlor), and MRE-La Mirada’s World Premiere of Empire the Musical (Rudy). He is currently in the process of receiving his BFA in Musical Theatre at the University of Southern California at the School of Dramatic Arts. Fight On! 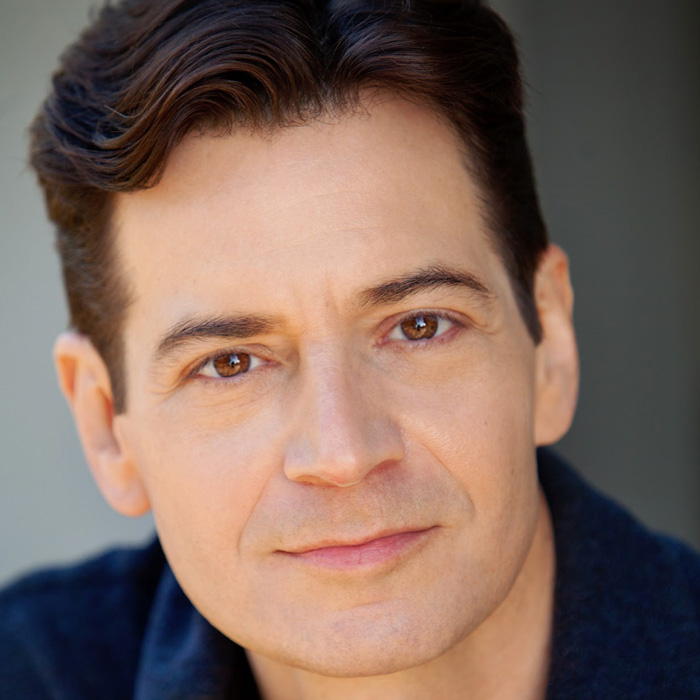 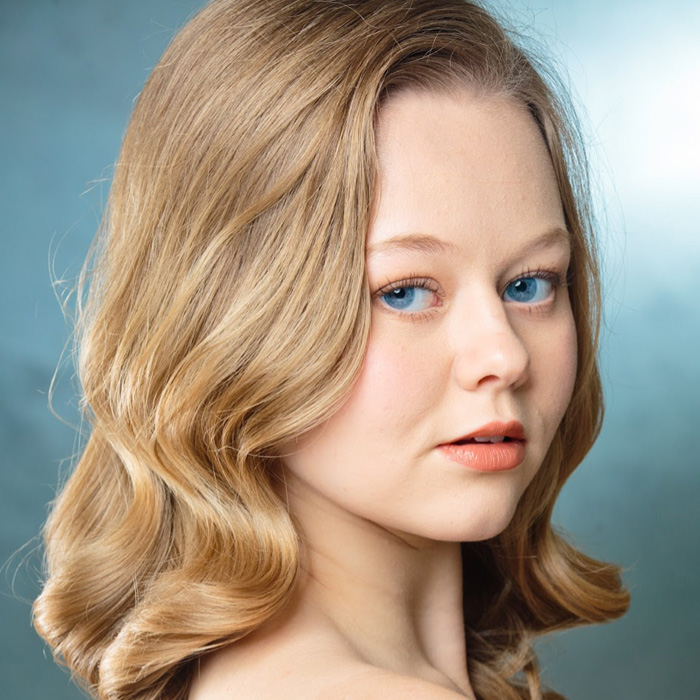 Noelle Roth is thrilled to be making her Musical Theatre West debut in Cinderella! Born and raised in Orange, California, she graduated from Vanguard University with her degree in Theatre Arts. Her credits include Seven Brides for Seven Brothers (Alice), Shaking Up Shakespeare (Ophelia), and The Marvelous Wonderettes (Suzy). Noelle worked closely with Broadway star Nikki Snelson to create and perform in two original musicals. Most recently, Noelle won Broadwayworld’s Next On Stage: Dance Edition.  Huge thank you to my family for their support! IG:@noellerothofficial TikTok:@noellerothofficial 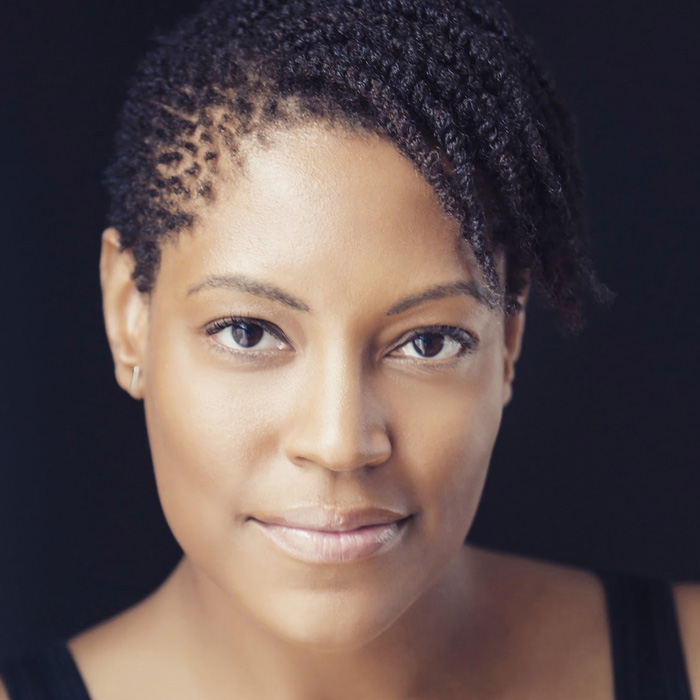 Daebreon Poiema is an accomplished actress and singer with a passion for storytelling. Her training in Musical Theater began at the Orange County High School of the Arts. She earned a BA in Theater for Children from The University of Texas at Austin and a MFA in Acting from The Actors Studio Drama School in New York. Daebreon has been blessed to share the gift of her voice with audiences all over the world, on stages both on land and at sea. Genesis 12:2-3 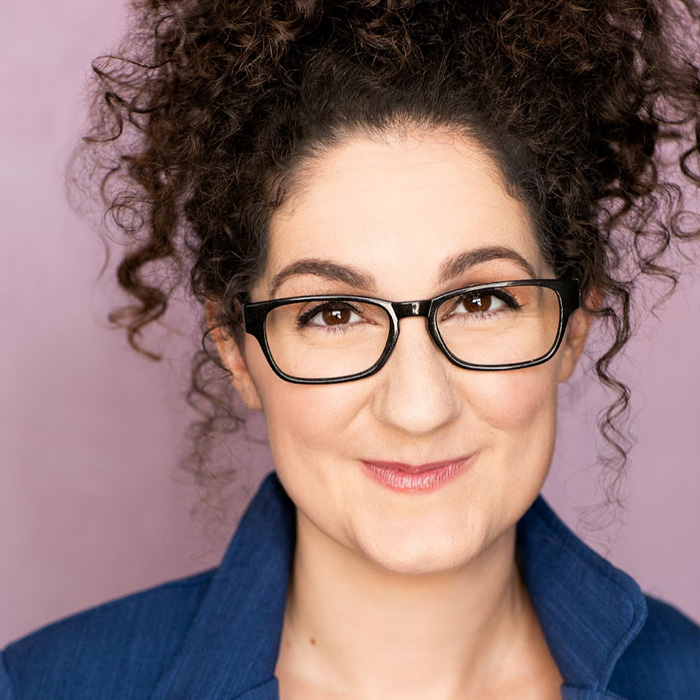 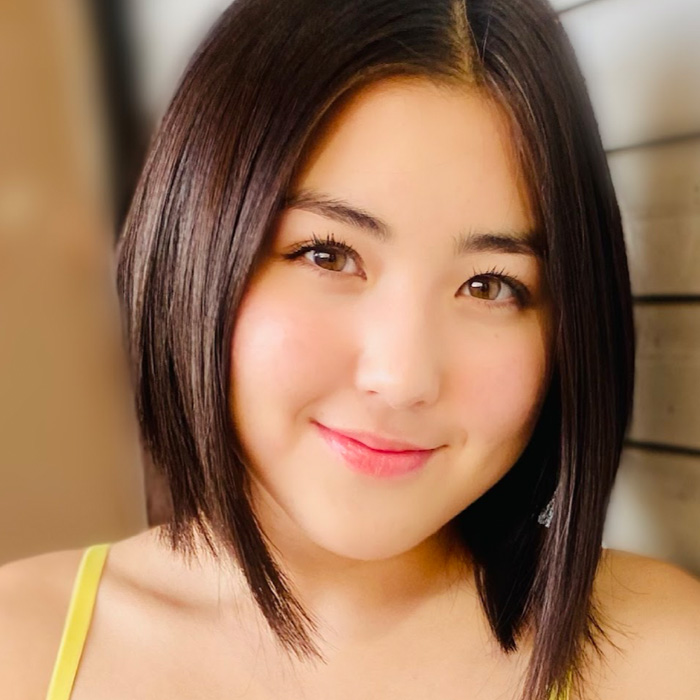 Callula Sawyer  is delighted to be making her Musical Theatre West debut! Notable previous credits include dancing with the LA Opera and alongside Shoshana Bean in the Caruso Holiday Tree Lighting. Recently, she played Sling in Newsies (5 Star Theatricals), as well as being the dance captain in 13 the Musical (Panic Productions). Callula received MTCA’s 2022 Triple Threat Award and placed 1st nationally in Musical Theatre Dance. She wants to send lots of hugs and kisses to her family and friends for their endless support and love!! 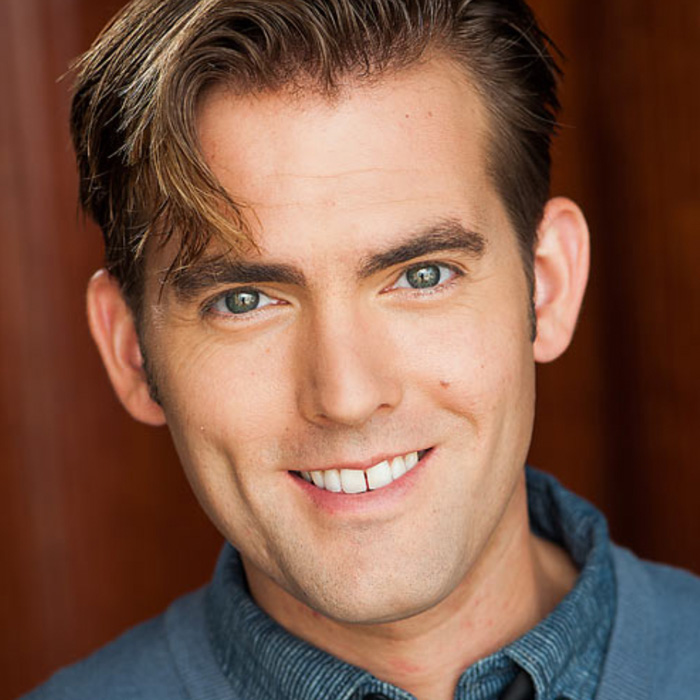 Nicholas Tubbs could not be happier to be back with the MTW family! Previous credits include Lend Me a Tenor (Max – I.C.T.), A Gentleman’s Guide to Love & Murder (Monty Navarro – 3D Theatricals/Tuacahn), Hunchback of Notre Dame (Quasimodo – PCPA), Marry Me A Little (Man – I.C.T.), Spamalot (Sir Galahad – 3D Theatricals) and Rudolph the Red Nosed Reindeer (Swing – McCoy Rigby Nat. Tour). Additionally, Nick is the producer of the interactive science app for kids called “Tappity”; hosted by his much more talented wife, Haley. Endless love to her, his family, and hilarious toddler, Sebastian. @hiimnicktubbs 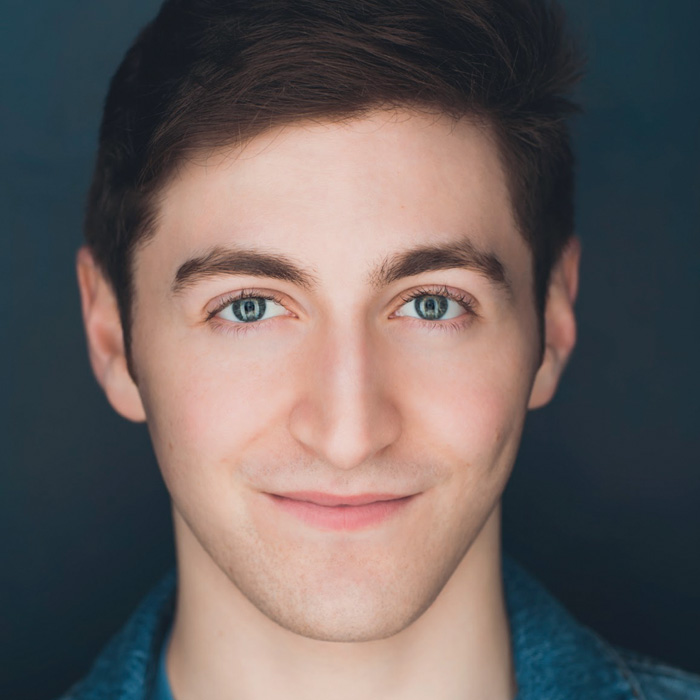 Adam Winer (he/him) (Ensemble) is thrilled to be here! In the LA area, he last starred as Tommy Djilas opposite Adam Pascal in The Music Man with 5-Star Theatricals. He has also performed at American Repertory Theatre, Goodspeed Opera House, White Plains PAC, Opera North, and more. He is a graduate of both The Boston Conservatory and Northwestern University. Huge love and thanks to Peggy, Bren, the rest of the MTW + Cinderella team, and of course, family and friends.