Based on the hit movie, with music and lyrics by Dolly Parton and book by Patricia Resnick, 9 to 5: The Musical is a side- splitting salute to corporate sisterhood and workplace revenge! Shortly after three co-workers share their fantasies of how they’d give their sexist, egotistical, oppressive boss the boot, events conspire to allow them to take control of the company that’s been keeping them down. Hey, a girl can scheme, can’t she?

Based on the 20th Century Fox Picture
Originally produced on Broadway by Robert Greenblatt, April 2009

9 TO 5, THE MUSICAL is presented through special arrangement with Music Theare International (MTI).
All authorized performance materials are also supplied by MTI. www.mtishows.com

This show is rated PG 13.
Language
Some.
Sexual Innuendo
Some.
Drugs and Alcohol
Some.

Violence
None.
Mature Content
Some.
The movie version of the musical is rated PG

* = Denotes a member of Actors’ Equity, the union of professional actors and stage managers in the United States. 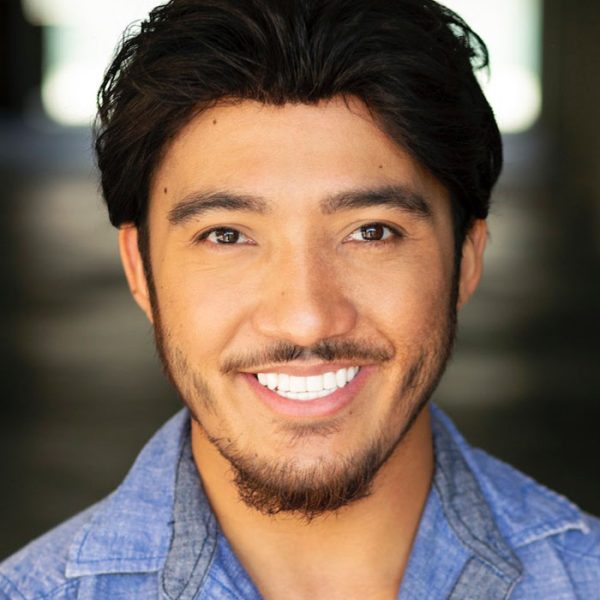 Josh Alvarez (Ensemble) is thrilled to join the cast of 9-5 as ensemble with Joe Understudy. Recent credits include Smokey in Damn Yankees, Lun Tha /King US in the King & I, Ren McCormack in Footloose, Leading Player in Pippin and the principal vocalist for a Cirque Du Soleil National Tour.  He is also the CEO of Triple Threat Social Media Marketing LLC which helps regional theaters and triple threat performers fulfill their social media potential! Please follow Josh on Instagram @joshbehindthescenes and Tiktok @officialjoshalvarez. 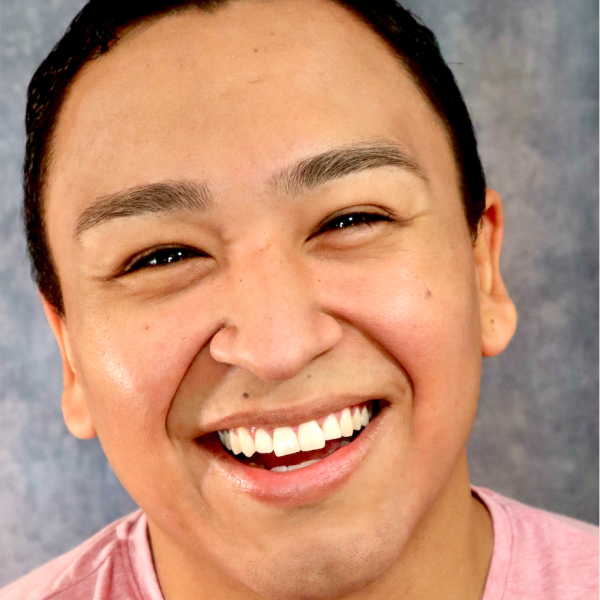 Leo Ayala (Ensemble) is thrilled to be returning to the Musical Theatre West stage! Leo is a singer, dancer, actor, and choreographer located in Los Angeles.  Previous credits include: A Chorus Line (Welk Resort), Something Rotten (MTWest), In the Heights (MTWest, Candlelight, VPAC), Legally Blonde (Cupcake), Edges (CSUN); TV: “The Oprah Winfrey Show”, “Dancing with the Stars”, “Cupcake Wars”, “America’s Got Talent”, and “The Voice.” Special thanks to my family and friends for their continued love and support. For Daniella, my guardian angel. Instagram/Twitter: @LeoAyala94 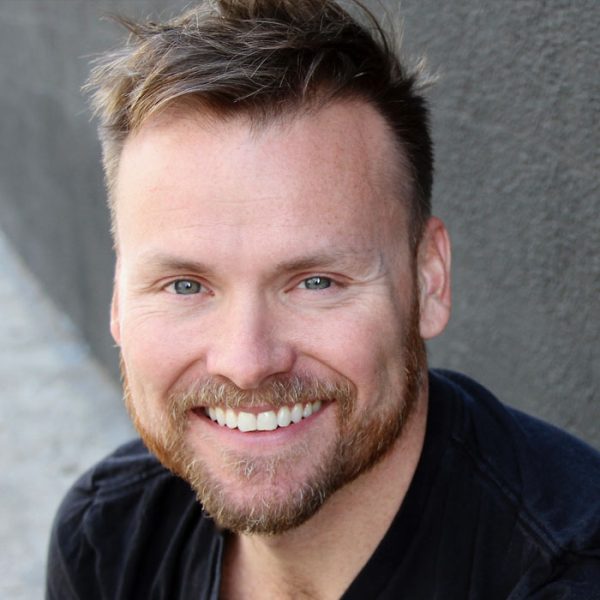 Keith A. Bearden* (Joe)  is ecstatic to be making his MTW debut with 9 to 5: The Musical!   He was last seen as Capt. Albert Lennox in The Secret Garden (Broadway at Music Circus).  Broadway: Wicked (Father/Nikidik), Tales of the City, A Concert. National Tours: Shrek The Musical, Wicked, Jesus Christ Superstar and Fame. Regional: Kinky Boots, Mamma Mia! (Hollywood Bowl), The Hunchback of Notre Dame (Clopin), Next to Normal (Dr. Fine/Madden), Jesus Christ Superstar (Judas), Tales of the City (World Premier, American Conservatory Theatre), The Drowsy Chaperone (pre-Broadway/Ahmanson Theatre) and a smattering of TV, film and voiceover work. 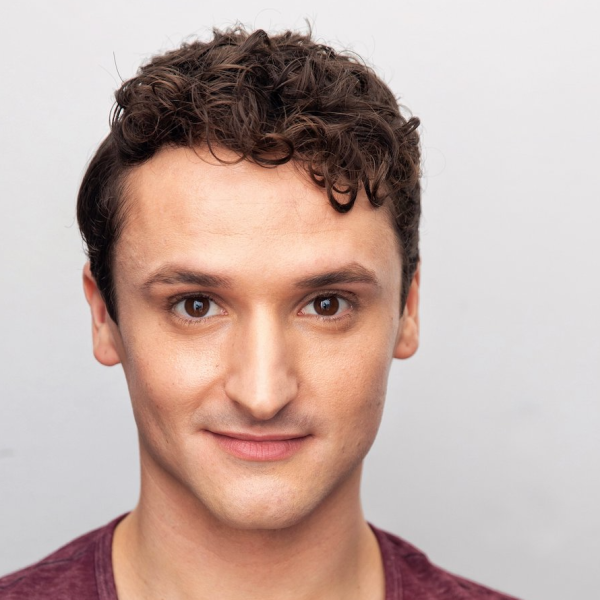 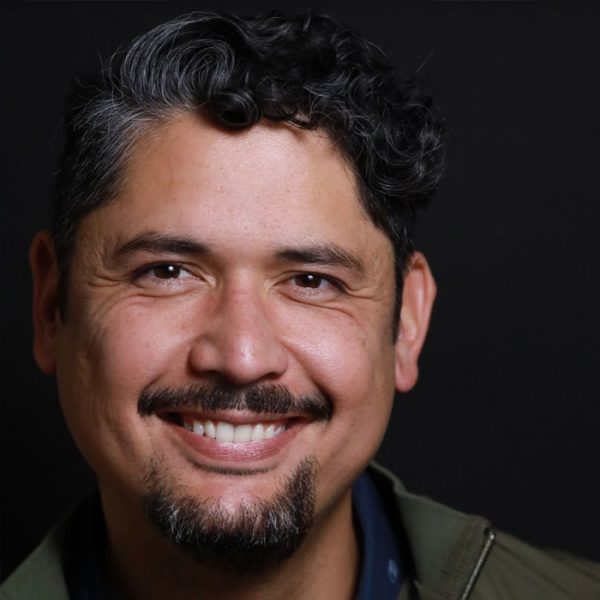 Michael Cavinder* (Tinsworthy) is thrilled to be performing for you. Yes, you! Thank you for opening up your program to find out a little more about the people involved in creating this live theatrical event. Michael has performed throughout the south land of California as well as national/international tours. He’s a big fan of long walks, woodwork, and authenticity. He’d like to thank his friends, family, agents Nicole & Teira, and you! Instagram: @tallmike5454 @ambushcabaret 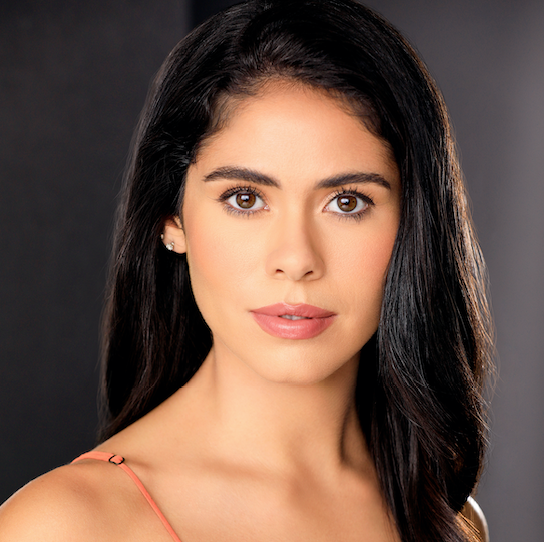 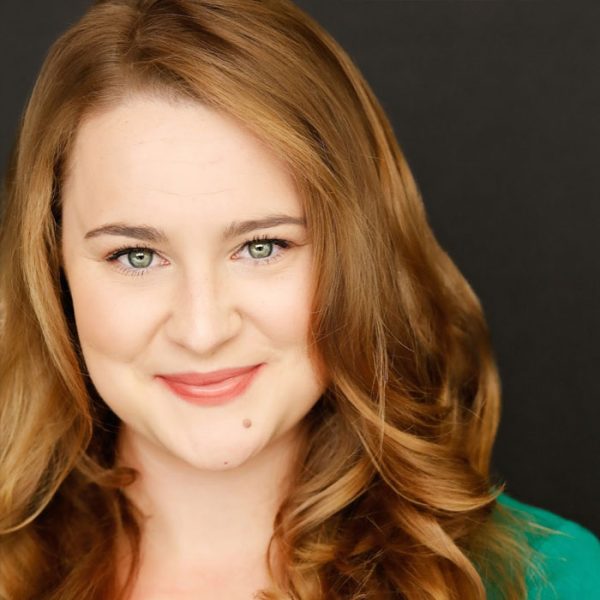 Chelle Denton* is thrilled to be back at MTW after last being seen in their production of Something Rotten. Other recent credits include Die Heart (Troubadour Theater Company), The Sound of Music (McCoy Rigby), Emma: The Musical (Ensemble Theater Company), Parade (3-D Theatricals), Spamalot (3-D Theatricals), Beauty and the Beast (McCoy Rigby), The Baker’s Wife (Actor’s Co-Op), and Sister Act (MTW).  Chelle graduated from CSUF with a BFA in Musical Theater.  A special thanks to her wonderful team at KMR and endless love and gratitude to Mom and Dad. 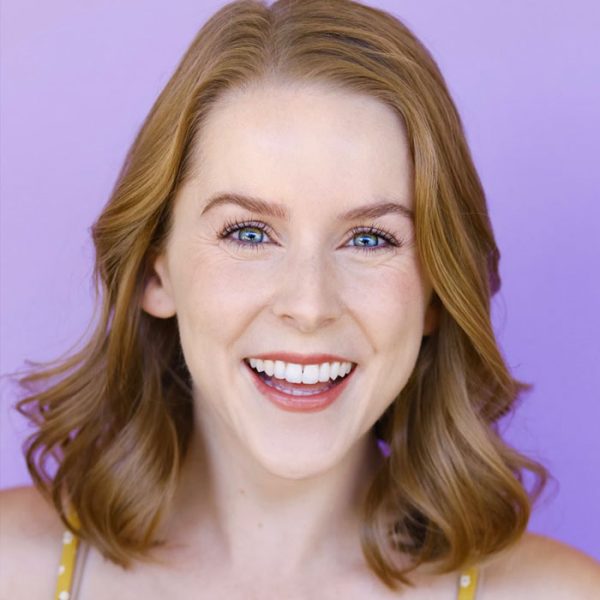 Erin Dubreuil is absolutely thrilled to be back at MTW after appearing in Cinderella! Other favorite credits include Carrie in Carrie: The Musical (UCLA), Ariel in The Little Mermaid and Nanette in No, No, Nanette (Candlelight Pavilion), 42nd Street (3D Theatricals), and 42nd Street, Evita, and The Who’s Tommy (PVPA). Erin is a proud graduate of UCLA’s School of Theater, Film, and Television. Many thanks to her supportive family and friends, her team at KMR, and the 9 to 5 creative team, cast, and crew! 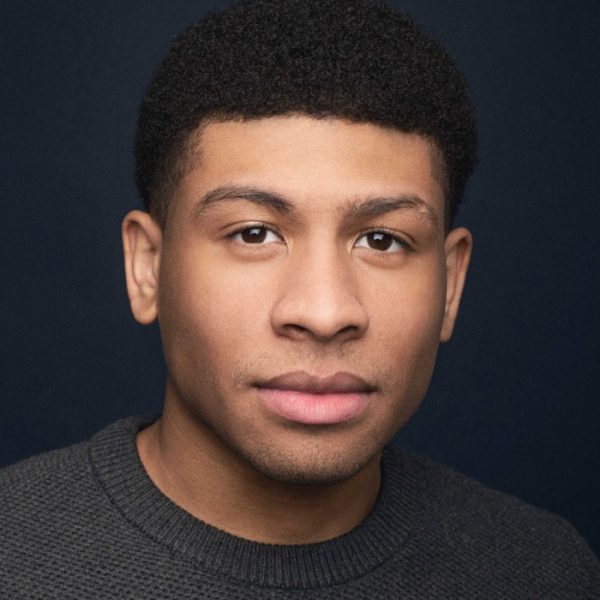 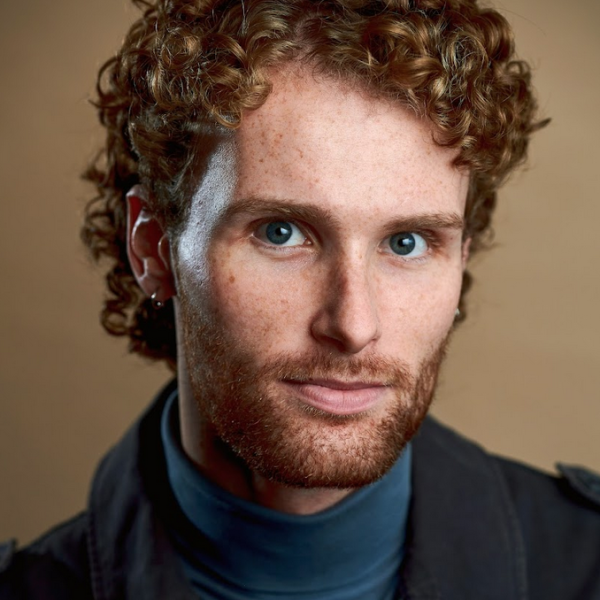 Kurt Kemper* (Dwayne) is honored to be returning to MTW after performing in Grease this summer! He received a BFA from Point Park University (Pittsburgh, PA) back in 2019. Past credits include Kiki in Legally Blonde (Ovation Nominated), Billy Lawlor in 42nd Street, Sweet Charity, The Who’s:Tommy, & Sunday In The Park With George. Thankful for his teams at Go2Talent & CESD, his teachers, and his loving family who’ve supported him every step of the way. Insta: @imatallglassofwater 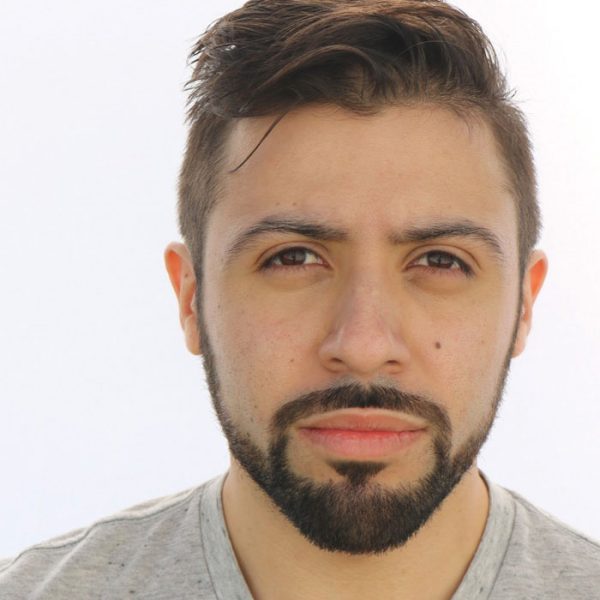 Edgar Lopez* (Ensemble) is honored to be making his Musical Theatre West Debut! A few select credits include: Off Broadway: ¡Americano!, Regional Theatre: On Your Feet! (WBT), Evita  (Bucks County Playhouse),  West Side Story, Godspell (Phoenix Theatre), Chicago (Oregon Cabaret) Shout out to my family and to THE fam. 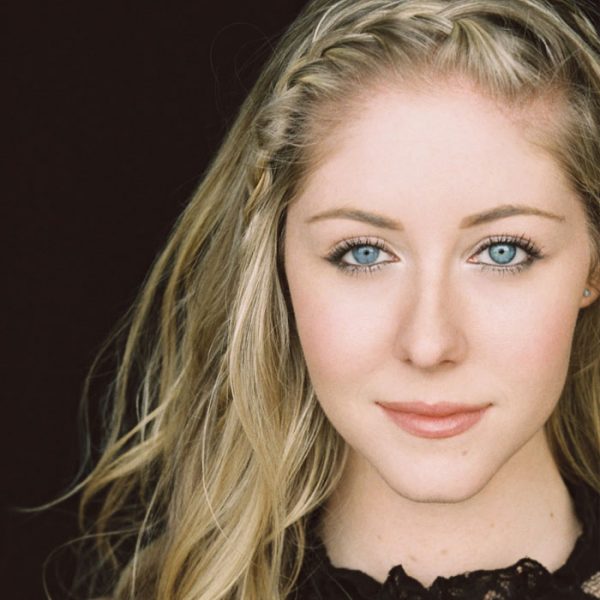 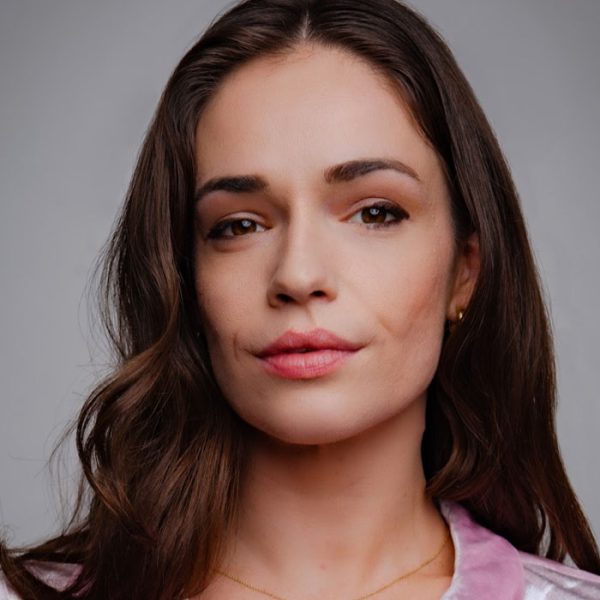 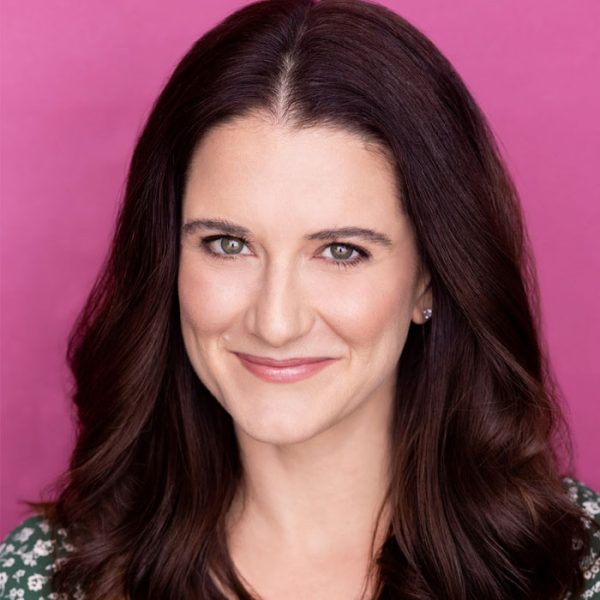 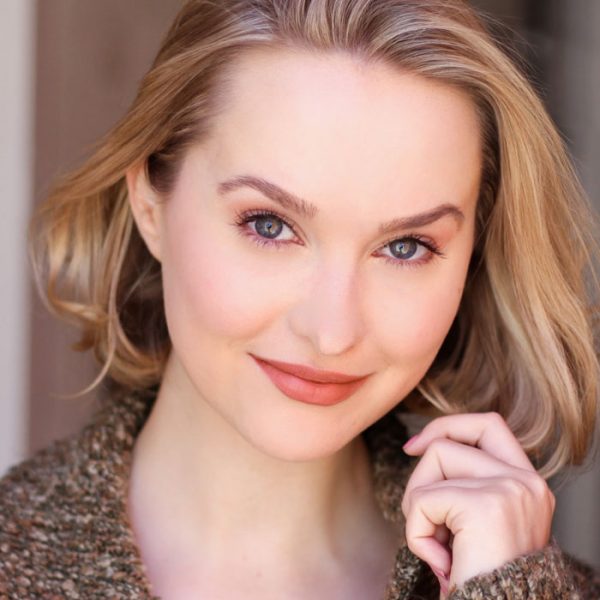 Madison Claire Parks* (Doralee Rhodes) is overjoyed to be back at MTW! Select credits include; Off-Broadway: Luisa in The Fantasticks (400+ performances) and Genevieve in The Bakers Wife (*revised NY premiere.) Regional: Clara in The Light in The Piazza (CCAE), Sarah Brown in Guys & Dolls (MTW / TUTS), Portia in Something Rotten! (MTW), Nellie Forbush in South Pacific (Rubicon), and Laurey in Oklahoma! (MTW / NSMT.) Thank you to Professional Artists, the cast, crew, and team, Ethan, and especially Mom and Dad. For more information visit madisonclaireparks.com 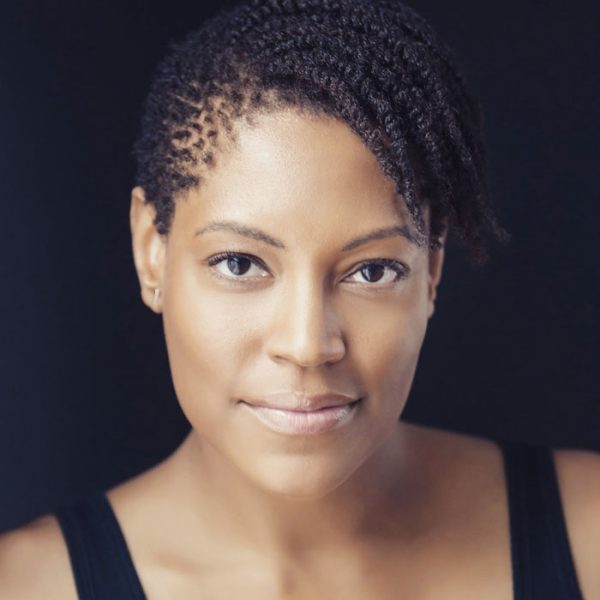 Daebreon Poiema* (Violet Newstead) is thrilled to be back with the Musical Theatre West Family. Last seen as Crazy Marie/The Fairy God-Mother in Cinderella, Daebreon is grateful for another opportunity to sing, play, and tell a great story on the Carpenter Performing Arts Center stage.  Blessed to continue sharing the gift of her voice with audiences all over the world, Daebreon would like to thank her family and friends for their constant love, prayers, and support.  The next chapter is New Zealand! Proverb 18:16 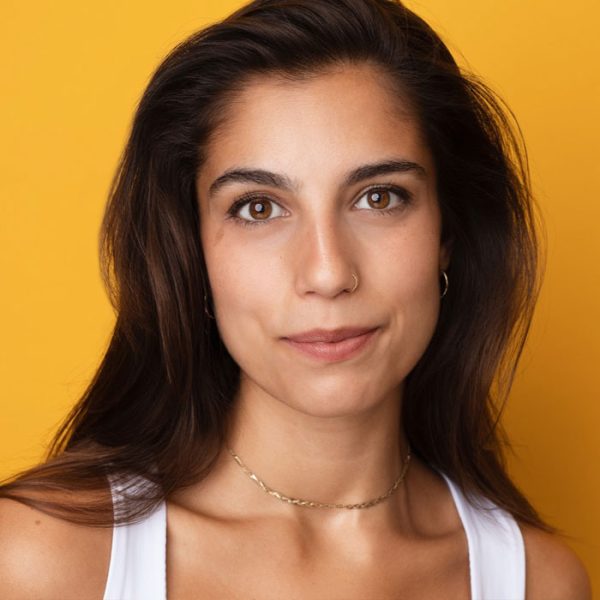 Amelia Prochaska (Ensemble) is so excited to be making her Musical Theatre West Debut! A recent graduate of Northwestern University, Amelia has loved moving back to LA to pursue creative work as an actor, singer, and intimacy coordinator! Favorite credits include Brooke Wyndham (LEGALLY BLONDE), Rose (THE FLICK), #14 (THE WOLVES) and her work with MTW’s Community Education Program. Endless thanks and love to her family and friends. Get connected @ameliaprochaska or at ameliaprochaska.squarespace.com. 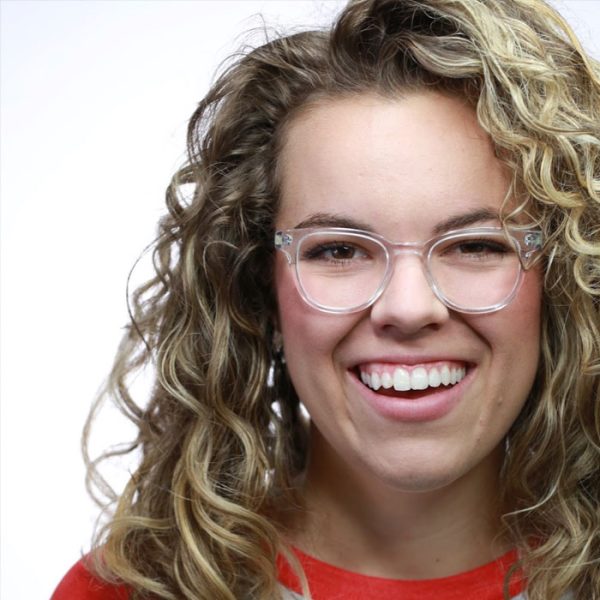 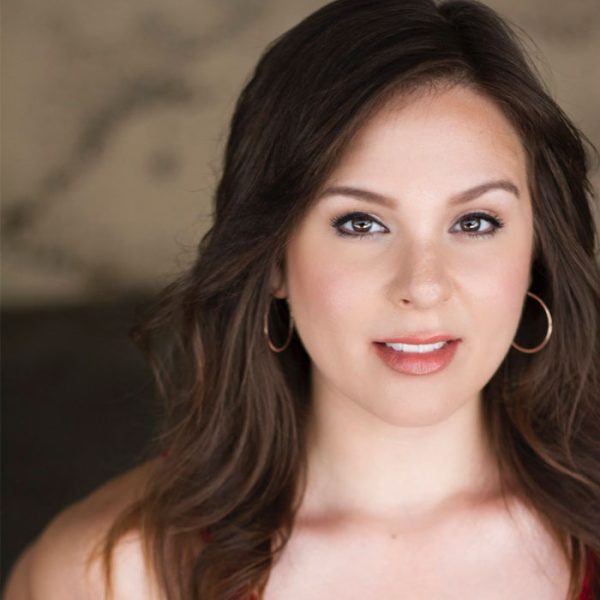 Nikki Elena Spies (Ensemble) is thrilled to be back at MTW! Regional- Grease (Rizzo), The Marvelous Wonderettes (Missy). LA credits- MTW: Oliver! Bright Star, Mary Poppins, Carousel, My Fair Lady, and South Pacific. Crown City Theatre: The Marvelous Wonderettes (Betty Jean). MTG: Mame (Gloria Upson). When not on stage, Nikki is a tour guide at the World-Famous Studio Tour and a proud Hufflepuff in the frog choir at Universal Studios Hollywood. Thanks to Todd, Lindsay and everyone at ATB Talent, y besitos a mi familia! IG:@nikkielena 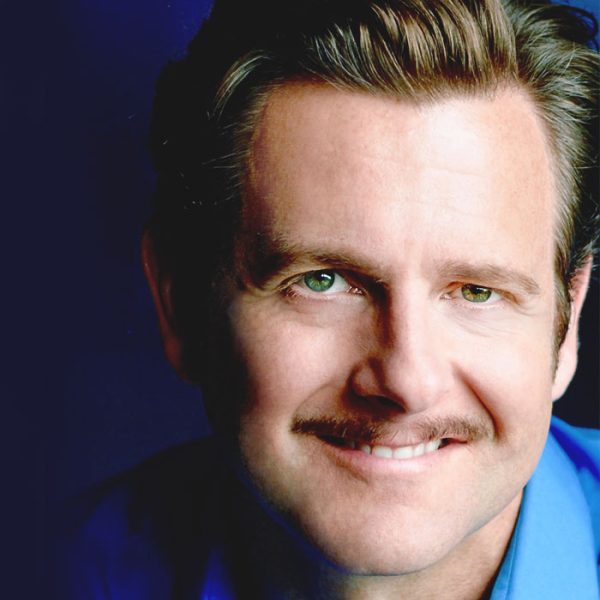 Edward Staudenmayer* (Franklin Hart) is so happy to return home to SoCal & to be making his MTW debut after being given an early start to his career by Producer Paul Garmin in productions of Into the Woods, The Sound of Music and Evita while he was in college. Other credits include:9 to 5 (Ogunquit and Gateway Playhouse&#39;s), Newsical (Studio 54), to name a fraction of his accomplishments and has had the pleasure of singing with the Baltimore, Syracuse, Bartlesville, and Adelaide, Australia Symphonies. He is a graduate of UCLA and a recipient of the Carol Burnett Award. AEA, SAG, AFTRA, AGVA member. 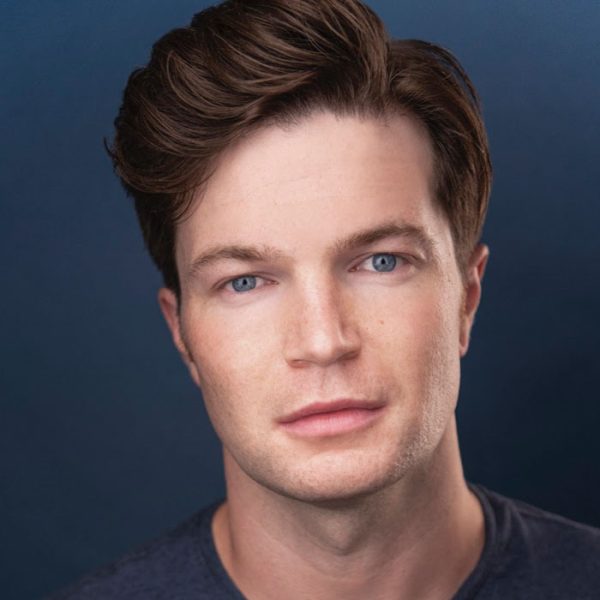