Celebrate Women’s History Month with a Tuesday – Friday series honoring women both on and back stage.  And Saturday morning Zoom dance classes (check out our social media feeds for more details). 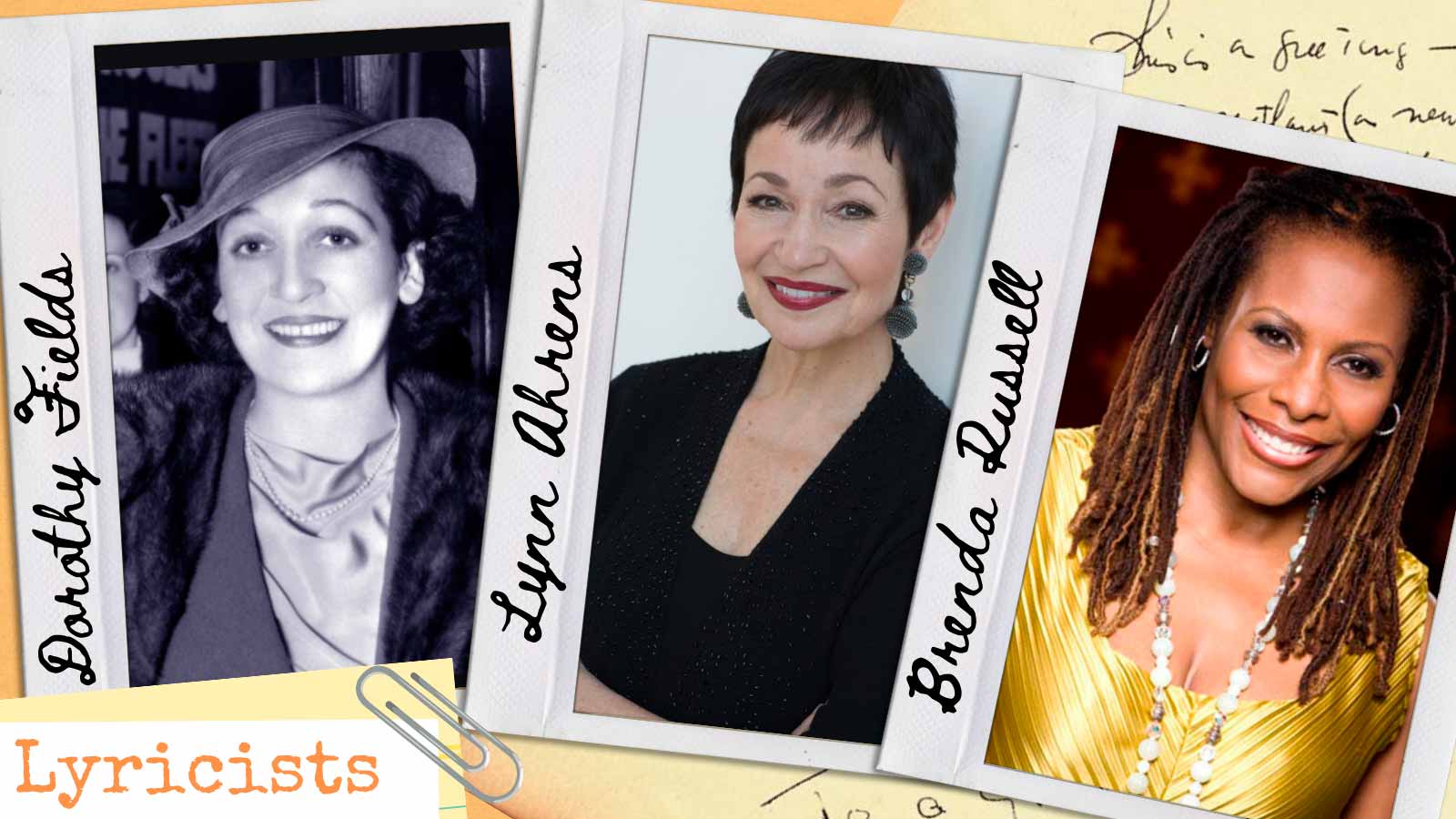 Job Description: A lyricist creates and writes the words for the songs in a musical production. The lyricist works closely with the composer to guarantee that the lyrical and musical components of a piece work together in tandem.

Lynn Ahrens is half of one of the most celebrated musical theatre writing teams of our time, Ahrens & Flaherty. but she is most regarded for her Tony winning musical Ragtime. Younger viewers might recognize Ahrens’ song “Here’s Where I Stand” from the film Camp (2003). Ahrens wrote the teleplay for “A Christmas Carol” (2004) starring Kelsey Grammar, and contributed music & lyrics to “Schoolhouse Rock” for over 35 years.

Brenda Russell is a lyricist, composer, singer, and producer who collaborated with Allee Willis and Stephen Bray to write the musical The Color Purple, which was nominated for a 11 Tony and a Grammy Award, and was revived in 2016, winning a Tony & Grammy. Russell’s primary focus for many years has been Pop & R&B records, having produced for Earth, Wind & Fire, Donna Summer, & Diana Ross, as well as releasing 8 of her own solo albums.

Is a lyricist and librettist who has written over 400 songs for Broadway musicals and films, and was one of the first successful Broadway & Hollywood songwriters. She collaborated with the likes Jerome Kern, Irving Berlin, Cy Coleman, & Jimmy McHugh. Her catalogue of songs includes “The Way You Look Tonight”, “A Fine Romance”, “On The Sunny Side of the Street”, “Pick Yourself Up”, “I Can’t Give You Anything But Love”, and “Big Spender”. 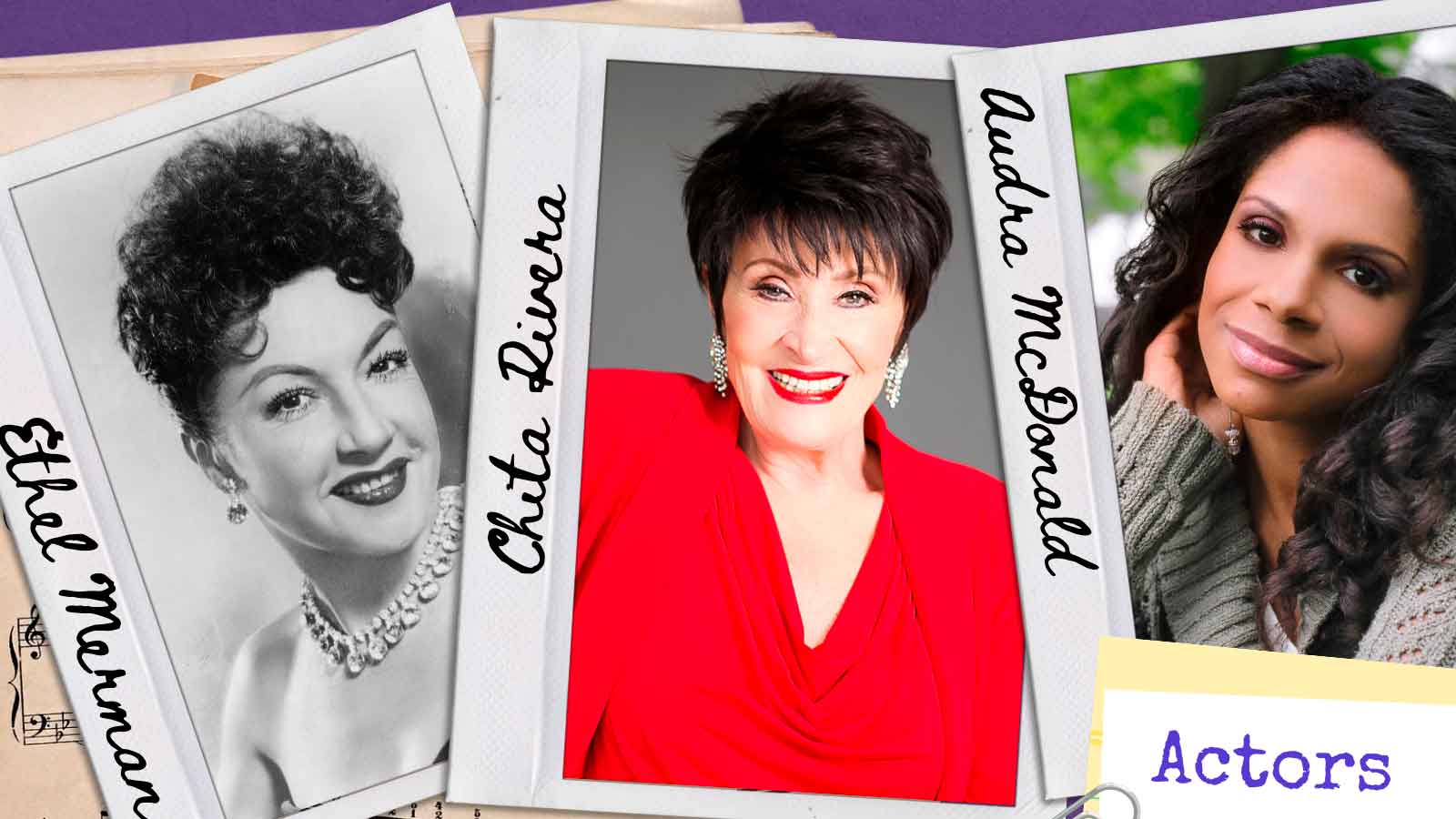 Job Description: Broadway cast members may serve in smaller parts may require only a line or two or no speaking at all, or lead roles that require hours of stage time and the memorization of numerous lines. These spots are particularly demanding, requiring repeat performances that hit the right emotional notes time after time. Musicals have chorus roles that are non-speaking parts but require dancing and singing. Cast members rehearse not only before a play opens but they also frequently must rehearse during a show’s run, polishing and adjusting their performances.

Ethel Merman has been called “the undisputed first lady of the musical comedy stage”. Known for her powerful voice and comedic timing, Merman took the leading roles in the original productions of many beloved musical theatre titles, such as Anything Goes, Annie Get Your Gun, Girl Crazy, Gypsy, and Call Me Madam.

Chita Rivera has been nominated for 10 Tony Awards, with 3 wins, and was the first Latin American to be a Kennedy Center Honoree. One of the most iconic triple threats in Broadway history, Rivera originated some of the most physically demanding roles in musical theatre, such as Anita in West Side Story, Velma Kelly in Chicago, Rosie in Bye Bye Birdie, and many more.

Audra McDonald has the most Tony wins (6) of anyone in Broadway history, and is the first person to win in all 4 categories. In a form increasingly dominated by belters, Audra’s operatic soprano rings out above them all, starring in hits like Ragtime, Porgy and Bess, Carousel, 110 in the Shade, and Lady Day.

WATCH Audra McDonald in 2012 singing “Summertime” from Porgy and Bess 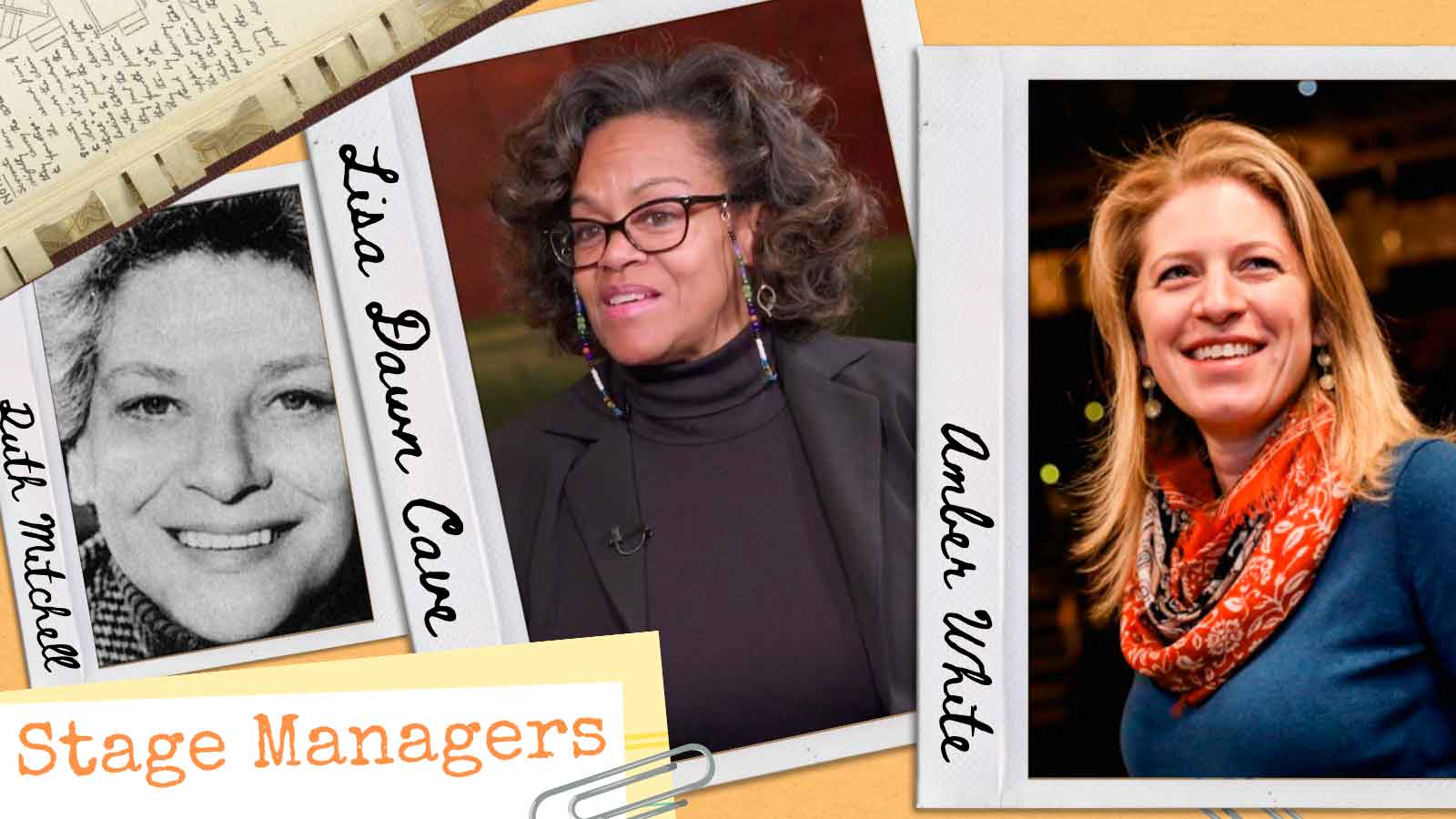 Job Description: The stage manager typically comes on one week before rehearsals, and is essentially the Chief Organizing Officer throughout the rehearsal process. From contact sheets and company member health forms to scene breakdowns and prop lists to taping out the rehearsal room floor, the stage manager is the keeper of all of the information on a production and serves as the go-between for all departments. Once a production moves into the theatre the stage manager wrangles house staff and the needs of the creative team and company, as well as “calling” (readying and cuing all sound effects, lighting, set moves, and more) each performance

Ruth Mitchell was one of the first women to enter the Stage Managing profession. She went on to manage over 50 Broadway productions, including iconic shows such as West Side Story, Sweeney Todd, and The Phantom of the Opera. She partnered as a producer with the great Hal Prince for during the later part of her career.

After a decade as a performer, Lisa Dawn Cave went from swinging (covering multiple roles in the show) to Stage Managing. Since being hired by Hal Prince on the revival of Show Boat, Cave has been a constant presence, managing many of the biggest and most complex shows on Broadway.

After a short stint in the regional circuit, Amber White quickly moved on to Broadway, most notably as a State Manager for Lin-Manuel Miranda’s In the Heights and Hamilton.

READ A Day in the Life of Hamilton’s Stage Manager 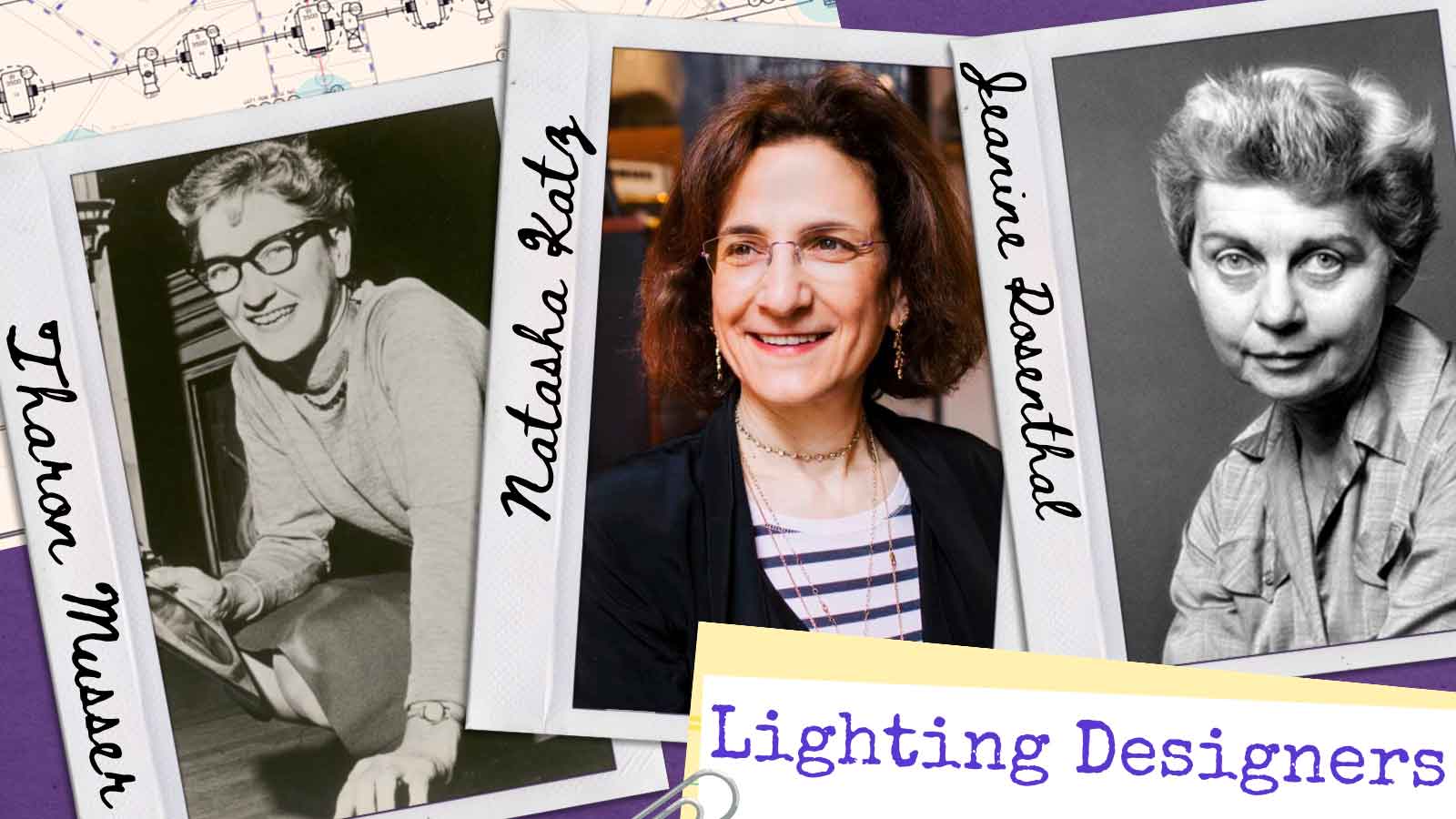 Job Description: Lighting Designers manage all aspects of lighting for a production. They must create plans, determine what lights are needed, direct lighting cues and work with other members of the production team to carry out the vision of the director. Lighting design is essential to direct the eyes, frame the picture and aid in the transitions from scene to scene.

Jean Rosenthal was among the first to establish ‘Lighting Designer’ as a legitimate career and integral member of the design team. Early on, she worked with master artists such as Martha Graham and Orson Welles, and quickly became the best in her field, pioneering the use of flood lights to eliminate shadows (among other contributions). Rosenthal designed hundreds of productions for Broadway, the NYC Ballet, and the Metropolitan Opera.

Tony-winning Lighting Designer Tharon Musser made her B’way debut designing the 1956 O’Neil play A Long Day’s Journey Into Night, and worked early on with other heavy-weights like Edward Albee, Neil Simon, and Gene Saks. Musser launched heavily into musicals in the 1970’s, and with A Chorus Line (1975) was the first to design a production that utilized a computerized lighting console instead of the manually operated “piano boards”

6-time Tony Award-winning Natasha Katz is the leading Lighting Designer on Broadway. She’s designed seemingly every recent hit, from The Prom and most every Disney stage-show, to the upcoming Diana.

WATCH Natasha Katz talk about her journey in theatre 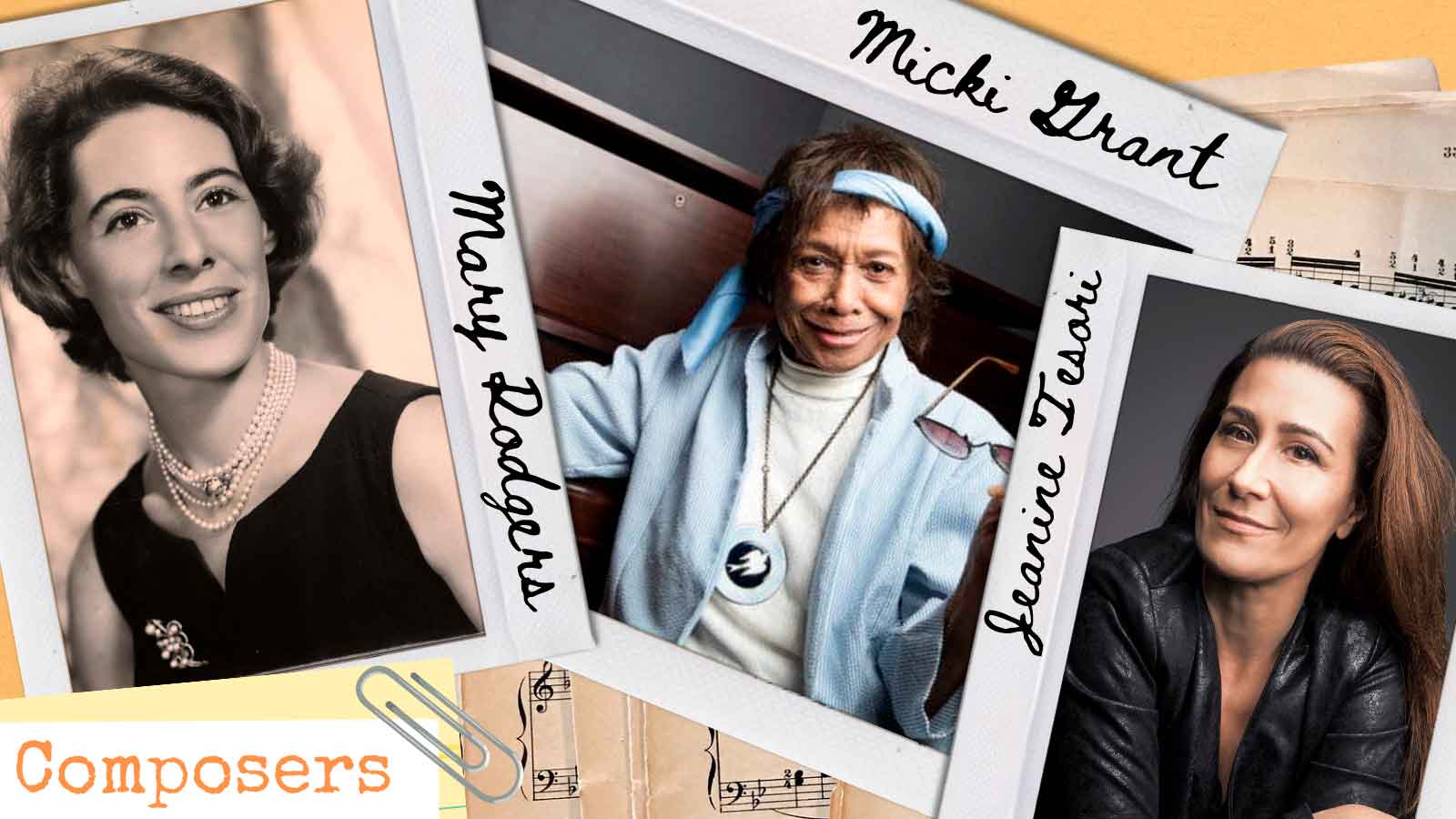