Musical Theatre West strives to provide every resident of Long Beach and the surrounding area with opportunities to encounter and engage with musical theatre.

As an arts leader in one of the most culturally rich and diverse areas in the United States, our community has launched us into a leading professional, award-winning regional theatre with national recognition. For over 65 years we have been a champion of introducing broader audiences to Broadway-caliber musical theatre in Southern California.

We aspire not only to reach diverse demographics through our onstage productions, traveling performances, and numerous educational opportunities, but also to be inspired and influenced by those we serve in an attempt to reflect our community and elevate our art form.

Stevi Meredith was an arts leader in Long Beach and surrounding communities where she served as a theatre teacher, acting coach, and theatre historian.

She was also part of the Musical Theatre West family. One of her contributions to MTW was a Youtube lecture series, "Black Broadway History," in which she discussed the representation and impact of Black culture throughout classic and modern musicals. You can watch the first episode of her educational mini-series here.

“Stevi Meredith’s focus is simple: to bring quality theatre experiences to a group that is often marginalized from such—the African-American community. Her work is also dedicated to empowering, enlightening and educating less affluent and under-served populations within the arts and has been a dedicated figure in Long Beach theatre for years.” (Long Beach Post, November 2012)

MTW’s Cultural Equity and Inclusion Committee has established a scholarship in honor of Stevi’s memory and her dedication to the arts in our community. The audition-based scholarship will be awarded annually to a promising high school student to further their training in musical theatre. To contribute to the Stevi Meredith Scholarship Fund, click the button below. 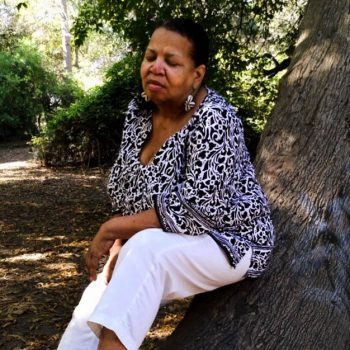 "Theatre is a place of healing, a magical place. With a bit of imagination, we can cast a spell that will entertain and educate... A spell that will allow us to see not only what we were, but what we can become.” - Stevi Meredith

To make a donation to the Stevi Meredith Scholarship Fund, click the button below. From the Donations Page, scroll down to the "Scholarships" section and use the dropdown menu to select "To scholarship." For detailed step by step instructions, please visit our Scholarships Page.