We’re the one that you want!

One of the world’s most popular musicals returns to the MTW stage for a rockin’ revival you won’t want to miss! Travel back to 1959 and join star-crossed Sandy, Danny, and the students of Rydell High as they sing about “Summer Lovin’,” “Greased Lightnin’,” and “Those Magic Changes,” along with all the other songs you know and love. You don’t have to be “Born to Hand Jive” to become “Hopelessly Devoted” to this beloved classic. It’s the one that you want!

Appropriate for ages 14 and up

Vulgar language: “eat me”, “crap.”
Sexual Innuendo
Numerous sexual innuendos in dialogue and song
Violence
Playful scuffling can have a nasty edge; a group of boys teases and shove a “nerd.”
Drug/Alcohol Use
Numerous references to underage drinking.
Mature Content
Vulgar language with a sexual edge: “eat me”. Numerous references to sex, often framed as a girl “giving in”, as in “Does she put out?” References to body parts such as “jugs”. A female character is shamed for having sex and has a pregnancy scare; her male partner is viewed with respect and admiration for his “conquest”.
The Movie version is rated PG-13 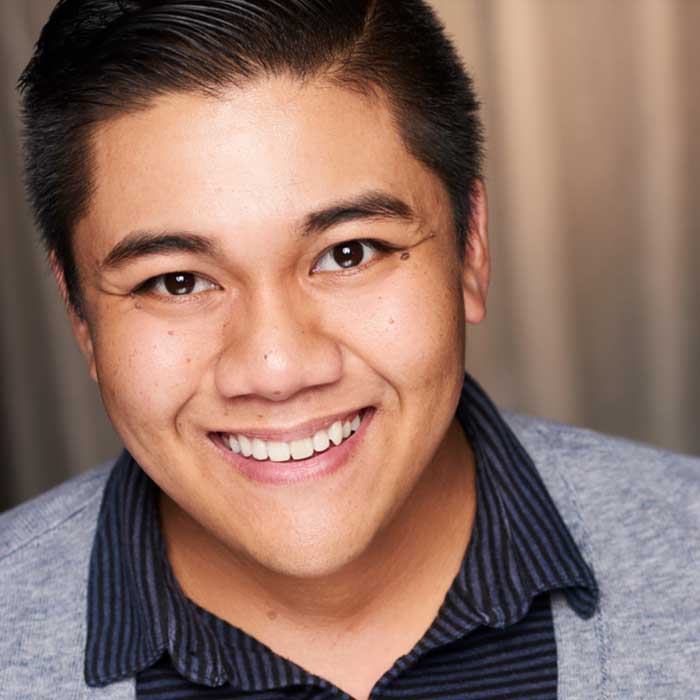 KRIS BONA (Doody) is thrilled to be returning to Musical Theatre West with Grease, having made his debut with a reading of On This Side of the World last year. National Tour: Spamilton. NYC: Invisible, A New Musical (54 Below). Regional: Disney’s Mulan (Tuacahn), Mamma Mia (McCoy/Rigby), Kinky Boots (3-D Theatricals), The 25th Annual Putnam County Spelling Bee (Palos Verdes). B.F.A. Musical Theatre, AMDA. Special thank you to Bren and the Grease Team. Gratitude from God. Support from DA/BM/CM. Love for Mama and Papa. Maraming Salamat! @christopherbona 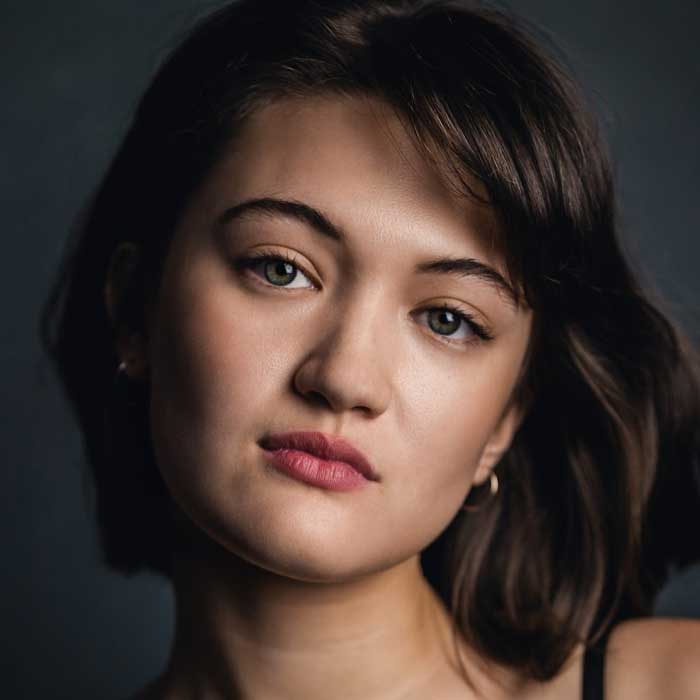 ISA BRIONES (Betty Rizzo) can be seen as a series regular in the Paramount+ Original series “Star Trek: Picard”. Theater credits include: Peggy/Maria in Hamilton (1st National Tour), Natalie in Next to Normal (East West Players) for which she won an Ovation Award, Next to Normal (The Pico), Mistress in Evita (5 Star Theatricals). Endless love to my Mom, Dad, Teo, and my Kenickie (Brian) who have shown me undying support throughout everything. You guys are my rock. 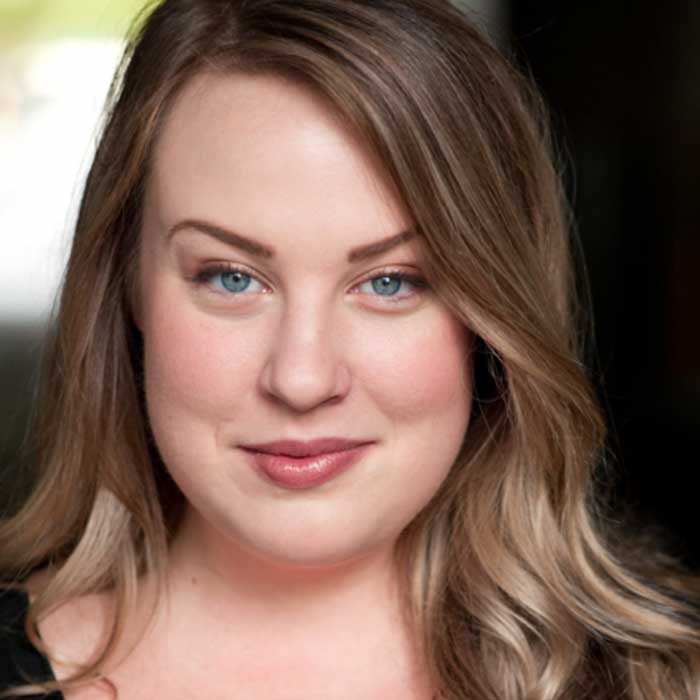 STEPHANIE BULL (Jan) is thrilled to be making her Musical Theatre West debut! Recent credits include: Delores in Waiting in the Wings, Smitty in How to Succeed… and Martha in The Secret Garden. She trained at PCPA and went on to receive her BFA from Cornish College of the Arts in Seattle. She currently works at APA (Academy for the Performing Arts) as an acting coach and director. She would like to thank the cast, crew, family, friends, and students for all of their support. 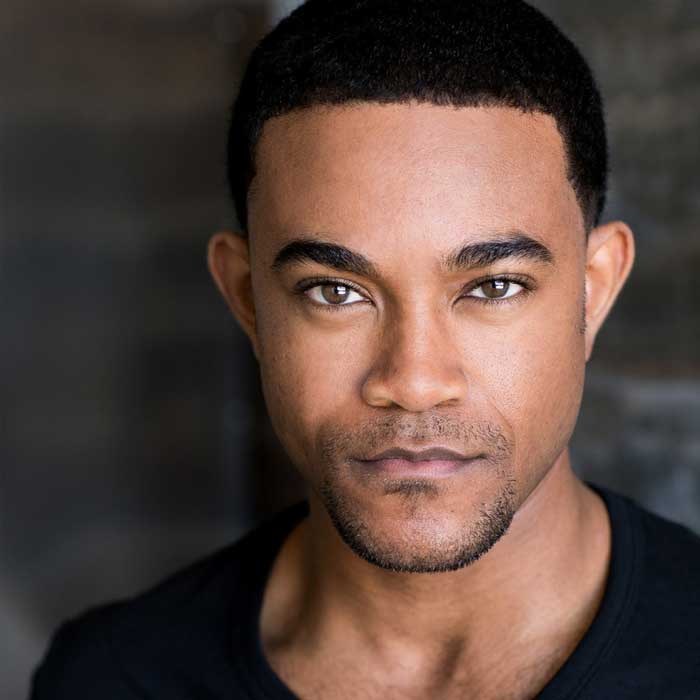 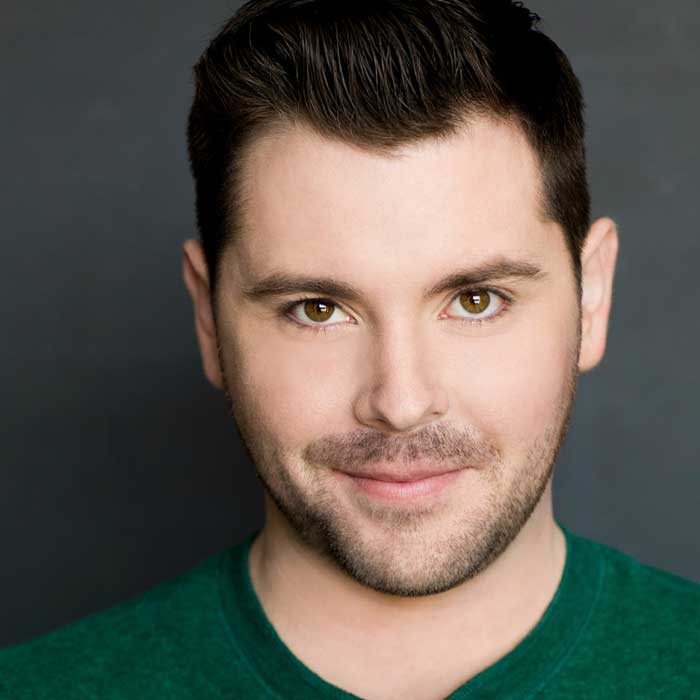 QUINTAN CRAIG (Ensemble) is simply overjoyed to be back on stage again in his 14th Musical Theatre West Production! Recent Credits: Ragtime, (Dance Captain, MTW), 42nd Street, (Billy Lawlor, 3D Theatricals), Something Rotten!, (Ensemble, MTW). Quintan can also be heard on Musical Theatre International’s recordings of Chicago (Billy Flynn), West Side Story (Riff), and Newsies (Jack/Romeo). Quintan is a graduate of Belmont University in Nashville, TN. All my love to Mom, Dad, Mollie Rae, Ryan, Wyatt, Macie, and Veronica. Hangin’ a star on this for Nana. 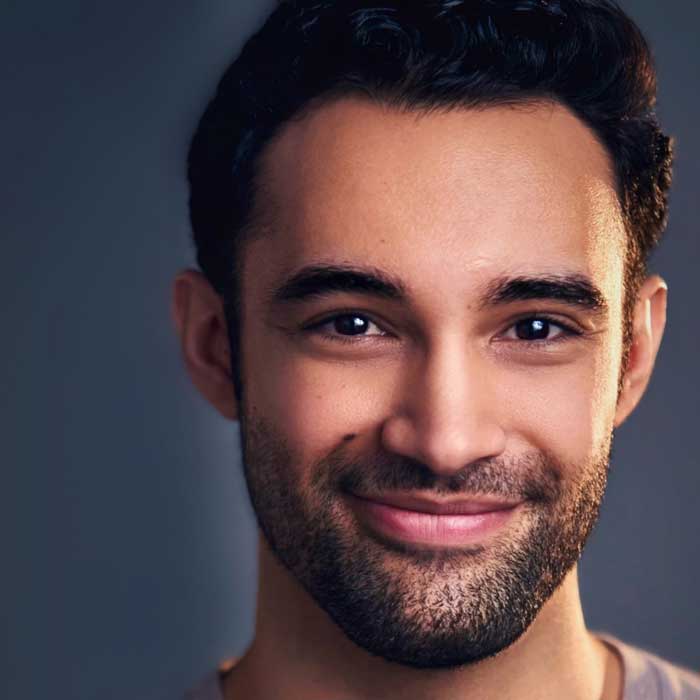 JONAH HO’OKANO (Danny Zuko) Seen pre-pandemic starring as the title street-rat in Disney’s Aladdin (North American Tour), Jonah is thrilled to be making his Musical Theatre West debut in Grease. Regional credits include: 9 To 5 (Joe, North Carolina Theatre), Sideshow (Fakir, 3D Theatricals), Rent (Roger, Plan-B Entertainment), and Carrie: The Killer Musical Experience (Male Swing, LA Production). All the love and gratitude to my partner, Peter, and my agent, Dave, for keeping me sane when possible and dealing with my insanity when not. Jeremiah 29:11 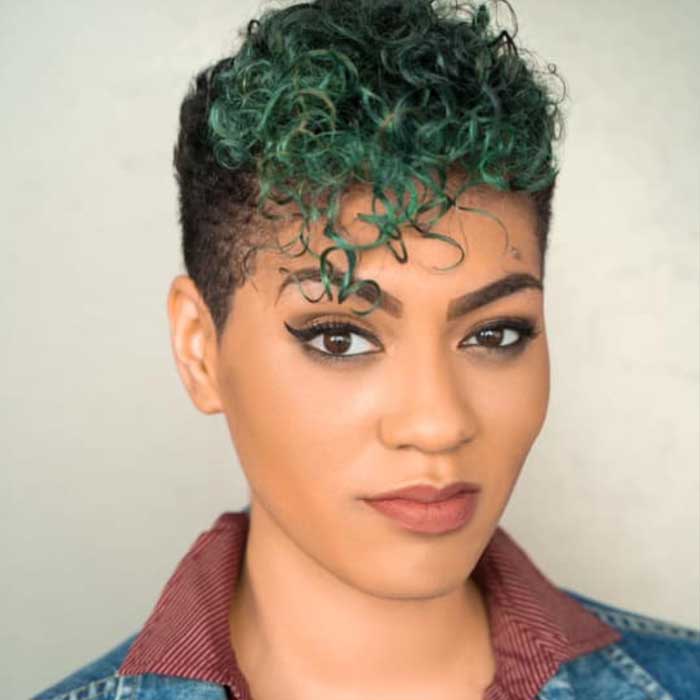 JANAYA MAHEALANI JONES (Marty) is so excited to be making her MTW Debut! She just closed her run as Felicia Farrell in Memphis the Musical at Moonlight Stage Productions. Credits: Esmeralda in The Hunchback of Notre Dame (Moonlight Amphitheatre), Belle in Team Starkid’s VHS Christmas Carol, Sampson in Pat Benatar and Neil Giraldo’s Invincible the Musical (The Bourbon Room), Stanley Uris/Henry Bowers in Stephen King’s ‘IT’ A Musical Parody (Rockwell Table and Stage), Kala in Disney’s Tarzan (Performance Riverside). Janaya also performs with the Five and Dime Jazz Band and The Disney Jr. Dance Party at Disney’s California Adventure. None of this would be possible without her incredible Mother, Sheri, and her team at Connor Ankrum and Associates. @esmerelduhhh_ 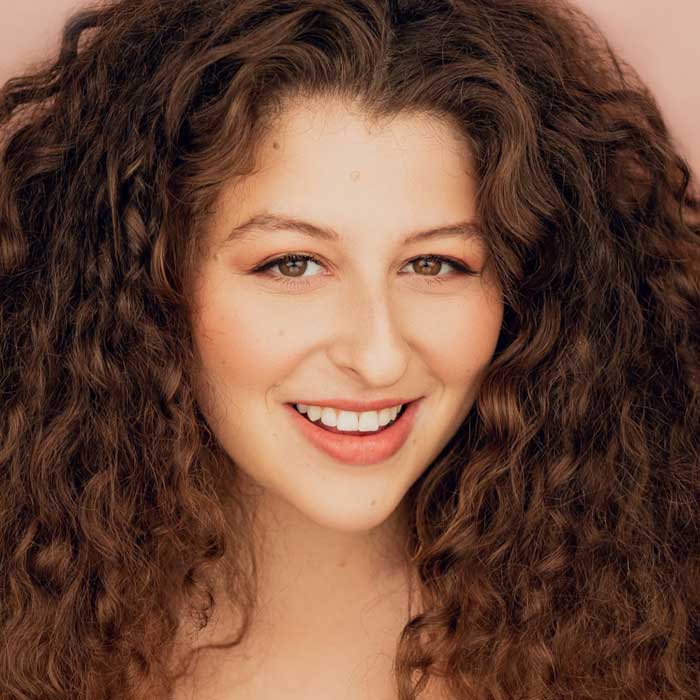 RACHEL KAY (Frenchy) is thrilled to be doing her first production with Musical Theatre West. Most recently, she made her national tour debut with Jimmy Buffet’s Escape to Margaritaville as Ensemble and an understudy to Tammy. Regional credits include Chicago (Roxie), West Side Story (Graziella, u/s Anybodys), and Show Boat (Dancer, u/s Ellie May Chipley). Rachel received her BFA from Syracuse University in 2020. She would like to thank this amazing creative team, as well as her family, friends, and mentors for their endless support. 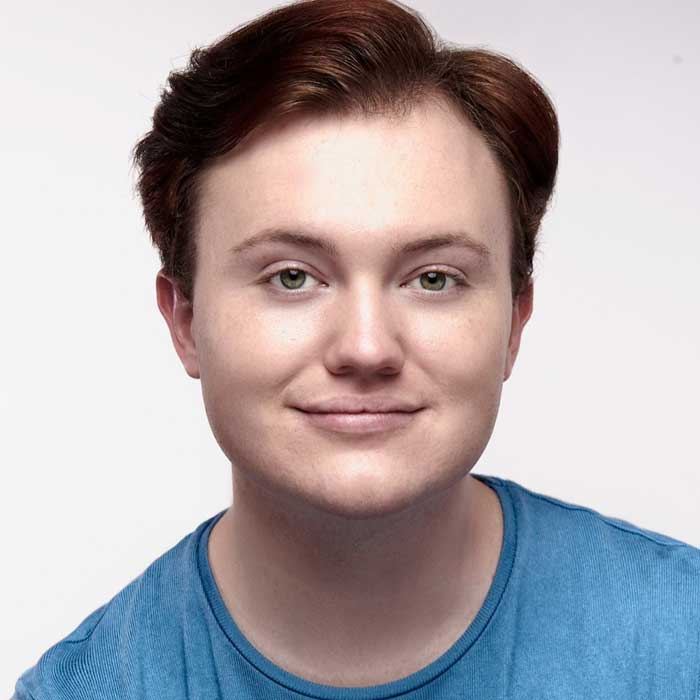 AUSTIN OWENS KELLY (Eugene) – has a BFA in Musical Theatre from Texas State University. They’re a member of the Wallis Studio Ensemble at the Wallis Annenberg in Beverly Hills, performing in their production of RECKONING (Various). They first appeared in MTW’s The Wizard of Oz (Lollipop Guild Leader), as well as various Reiner Reading Series: The Most Happy Fella (Ensemble), Babes in Arms (Beauregard), and Ben Franklin in Paris (Benjamin Franklin Bache). They’d like to thank FireStarter Entertainment, as well as their wonderful family. Instagram: @AustinOwensKelly 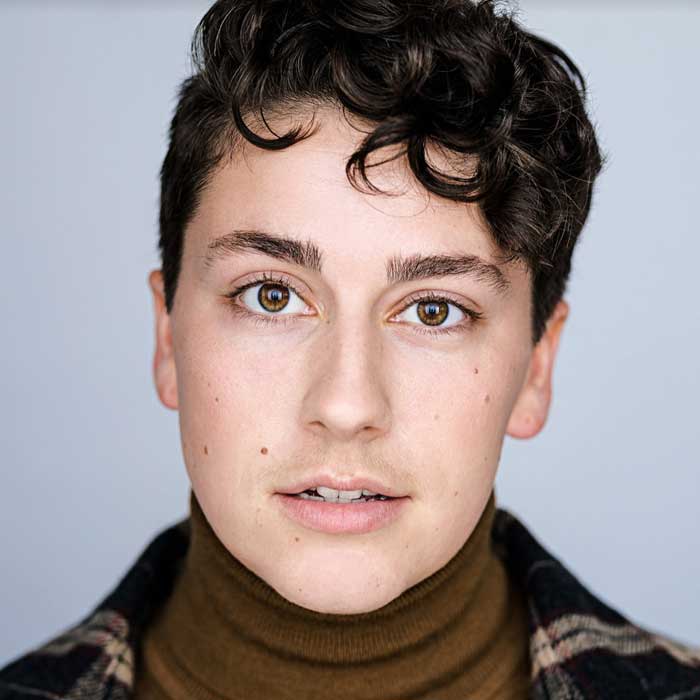 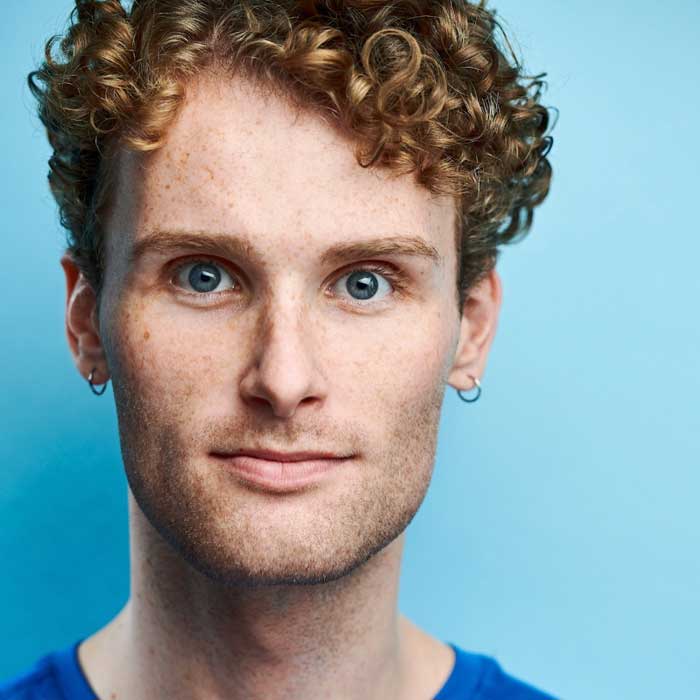 KURT KEMPER (Ensemble) is so honored to be performing at MTW and returning to the LA theatre scene! This is his first time back on stage since receiving his BFA from Point Park University (Pittsburgh, PA) in 2019. Past credits include Kiki in Legally Blonde (Ovation Nominated), 42nd Street (Billy Lawlor), Sweet Charity, The Who’s Tommy, and Sunday In The Park With George. All the love to his teams at Go2Talent & CESD, those who’ve mentored him to where he is today, and his family who’ve supported him every step of the way. Insta: @imatallglassofwater 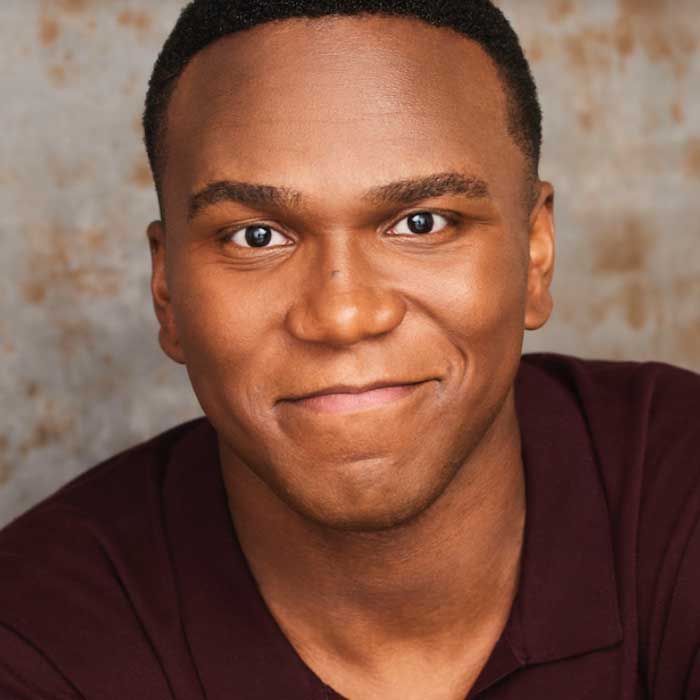 JALON MATTHEWS (Roger) is electrified to return to Musical Theatre West! Most recent regional credits include: The Lehman Trilogy (Center Theatre Group), Frederic in The Pirates of Penzance (Utah Shakespeare Festival), u/s Coalhouse in Ragtime (Utah Shakespeare Festival), and Sebastian in Disney’s The Little Mermaid (Musical Theatre West). MFA (Acting) from UC Irvine and BA (Acting) from Pepperdine University. Thank you to his family, friends, Bubba, and FSE for their love and support! 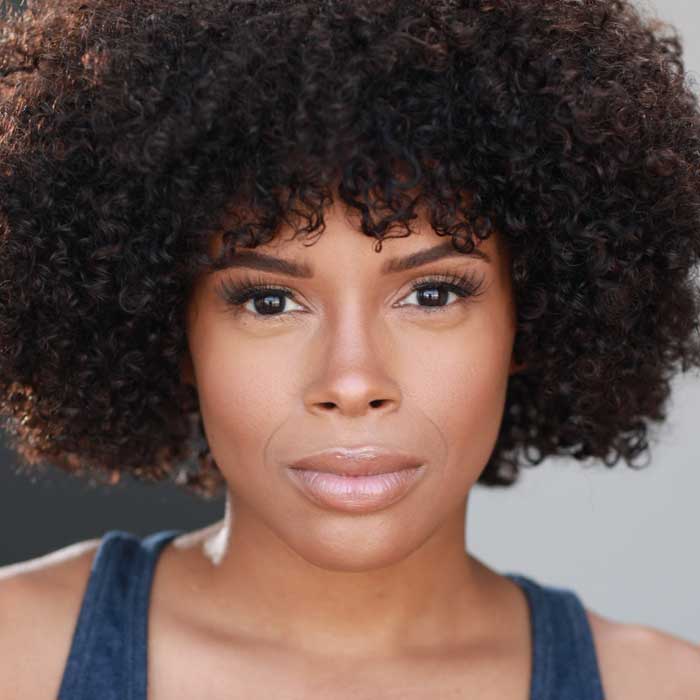 AURELIA MICHAEL-HOLMGREN (Cha-Cha Digregorio/Dance Captain) was born and raised in the Bronx, New York, and is a graduate of the University of Maryland, College Park and the Fashion Institute of Technology. She has performed in regional productions of Legally Blonde: The Musical, Ghost: The Musical, In The Heights, and the Original Broadway production of Summer: The Donna Summer Musical. Aurelia is also a life coach and voiceover artist residing in Los Angeles, CA. 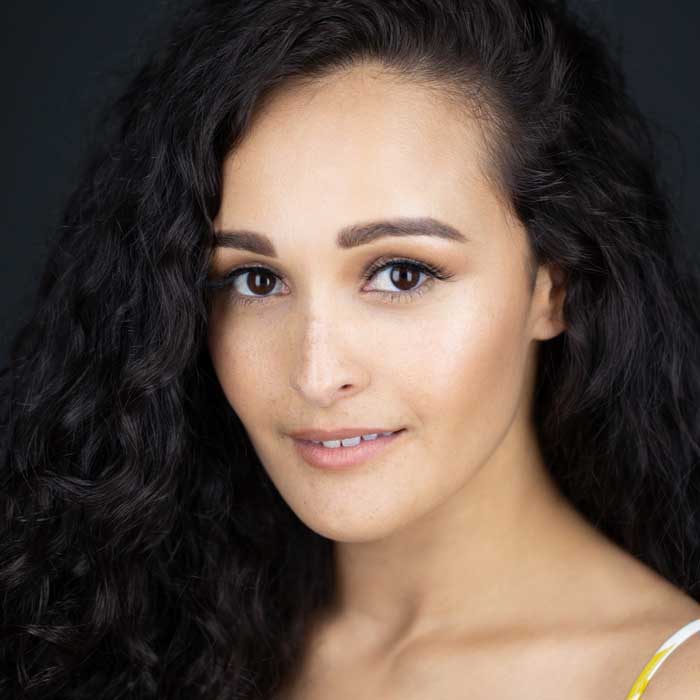 ANYSSA NAVARRO (Ensemble) is thrilled to be back performing at MTW in this production of Grease! She received her BFA in Musical Theater from Cal State Fullerton. Favorite performance credits include: In the Heights (Nina), West Side Story (Rosalia), Mainstage performer (Disney Cruise Line), Vocalist (Disneyland Resort). Grateful to my family and friends for their constant support. We Go Together! 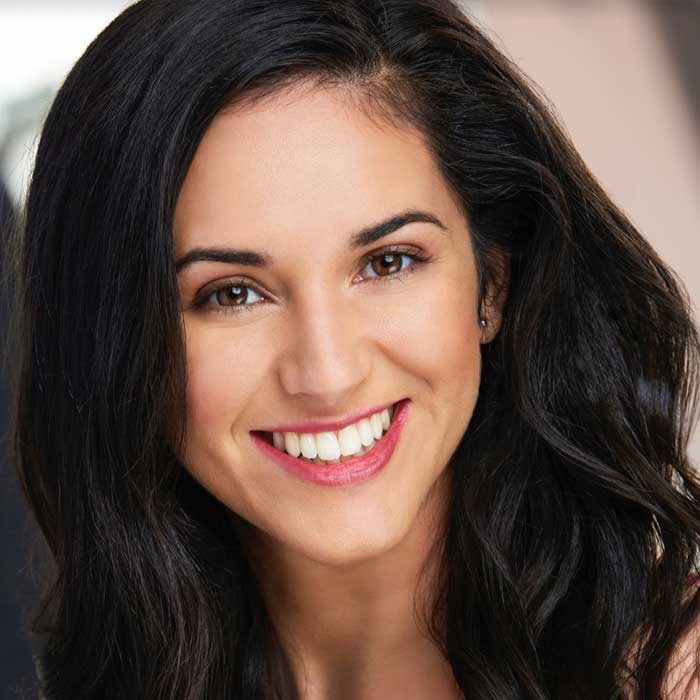 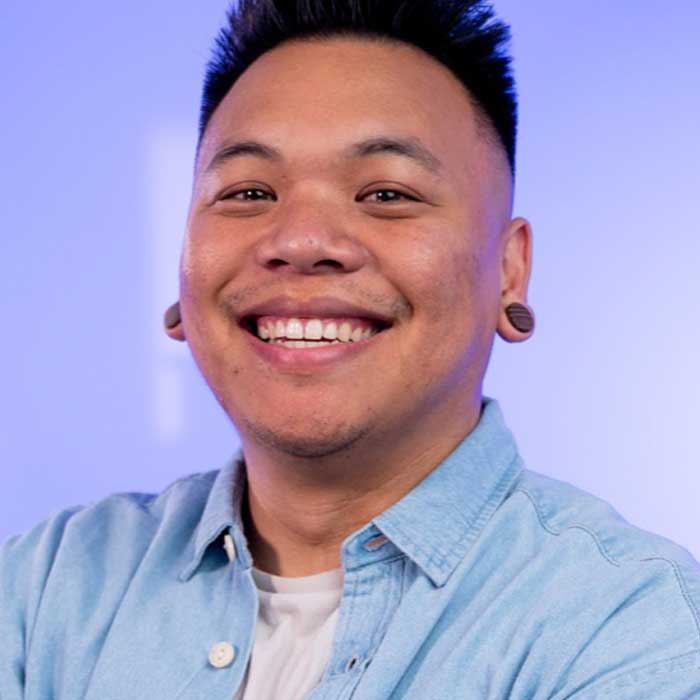 AJ RAFAEL (Johnny Casino) is from Moreno Valley, CA. Theatre credits include: Mamma Mia! (Pepper) at East West Players, world premiere of Burn All Night (Oz) at American Repertory Theatre, and Tarzan (Terk) at Performance Riverside. AJ is the founder and musical director of the show, Crazy Talented Asians. AJ has 1 million YouTube subscribers and was named a Filipino-American Game Changer by the City of LA in 2018. Thank you Snehal, Andrew Lee, SoS pod, my sisters, and mom! Love to my fiancée, Alyssa! Representation matters! 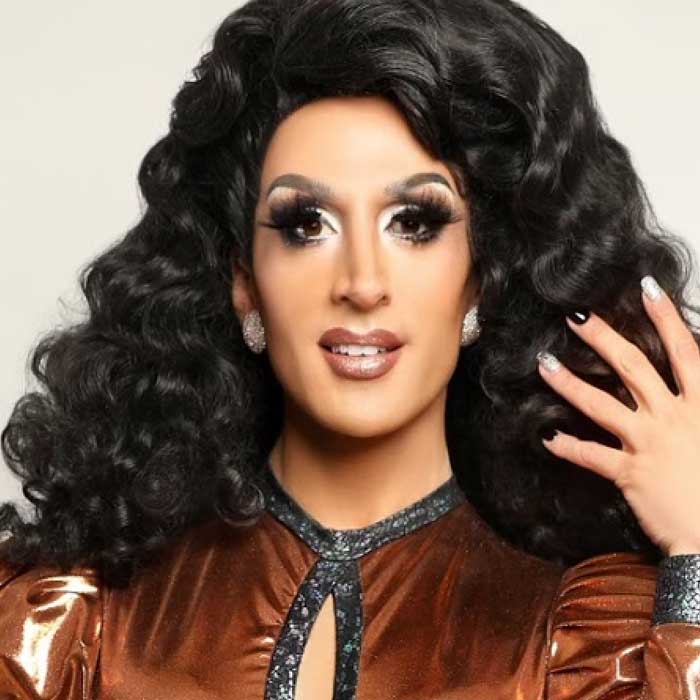 DARIUS ROSE is best known as his drag alter-ego Jackie Cox, a semi-finalist from Season 12 of RuPaul’s Drag Race. She was the first queen of Iranian descent to appear on the show, making history when she appeared in a hijab on the runway. In her hometown of NYC, Jackie has long been a feature of the theatrical cabaret scene and recently completed a world tour of her show JackieVision which featured her take on the hit song “Agatha All Along” and was showcased on the Disney+ show “This is Me: A Pride Celebration Spectacular.”

In addition to Drag Race, Jackie has appeared in a recurring role on NBC’s “Days of Our Lives” & Peacock’s “Days of Our Lives: Beyond Salem”, in ABC’s “What Would You Do?”, in Fusion’s “Shade: Queens of NYC”, as well as numerous appearances on Bravo’s “Watch What Happens Live”, winning the title of “Real Queen of Beverly Hills” for her impersonation of TV personality and Depends undergarment spokeswoman, Lisa Rinna. 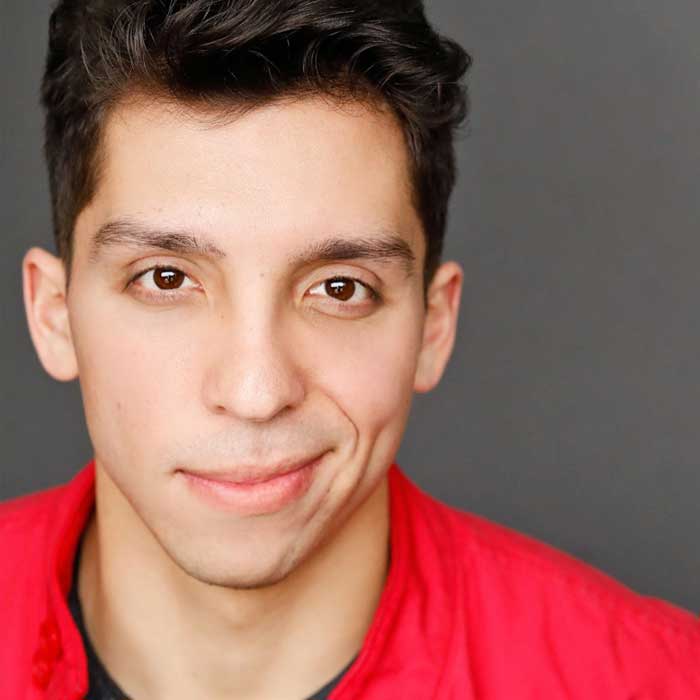 MAX TORREZ (Ensemble) is stoked to be joining his fellow classmates at Rydell High. Most recently, Max was seen as the Proprietor in East West Players’ hit production of Assassins by Stephen Sondheim, and has been featured in several national commercials for brands like Bud Light and Xfinity. Regional Theatre Credits: Sky in Mamma Mia! (EWP), Zé Esquiva in Olivério: A Brazilian Twist (MainStreet Theatre Co.) Thank you fam and friends, Russ, Grace, and the big man upstairs. Gram, this one’s for you! 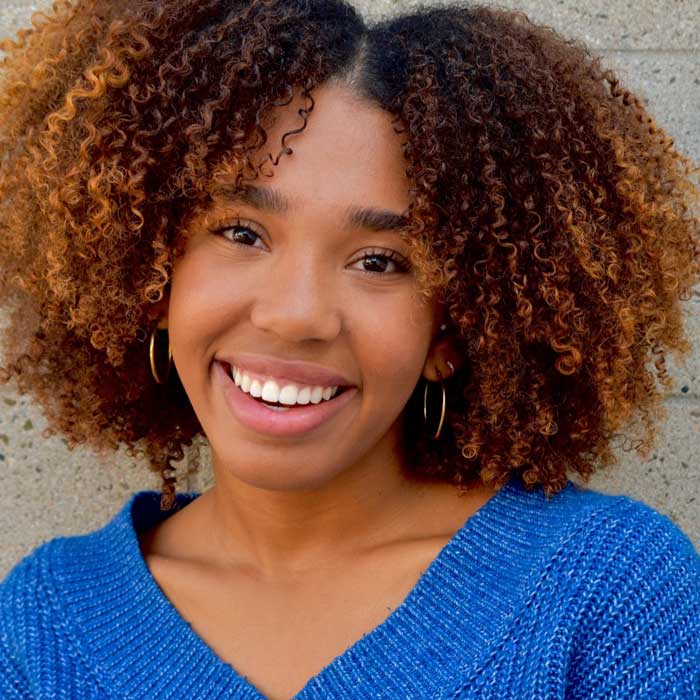 VIRGINIA TRENT (Ensemble) is a Los Angeles based actress who currently attends UCLA for Musical Theater. Some of her most notable roles and projects in Film and Theater have been Seaweed in Hairspray, Evvie in BFE, a Show Opener for Matthew Bourne’s Red Shoes Ballet, a Burlington Summer Campaign, a Just Dance commercial, and the Earth,Wind, and Fire music video for “You Want My Love.” She also served as Dance Captain for In The Heights, Guys and Dolls, Hairspray, and Pippin. 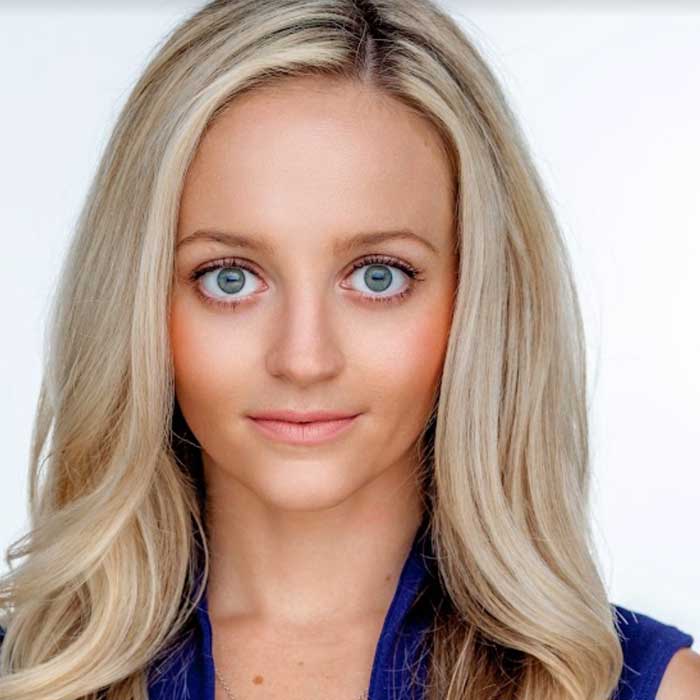 DEVAN WATRING (Patty Simcox) is ecstatic to be back at MTW! A native of Kansas City, MO, she studied at Oklahoma City University, and is a protégé of Robert L. Reed and The Four Step Brothers. MTW: Yankee Doodle Dandy (Alice Nolan) Nat’l Tour: Dirty Dancing (Dance Captain/ Swing/ u/s Baby/Lisa) 3DTheatrics: Young Frankenstein (Dance Captain) TV: NBC’s “America’s Got Talent.” Other Credits: Disney Cruise Line. She would like to thank MTW and the entire creative team, her agent Jim Keith, her incredible family, and her supportive fiancé, Cory.  @DevanWatring