Based on one of Hans Christian Andersen’s
most beloved stories and the classic animated film.

Disney’s The Little Mermaid is a hauntingly beautiful love story for the ages. With music by eight-time Academy Award winner, Alan Menken, lyrics by Howard Ashman and Glenn Slater and a compelling book by Doug Wright, this fishy fable will capture your heart with its irresistible songs, including “Under the Sea,” “Kiss the Girl” and “Part of Your World.” 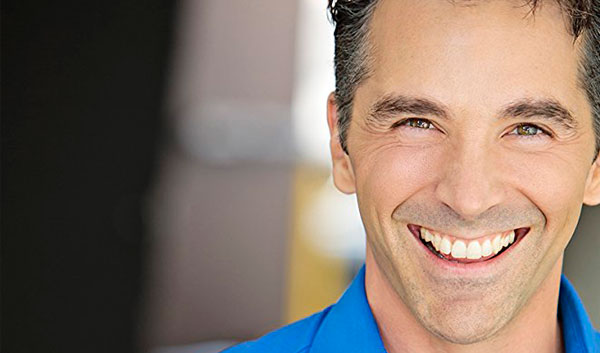 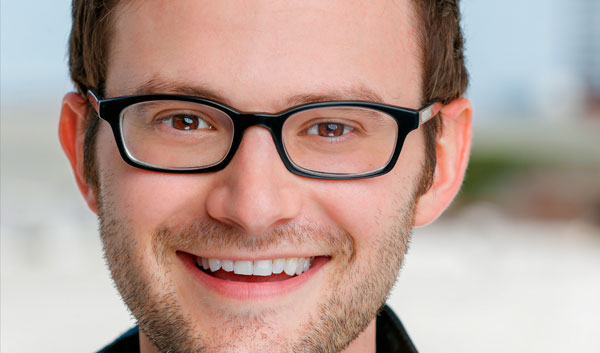 Matt is super happy to make his MTW debut as the other half of this slimy duo, having previously played Flotsam at the St. Louis MUNY. Selected stage credits include the premiere of Band Geeks! (Goodspeed and cast album), Linus in …Charlie Brown (Theatre Aspen), and recently Minnie’s Boys and Zorba with the Musical Theatre Guild. He has appeared on “Mozart in the Jungle,” in several national commercials - including a stint as the spokesman for Expedia, and his voiceover work ranges from ads for McDonald’s to children’s audiobooks for Scholastic. Proud AEA, SAG-AFTRA, and MTG company member. www.mattbraver.com 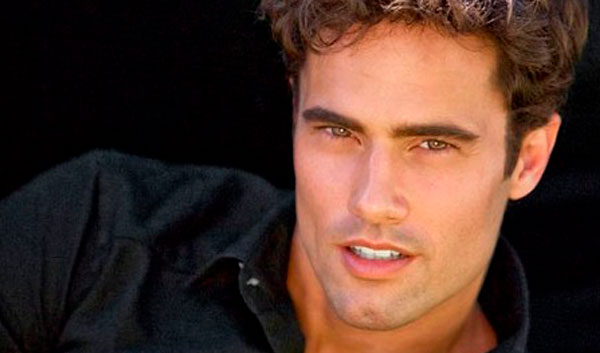 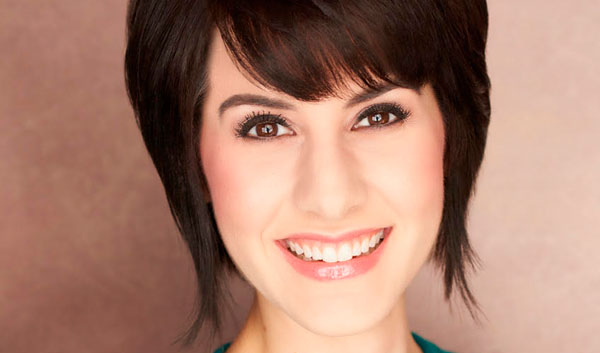 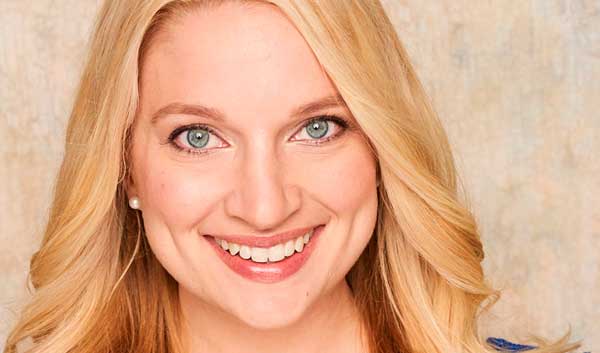 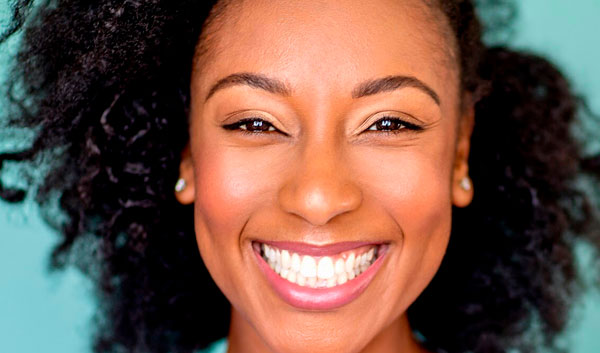 Fatima is ecstatic to join Musical Theatre West’s production of Disney’s The Little Mermaid! Selected credits include: Breaking Through (The Pasadena Playhouse), Empire the Musical (La Mirada Theatre for the Performing Arts), Dreamgirls (McCoy Rigby Entertainment), Havana Music Hall (The Odyssey Theatre), Little Shop of Horrors (Alaska Center for the Performing Arts) and Marilyn! The New Musical (Caesar’s Palace The Paris). She thanks her unwavering friends and family, and the team at DDO Artists Agency. 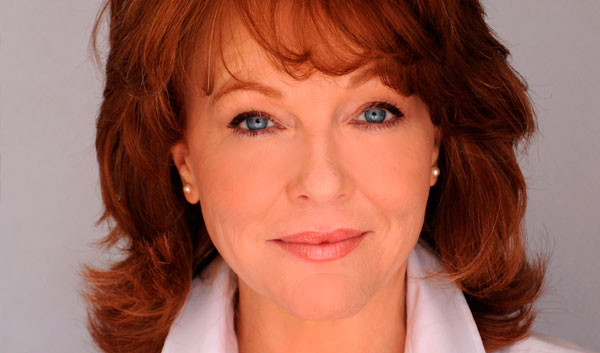 Cynthia has played leading roles in over one-hundred musicals at major theaters across the country, including four National Tours. She has worked with and performed alongside Garry Marshall, Julia Roberts, Carol Burnett, Alec Baldwin, Courtney Cox, Michael Feinstein, and the Nicholas Brothers. Cynthia appeared at Madison Square Garden in Elf and in regional productions of Yankee Doodle Dandy, Mary Poppins. As a director, Cynthia has helmed productions of 9 to 5 and Louisiana Purchase. Film and Television, Ms. Ferrer appeared in “Mother’s Day”,”Valentine’s Day”,”Georgia Rule”, “Cougartown”,”Crossing Jordan”,”Port Charles” and “General Hospital.” 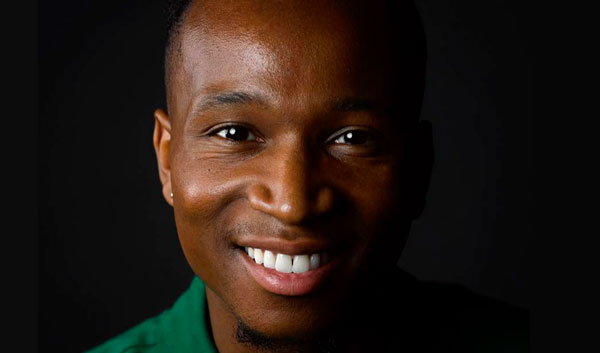 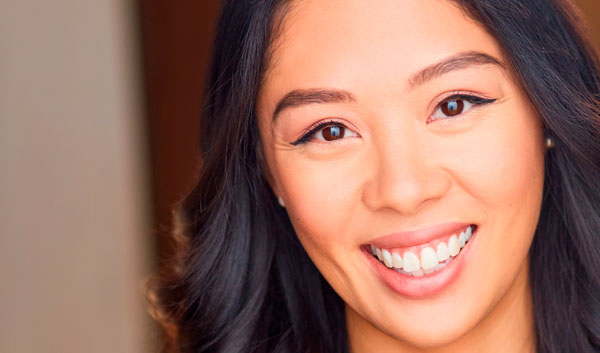 MTW Debut! Favorite adventures on stage: Lincoln Center Theater’s The King and I (1st Nat’l Tour), In The Heights, Sweet Charity, Miss Saigon, How To Succeed…, The Producers, Hello Dolly!, Guys and Dolls. When not on stage, Marie choreographs show choirs, is always on the hunt for good coffee, and has a passion for doughnuts. Thanks to the teams at MTW and DDO Artist’s Agency. Love to her husband, Orbs. For Brady & Cassidy. 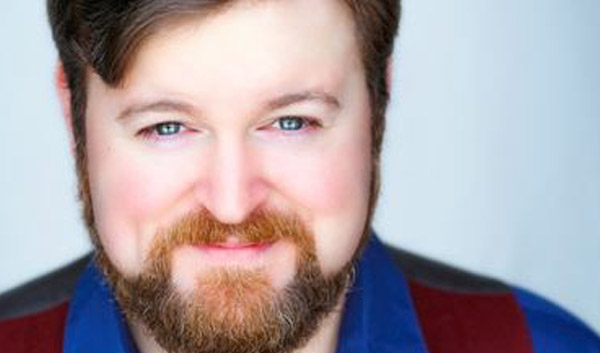 Jacob is thrilled to be making his debut at Musical Theatre West. Past roles include Caiaphas in Jesus Christ Superstar, Perchick in Fiddler on The Roof, Berger in Hair, Stanley in Brighton Beach Memoirs, Romeo in Romeo and Juliet, and many others. Jacob began his acting career in Washington State. He would like to thank his loving girlfriend Samantha who supports and lifts him on high and his Mom for waiting in the car through countless late night rehearsals. 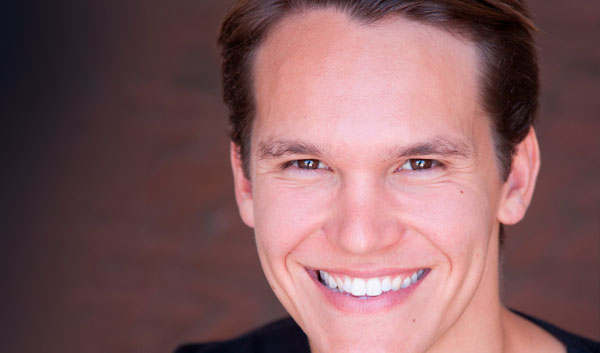 Chris has performed in The Secret Garden with 3D Theatricals, South Pacific with the Culver City Symphony Orchestra, South Pacific with San Diego Musical Theatre, Sweeney Todd in Budapest, Hungary, Lost in the Stars with the Los Angeles Chamber Orchestra, as well as in numerous operas in the greater Los Angeles area. He holds a BA in Vocal Performance from UCLA. He is very excited to join Musical Theatre West for this heartfelt show! 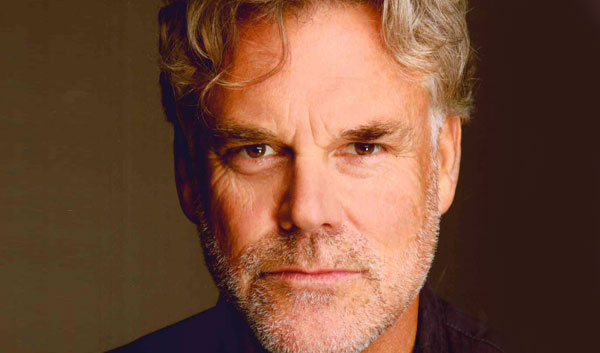 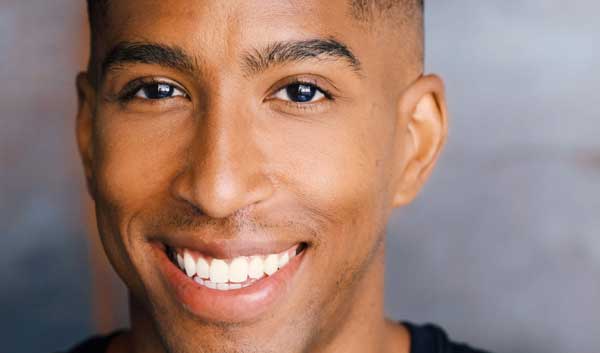 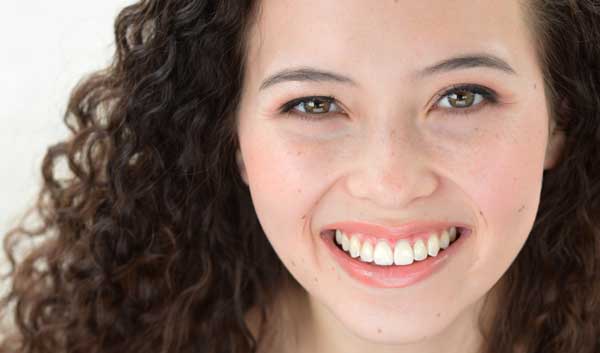 Kailyn is thrilled to make her MTW debut in Disney’s The Little Mermaid! You can currently see her “letting it go” in Disney California Adventure’s Frozen - Live at the Hyperion. Favorite roles include Cinderella in both Into the Woods and Rodgers and Hammerstein’s Cinderella. She’s a proud graduate of UCLA’s Ray Bolger Musical Theatre program. Thank you to the cast, crew, production team, KMR, and her family, friends, and mentors for their endless support. 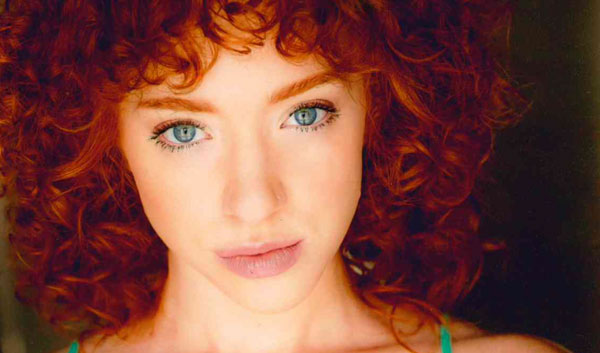 Adrianna is thrilled to be making her MTW debut. Regional productions include Anytime Annie in 42nd Street with 3D Theatricals; Mama Mia!, Spamalot & Hair at the Hollywood Bowl; Helga in Cabaret with La Mirada Theater for the Performing Arts. She is coming off the National Tour of Million Dollar Quartet as Dyanne, and has also performed in Million Dollar Quartet on the high seas of Norwegian Cruise Lines. Thank you to Anthony and DDO for their never ending support. Tw/Insta: @adrianna___rose 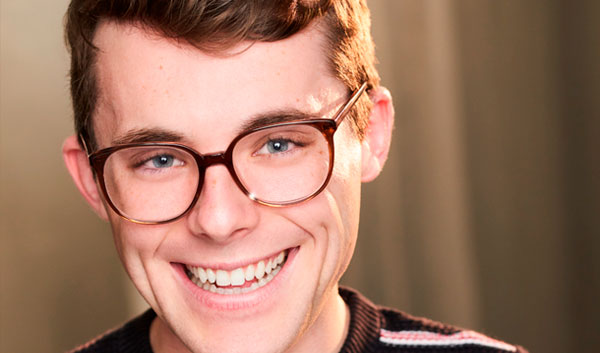 Connor is absolutely ecstatic to be making his mainstage debut at Musical Theatre West! A recent graduate of UC Irvine in the BFA Music Theatre program, his previous credits include: Arpad Laszlo in She Loves Me (MTW - Reiner Reading Series), Emmett Forrest in Legally Blonde and Jack in Into the Woods (UC Irvine), and Flounder in The Little Mermaid (Moonlight Stage). Many thanks to his family, friends, and teachers for their love and support. 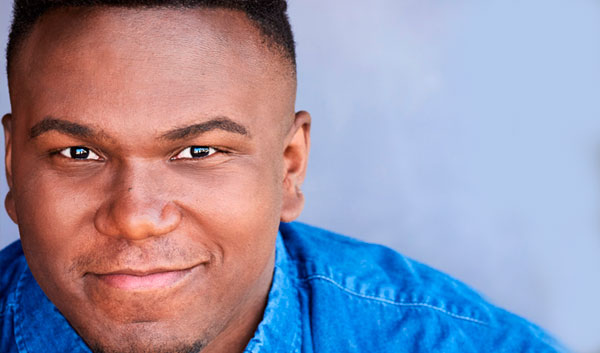 Jalon is so grateful to make his MTW debut this summer under the sea! He was recently seen as Bobby Child in Crazy For You, Truffaldino in The Servant of Two Masters, Andrei in Three Sisters, and Jack in Into the Woods. Jalon graduated from Pepperdine University with a BA in Theatre Arts and the John Raitt Award for Outstanding Contribution to the Performing Arts. He is currently a MFA acting candidate at UC Irvine, graduating spring of 2020. Big thanks to his family, friends, and cat for their love and support. Visit jalonmatthews.com and @jalonmatthews on instagram. 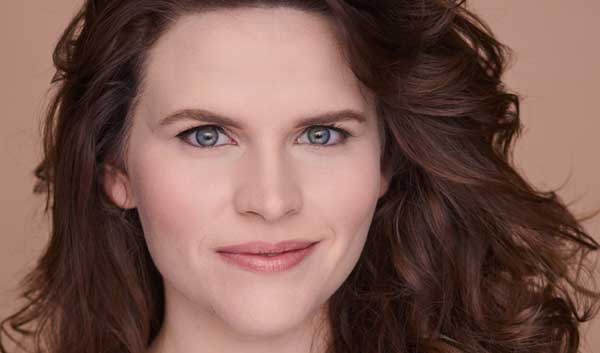 Katharine is thrilled to be back at Musical Theatre West this summer! Previous MTW credits include Mary Poppins (Mary) and My Fair Lady (Eliza Doolittle). Katharine was most recently seen as Evelyn Nesbit in Pasadena Playhouse’s Ragtime. Other California theatre credits include Elsa in FROZEN (Hyperion) and Emily O’Dowd in EMPIRE (McCoy-Rigby). Katharine’s directing credits include The Scarlet Pimpernel at the Hollywood Fringe Festival and Chromolume Theatre. This fall, catch Everyday Unromance— Katharine’s song cycle inspired by her worst first dates. All the love in the world to Dad, Mom, Meg, and Cal. www.katharinemcdonough.com. Insta:@ladykatethegreat 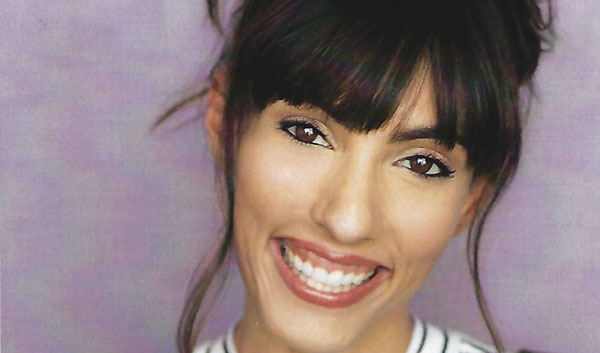 MTW debut! Currently, Tayler can be seen performing at the Disneyland Resort in Mickey and the Magical Map and Frozen: Live at the Hyperion! Regional: Polly (Crazy For You; SDMT), Ensemble (Singin’ In the Rain; MRE) Olive (25th Annual…Spelling Bee; PVPA), Marisa (Women on the Verge…; MTG), Jasmine (Aladdin: A Musical Spectacular; DCA). Thanks to DDO, everyone involved in this wonderful production, her family, her loving husband, and God. Psalm 37:4. 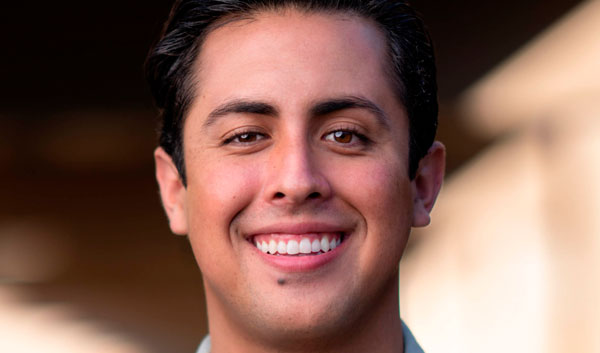 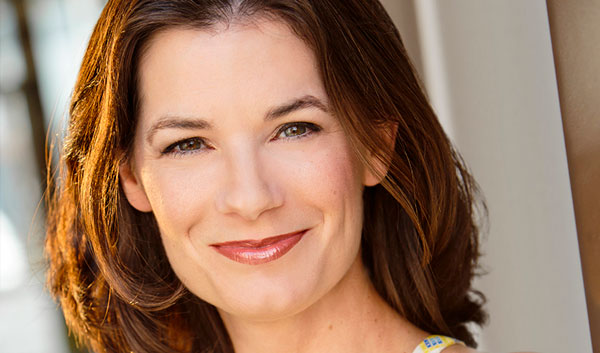 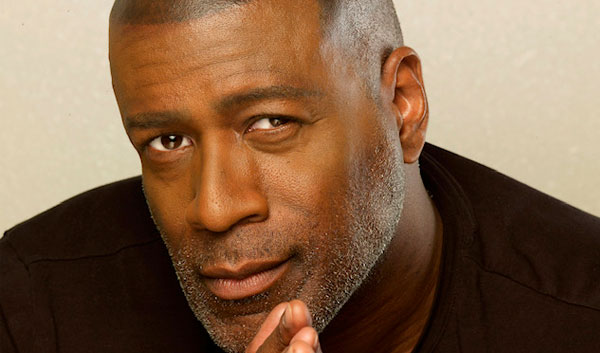 Marc is thrilled to make his MTW debut. A Pennsylvania native, He came west to study Vocal Music Performance, first at Central Washington University, then the University of Washington. After college, He fell into a modeling career which spanned the next 25 years, while singing at San Francisco Opera, the Chicago Lyric and Seattle Opera. After his Seattle Symphony debut, (Faure’ Requiem), He was asked to join Hal Prince’s First National Tour of Show Boat, (US, Canada & West End). Then Ragtime, Secret Garden, Lion King, Aladdin, JC Superstar, Aida, Phantom, and Tarzan. Currently, He can be seen as Grand Pabbie and the Bishop in Disney’s Frozen at the Hyperion Theatre in California Adventure. Along with many TV/Film credits, Marc Cedric is also an active voiceover talent and a proud member of Equity. 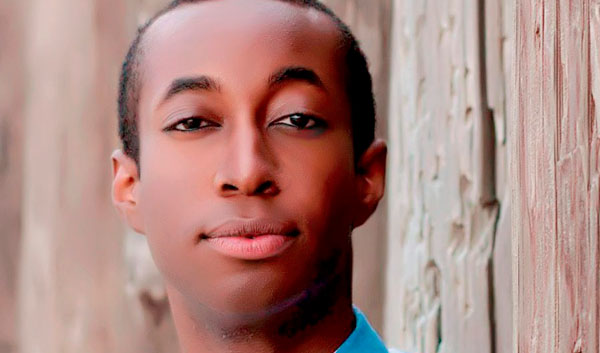 Originally from Chicago, Scott has lived across the states training in many dance styles including Ballet and Tap. After graduating from high school in Texas, he made the big move to California and joined the Young Americans, having the opportunity to travel around the world teaching and performing. He just returned from a contract with Norwegian Cruise Line as a Principal Dancer and is very excited to make his debut with MTW this season. 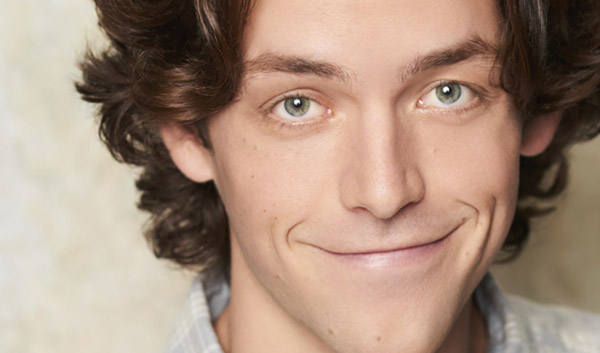 Brady wants everyone to know that getting to work with Musical Theater West once again is “the bubbles!” His former credits include Marry Poppins (MTW), 42nd Street (PVPA), Joseph… Dreamcoat, Hello Dolly (3DT), and Billy Elliot (Plan B). He is currently formulating plans to take his love of dance and musical theater and put it on film. Special Thanks to my family, my agents, Musical Theater West, and Danny Pelzig! 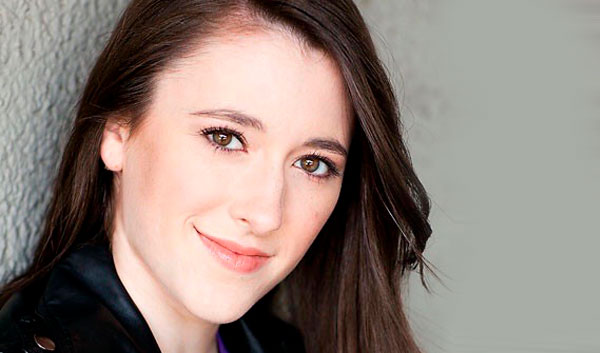 Lisa is so grateful to be returning to Musical Theatre West in The Little Mermaid! Past MTW credits include West Side Story and Evita. Finishing a successful run of Bright Star at Candlelight Pavilion, you can also find Lisa on Buena Vista Street with the Red Car Trolley Newsboys at the Disneyland Resort. Many thanks to those who continue to support and help bring out the light. 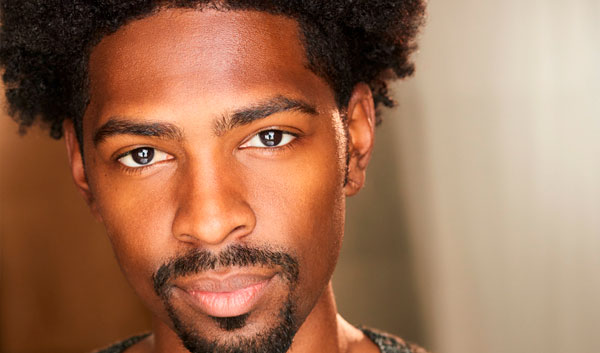 Galen is thrilled to be making his MTW debut! Past credits include Motown the Musical (Broadway/National Tour) “POSE” (FX Networks), After Midnight (Norwegian Cruise Line). Currently in pursuit of his Master of Fine Arts in Acting at University of Southern California. BFA - Howard University. “Thank you Musical Theatre West for this fantastic opportunity, to my family and friends and all supporters of the arts.” Jeremiah 29: 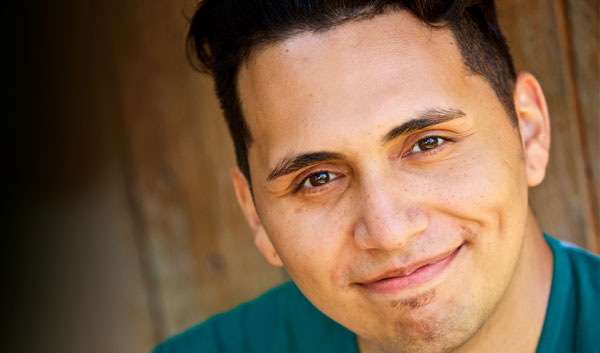 George is excited to be making his Musical Theatre West debut! He is a recent musical theater graduate of AMDA-LA. Favorite roles performed in AMDA productions Include: Che Guevara in Evita and Jigger in Carousel. He would like to thank his family, friends and AMDA instructors for being a constant source of support and inspiration. http://Georgexavier.com 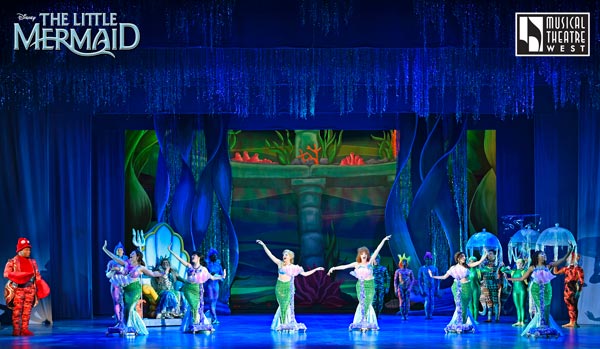 The undisputed gem in this jewel-encrusted crown is Katharine McDonough as Ariel. She makes a sturdy but lithe mermaid, a young woman who knows her mind but who at least tries not to step on others to reach her goals. But McDonough’s voice is the gift here — a phenomenal instrument in its sound and expressiveness.
Dany MargoliesPress Telegram
Under the sea is the place to be this weekend and next as Musical Theatre West delights audiences of all ages with a swimmingly performed, gorgeous-to-look-at Disney The Little Mermaid.
Steven StanleyStage Scene LA
A magical example of stage craft for young and old, this enchanting new local production directed by Danny Pelzig is purposely designed to be a treat for all senses, filled with vivid visuals and dazzling production values that offer audiences a slightly refreshed (and expanded) theatrical take on a beloved, quite sacred piece of cinema.
Michael QuintosBroadway World LA
The cast is solid and gives an exactingly-rendered, specifically Disneyesque fairytale performance. Katherine McDonough’s pragmatically rendered and charming Ariel gives the character a fresh strength. David Burnam’s Prince Eric is winsome and very much in need of rescue. Burnam’s rendering of ``Her Voice`` leaves you longing for Ariel to sweep him off his feet.
Sean McMullenGrunion Gazette
Disney’s The Little Mermaid, at the Carpenter Performing Arts Center through July 28, is everything you’d expect if you’ve seen the 1989 animated film. But Musical Theatre West’s very magical production brings the story to life in a visually stunning way, with watery set designs and colorful costumes, as well as excellent singing by the energetic cast.
Anita HarrisSignal Tribune
Menu