Based on the classic film, this joyous musical features thrilling dance numbers, laugh-out-loud comedy, and a parade of hit Irving Berlin songs, including “Blue Skies,” “Easter Parade,” “Steppin’ Out With My Baby,” Heat Wave,” and “White Christmas.” Irving Berlin’s Holiday Inn tells the story of Jim, who leaves the bright lights of show business behind to settle down on his farmhouse in Connecticut. He quickly discovers life isn’t the same without a bit of song and dance. So Jim and Linda, a spirited schoolteacher with talent to spare, turn the farmhouse into a fabulous inn that celebrates each holiday, from Thanksgiving to the Fourth of July.

Synopsis: Based on the movie of 1942, Holiday Inn, this is a fresh take on a classic. When Jim leaves the bright lights of Broadway for a calm life in Connecticut, he meets Linda, a school teacher with immense talent and big dreams. Together, they transform a farmhouse into the Holiday Inn, a place to celebrate every holiday on the calendar. But, when Ted appears to pull Linda away to Hollywood, it may dash Jim’s best shot at happiness. The show is full of Irving Berlin treasures like “Blue Skies”, ”Heat Wave”, “Shaking the Blues Away” and the beloved “White Christmas”!

Theme: Love conquers all, as we touch on major holiday traditions.

Language: There are a few older vernacular references but no overtly offensive language

Smoking, Drinking, and Gambling: No reference to any.

For Which Audiences? Recommended for grade levels 3 and up.

Rating: If this was a movie, it would be rated G 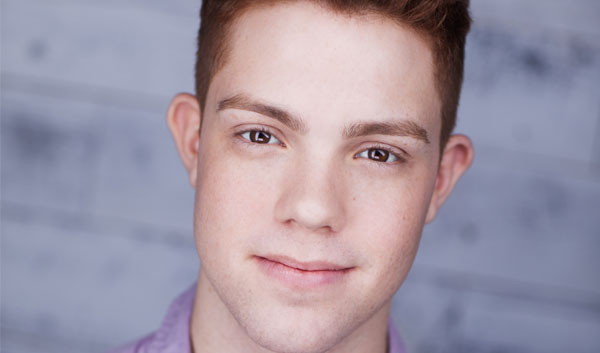 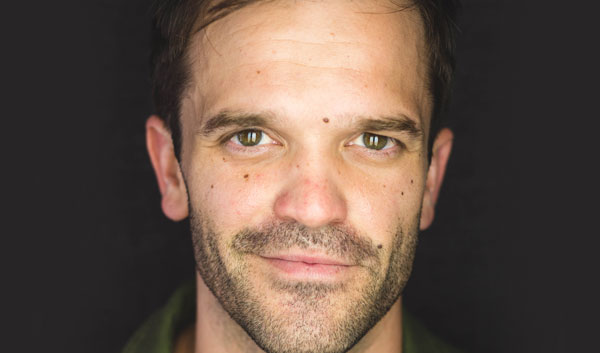 MTW Debut! Recently seen on Broadway in the musical sensation Be More Chill as the standby for Squip, Jake, and Mr. Heere. Other Broadway: Finding Neverland. National Tours: Finding Neverland, Beauty and the Beast. Regional: La Mirada, 3D Theatricals, Moonlight, Disney Cruise Line. Producer: Bury Me In Armor (Short Film Dec 2019). Investor: Hadestown. Beyond thrilled to escape the NYC winter and return to my roots of the SoCal stage where It all started. Thank you MTW, Creatives, Bren, and my incredibly supportive Family BJDKNCQS. @cameronjbond 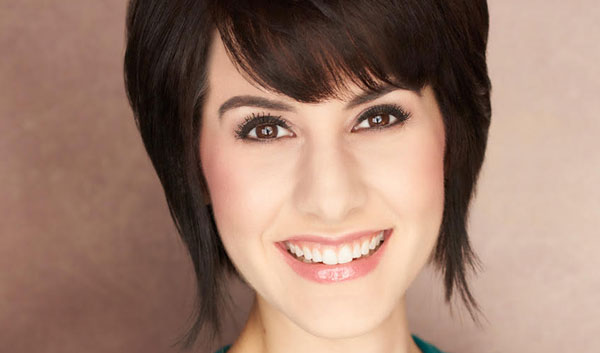 Carlin is happy to return to MTW this holiday season after spending the summer under the sea in The Little Mermaid (Adella). Regional: Sister Act (Sister Mary Robert – Performance Riverside), The Hunchback of Notre Dame (Moonlight), The Little Mermaid (Ariel – Performance Riverside), Fiddler on the Roof (Hodel – Norris Theatre), Titanic (Moonlight), The Wizard of Oz (Dorothy – Moonlight), Frozen: Live at the Hyperion, Mickey and the Magical Map (Disneyland Resort). Thank you to the artistic team! 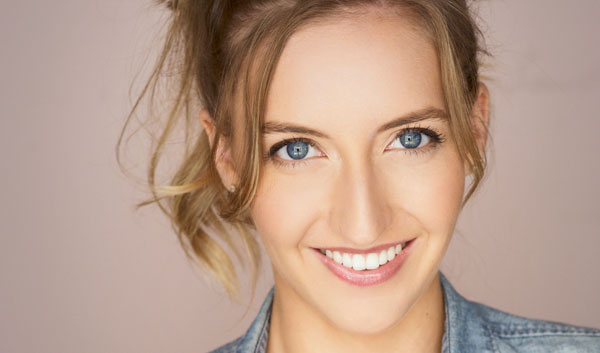 Happy Holidays everyone! Maggie has been fortunate to work with MTW on Nice Work If You Can Get It, Elf the Musical, Yankee Doodle Dandy, White Christmas, and Oliver! Select credits include A Chorus Line (Hollywood Bowl), West Side Story, Singin' In The Rain (McCoy Rigby), Young Frankenstein, 42nd Street (3DT). She would like to thank her family, DDO Artists Agency, and everyone at MTW all of their love and support. IG: @mangodrango www.maggiedarago.com 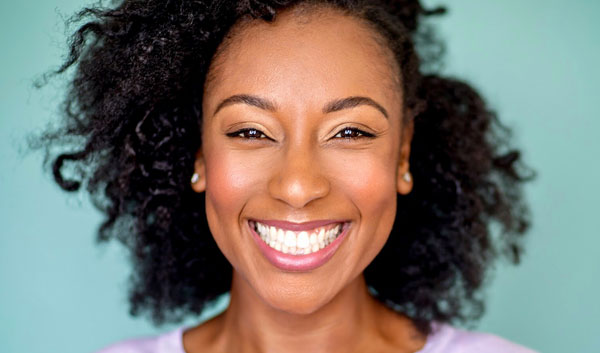 A proud graduate of UCLA tft, Fatima is thrilled to join the cast of Holiday Inn! Recent credits: Little Shop of Horrors (Plan B Entertainment), Marilyn! The New Musical (Caesar’s Palace The Paris), Bronco Billy The Musical (Skylight Theatre), Disney’s The Little Mermaid (Musical Theatre West) and Grumpy Old Men The Musical (McCoy Rigby Entertainment). Fatima is so grateful for the unwavering love and support of her friends and family and Anthony Boyer. @fatima.el_bashir 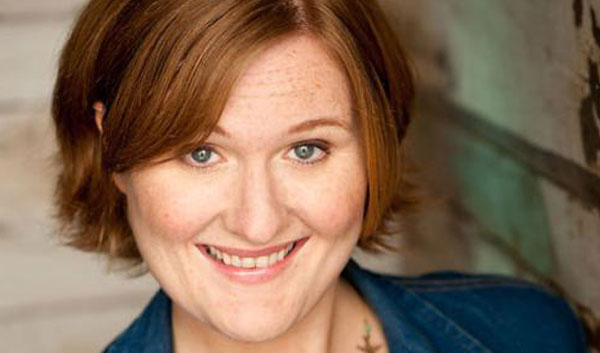 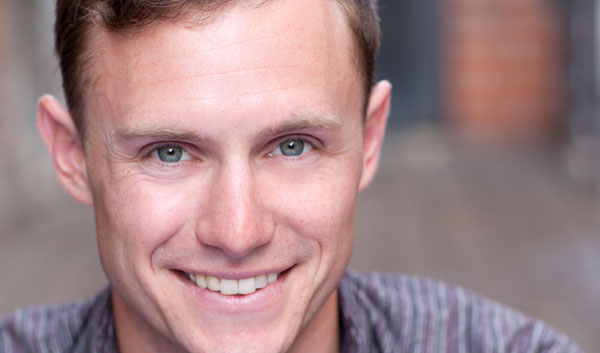 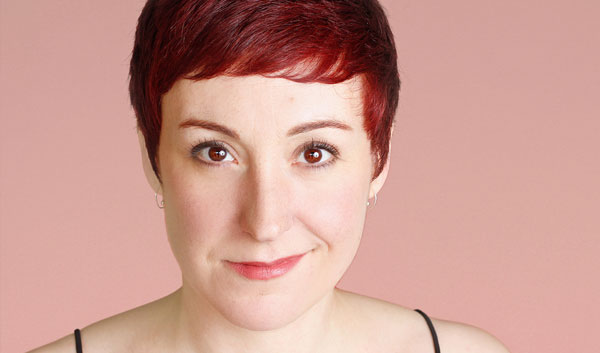 Sylvie is excited to be back at MTW dancing at the Inn! Originally from Vancouver, Canada she has been seen on stages across BC, Los Angeles, Anchorage, afloat in Hawaii and the Caribbean and across the ocean in Beijing, China. Regional: Oliver, Kiss Me Kate, Elf, Cabaret, Mary Poppins, My Fair Lady, Chicago, South Street, Beauty and the Beast, Murder on the Nile, and Anything Goes. Thanks to Avalon Artists, ZajacStudio, her ever-supportive family and incredible husband, Eric. 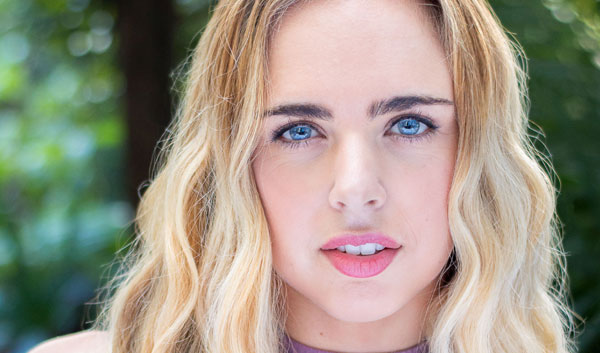 is overjoyed to be making her Musical Theatre West debut with such a fun-filled production! Recent credits include Matilda (Ensemble) and Beauty and the Beast (Silly Girl/Ensemble) with McCoy Rigby Entertainment/La Mirada Theatre, West Side Story(Clarice)/5-Star Theatricals, and Grease (Ensemble/Understudy Patty)/RCCL. Big thanks to her family, friends, and teachers for their continued support and love! 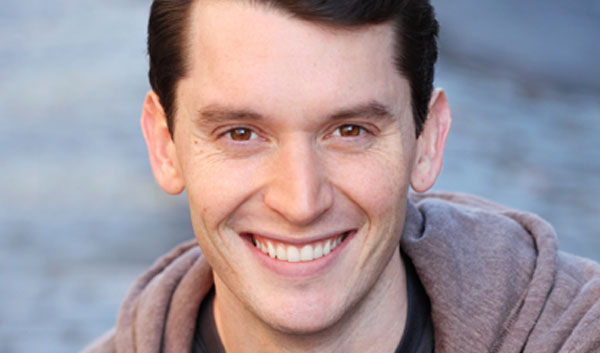 Patrick, originally from Mission Viejo, is happy to be performing in his home state after moving to NYC, to attend Wagner College. National Tours: Fiddler on the Roof (Perchik), Anything Goes, 42nd Street. Regional: New Paradigm Theater Co (Albert in Bye Bye Birdie), Goodspeed Opera House (The Will Rogers Follies), Ogunquit Playhouse (42nd Street, White Christmas), The Engeman (Gypsy). He enjoys yoga, tapping and chocolate chip cookies. Thanks and love to his family! 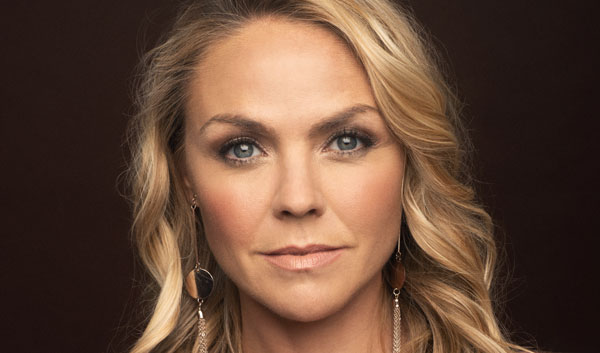 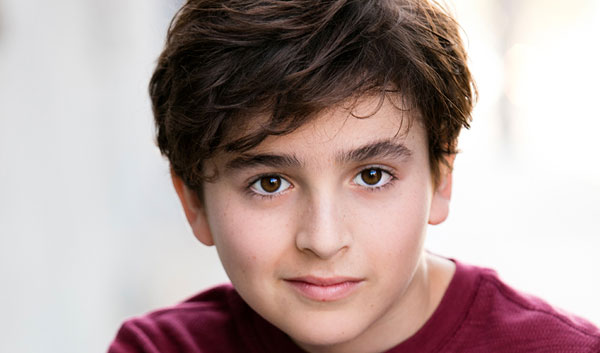 David is thrilled to be making his Musical Theater West debut. Favorite roles include James in James and the Giant Peach (Barn Stage Company), George in Death of Late Summer Songbird (Cygnet), Young Simba in the Lion King and Les in Newsies (J Company). David’s passion is all things musical, including singing, tap dancing, piano and guitar. He is also a computer wiz. David wishes to thank his voice teacher Rebecca Drake and mentor Joey Landwehr. He also thanks his parents and family for their love, encouragement and steadfast support. 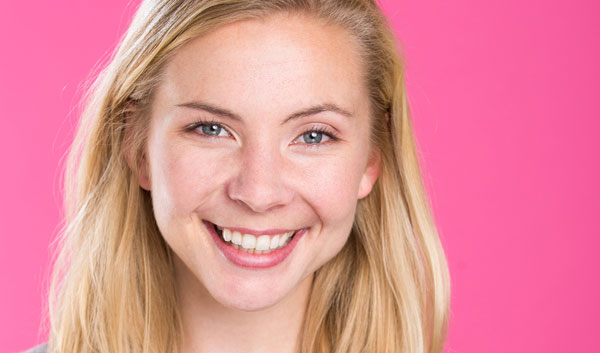 Katie is grateful to return to MTW, having performed in Yankee Doodle Dandy, Guys and Dolls, and Do Re Mi. Other regional credits include West Side Story (Moonlight Amphitheatre), Young Frankenstein (SDMT), and South Pacific (Socal Symphony), as well as The Disneyland Resort. She is a tapper with the Los Angeles division of The Satin Dollz and holds a BFA in dance from CSULB. 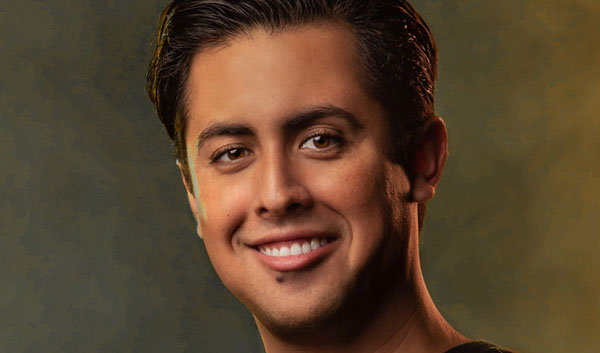 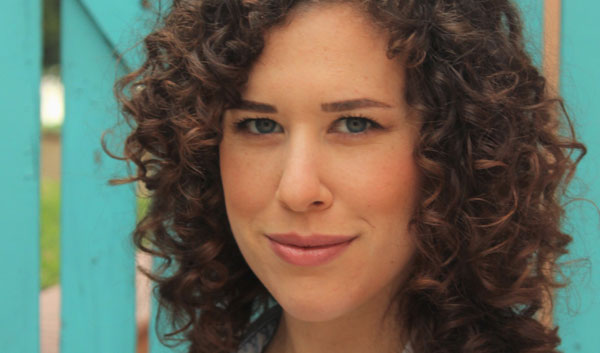 Linda is thrilled to be back at Musical Theater West after last appearing in Meet Me in St. Louis. Linda has traveled the world while singing and dancing for Hong Kong Disneyland and Norwegian Cruise Line. Now back in LA, Linda continues to perform in regional theater as well as tap dancing regularly with the Satin Dollz, the international pin-up darlings. As always, Linda thanks her family for their infinite love and support. 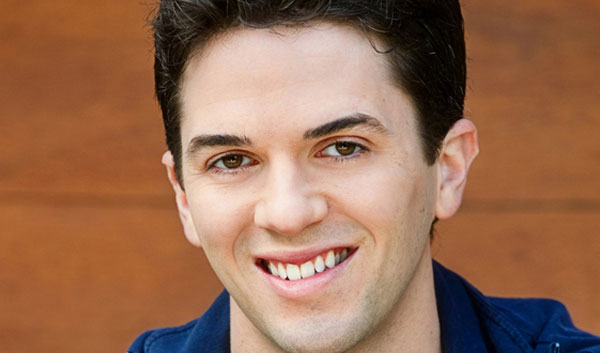 Jeffrey is grateful to be back at Musical Theatre West where he has been seen in White Christmas, Catch Me if You Can, Mary Poppins, West Side Story and others. Regional credits include Crazy for You (San Diego Musical Theatre), Kiss of the Spider Woman and Cabaret (Welk Resort, Craig Noel Nomination- Best Leading Actor), and Dames at Sea (42nd Street Moon). His award winning, one man show COMFY continues to be seen around the country. Proud member of Equity and Musical Theatre Guild. Follow him @jeffreysparsons 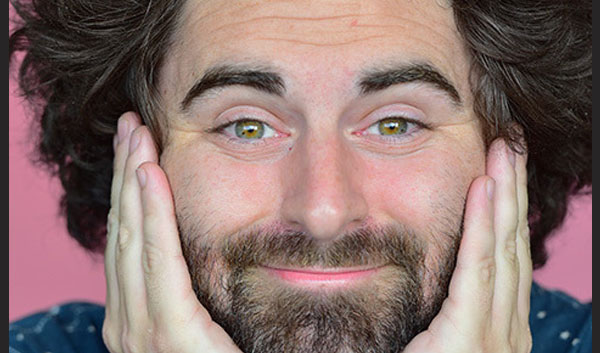 Having just made his MTW debut with Something Rotten!, this actor returns for Holiday Inn, and has appeared in a number of productions throughout Southern California. Erik, a graduate of AMDA Los Angeles, is the recipient of several Desert Theatre League Awards. He is grateful to his friends and family for their love and support. With special thanks to Connor/Ankrum & Associates, Inc. and the team at Musical Theatre West. www.erikromney.com 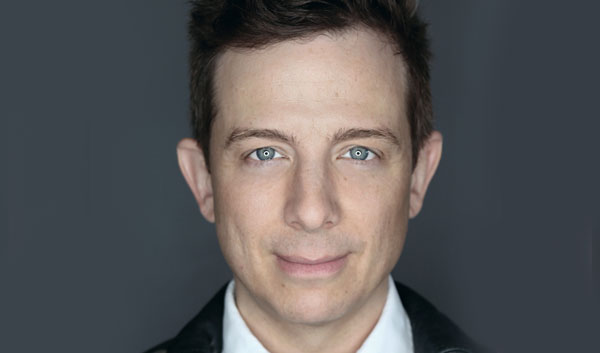 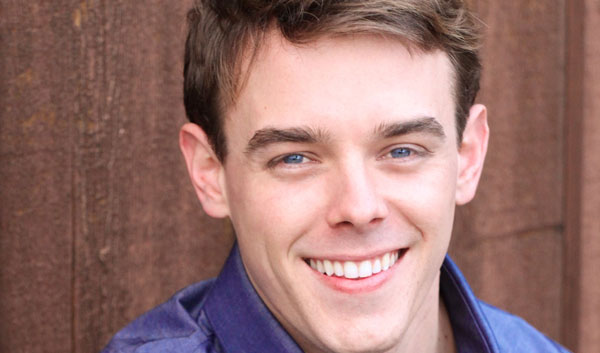 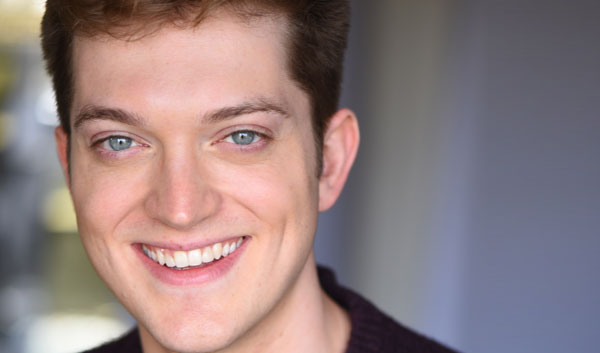 Adam is thrilled to join the cast Holiday Inn! He was last seen here at the Carpenter Center in White Christmas and Yankee Doodle Dandy. A North Carolina native with a BFA in Musical Theatre from Carnegie Mellon, his other favorite credits include Blue Man Group, Dogberry in Much Ado About Nothing, Leaf Coneybear in Spelling Bee, and Link in Hairspray. Thanks to MTW for bringing me on board! Love to Alexa and Marzipan. 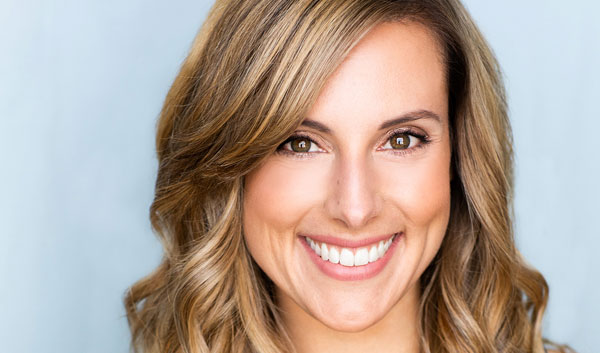 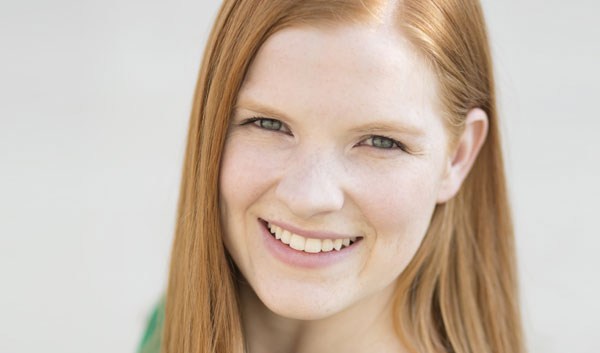 Stephanie is thrilled to be back with MTW this Christmas season, where she was last seen in White Christmas. Recent credits include 42nd Street and Oklahoma! (3-D Theatricals), Singing In the Rain, Shrek, and The Addams Family (Center Stage Fontana), and Oklahoma!, H2$, and 42nd Street (Candlelight Pavilion). MA theater: Annie Get Your Gun, The Little Mermaid, Tarzan, Into the Woods. Thanks as always for supporting live theater and the arts! 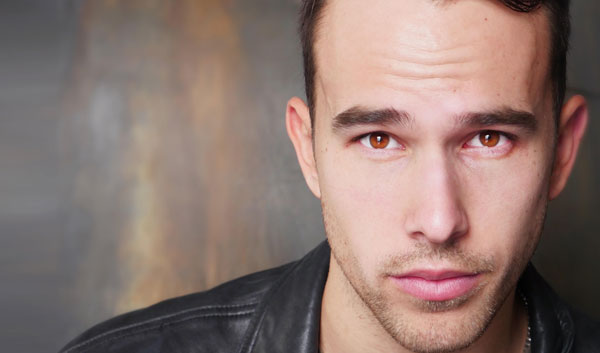 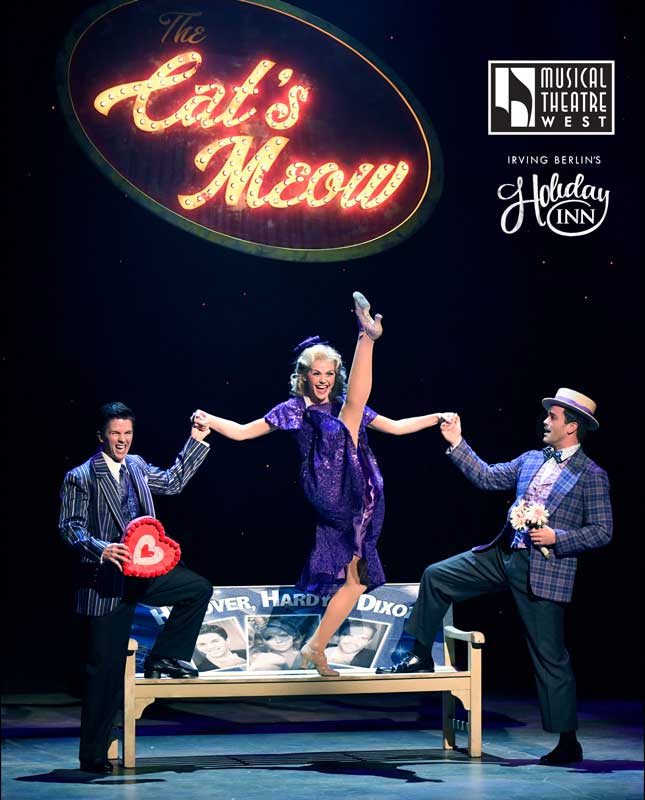