With the Frank Loesser classics “If I Were a Bell” “Luck Be a Lady,” “Adelaide’s Lament,” and the title song, Damon Runyon’s world of inveterate gamblers and their dolls lights up the stage with pure Golden Age Broadway.

BASED ON A STORY 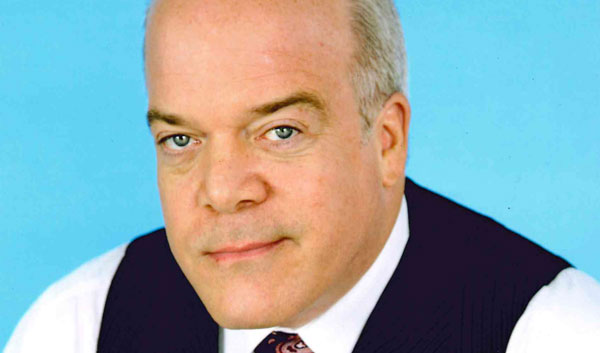 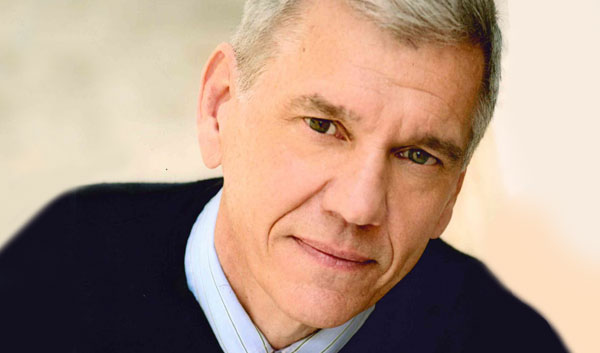 Fred is thrilled to be working at Musical Theater West for the first time . He has performed on stage from Los Angeles , to New York. He has appeared numerous times on Days of Our Lives, and General Hospital, as well as film roles in The Artist and the upcoming film My Dinner with Herve'. This versatile performer has also done voiceover work for the films The Holiday, and The Campaign. For the last twenty years, Fred been entertaining people around the world as a headline act for a variety of ships in the Cruise Line Industry. Thanks to all for this opportunity. 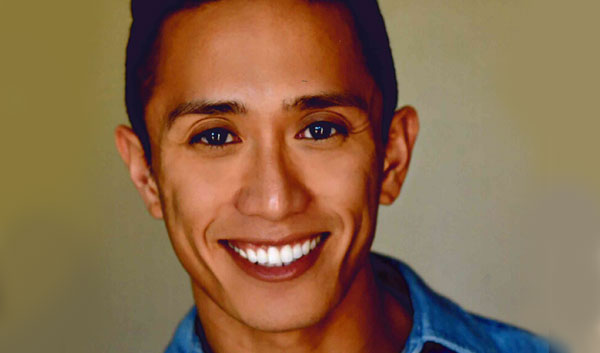 Joven Calloway is thrilled to be back at MTW (Evita, and Carousel)! He has toured internationally and performed in regional theaters across the country. Favorite credits include: A Chorus Line (Hollywood Bowl), Damn Yankees (Goodspeed), Cathy Rigby is Peter Pan (Madison Square Garden/N. Tour), Miss Saigon (TUTS/Riverside FL), and can currently be seen in Frozen at Disney's California Adventure! He sends love and gratitude to Anthony and Jonathan at the DDO Agency, his family, Brian, Mayla, and Gus, www.jovencalloway.com 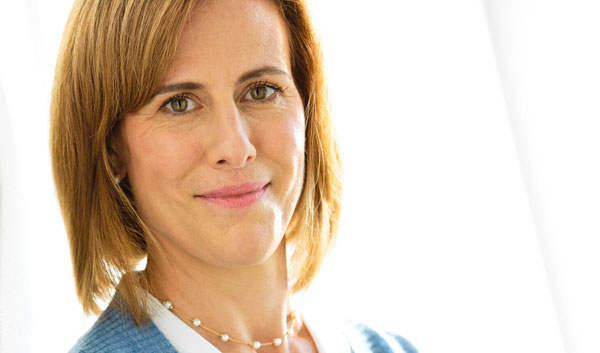 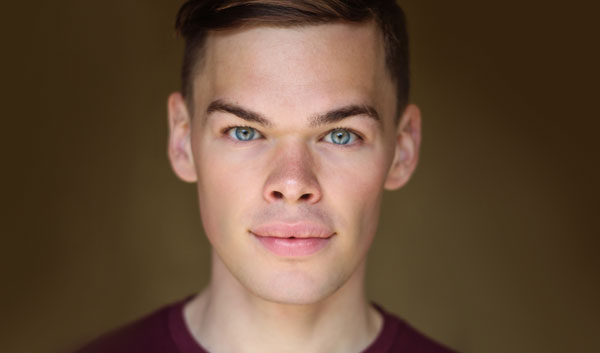 Daniel is humbled to join the cast of “Guys and Dolls” and to return to Musical Theater West stage. 2-times Russian Ballroom National Champion, was a member of The Young Americans, an internationally renowned performing arts group. During his time in America, he has performed on various national and international tours and acted as an advocate for keeping music education in schools and communities all over the world. Greatful for the support of DDO Artists Agency, family and friends. Follow along @danilch 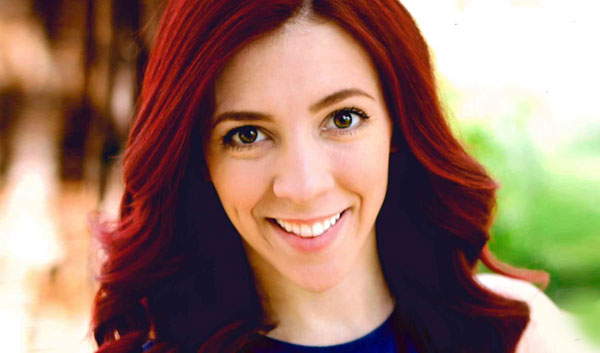 Judy is beyond thrilled to be making her MTW debut! Recent credits include The Music Man (PVPA) and It’s the Merriest Christmas Show Ever, Charlie Brown. A proud alumnus of the Young Americans and a recent graduate of CSUF (B.A. in Business), she has performed in multiple parades and can currently be seen in various shows across the Disneyland Resort and Knott’s Berry Farm. A huge thank you to the entire MTW team for this incredible opportunity and to her friends and family for their continuous love and support. 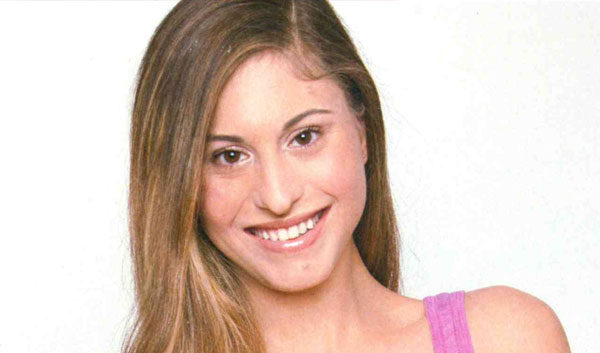 Veronica is flattered to be working with MTW for the second time. Veronica is a Los Angeles native who’s credits include: YOUNG FRANKENSTINE (3-D), PETER PAN, EVITA (CMT), CAROUSEL (MTW), MTV’S VMA’S.Veronica trained and now teaches at Los Angeles Ballet Academy, Trainee at Chicago’s Joffrey Ballet, Certified yoga instructor, and Choreographer.  Thank you to agent Steven Dry at Connor Ankrum and Associates, Evelyn Halus-Greip, and to my amazing Family for their love and support. IG: Vrg101 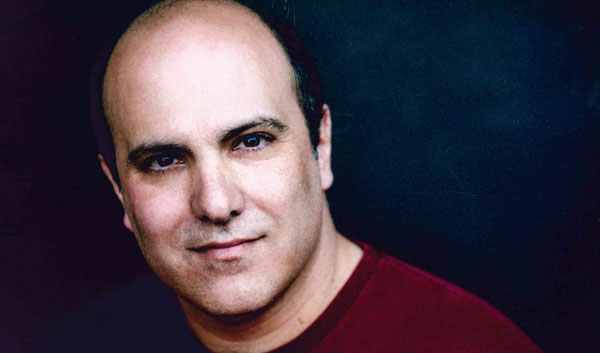 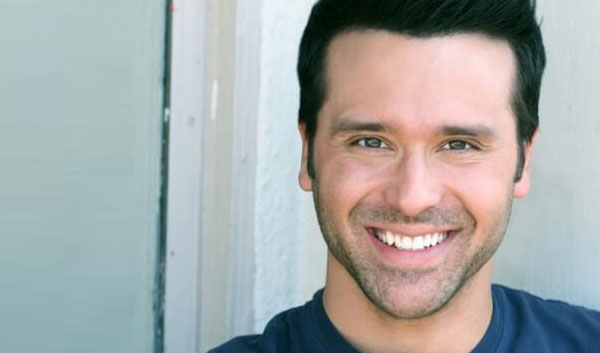 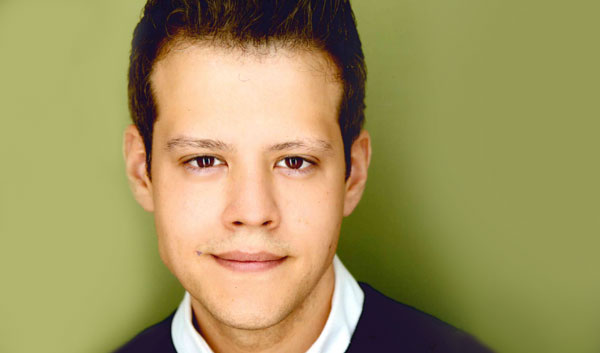 Blake is extremely proud to be joining the cast of Guys and Dolls. This is his first professional come back after being paralyzed in a motorcycle accident in NYC in 2015. New York and other credits include: Henry Williams in "Whoopee", Dickie Carter in The Gershwin's "Pardon My English", and Jason/Tyrone in "Hand to God". An accomplished artist, he's also been featured in Tony nominated Bill Russell's "Bill Russell and Friends" and Lucky Disaster Concert Series featuring Ryan Scott Oliver's work. He'd like to thank his lovely wife for "not being sick of him" and all of you for supporting the Arts. 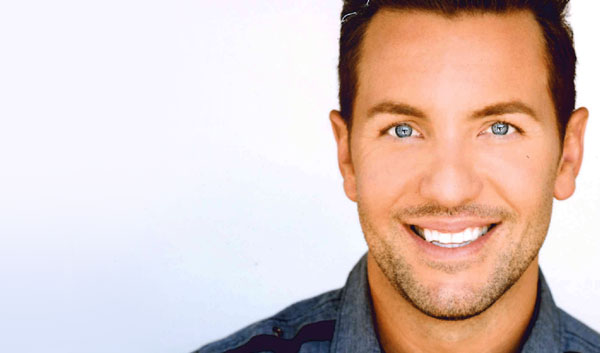 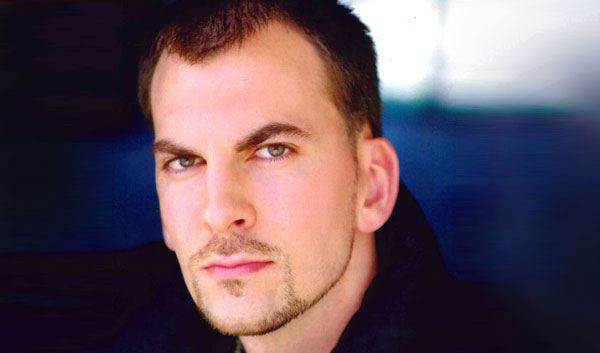 Kenny is thrilled to be making his Musical Theatre West debut. He was last seen as Clown #2 in “The 39 Steps” at the Norris Center and reprised the role with Coyote Stageworks at the Anneberg Theater in Palm Springs. His portrayal of more than a dozen characters earned him the Desert Star Award for Outstanding Supporting Actor in a Comedy. Among other theater credits, stunt work and short films Kenny can currently be seen performing regularly at the happiest place on earth in a variety of shows including “Frozen Live at the Hyperion.” John 11:25-26 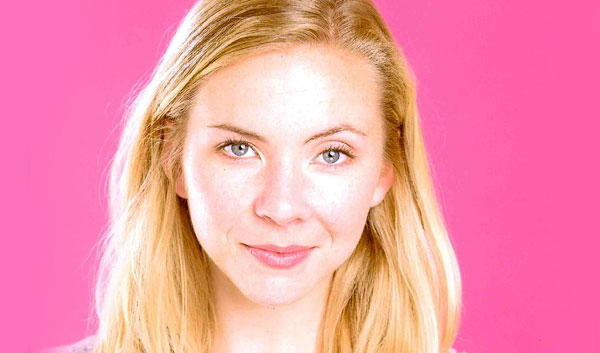 Katie is excited to take the stage with MTW for the first time, having worked backstage on a number of productions. Previous credits include Cabaret and The Music Man at the GEM Theater, and Hairspray with the Louise K. Taylor PAC. An alum of CSULB’s Department of Dance, Katie currently performs at the Disneyland Resort in DJ’s Dance N’ Drive and with RhetOracle Dance Company. 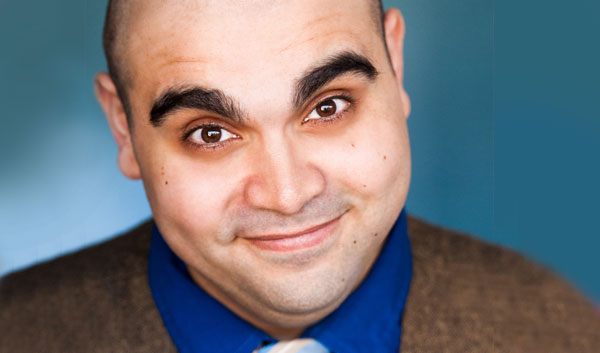 Andrew is thrilled to be in one of his favorite shows with such a dream company! He previously portrayed the role of “Nicely” in Glendale Centre Theatre’s production of Guys of Dolls. This past December, he had the opportunity to understudy and perform the role of “Jefferson” in Ashes to Ashes, a hilarious original play that performed at The Odyssey Theatre. Recent roles: “LeFou” (Beauty and the Beast), “Victor Frankenstein” (Young Frankenstein), and “Marcus Lycus” (A Funny Thing…Forum). He’d like to thank his team at DDO, his parents, and Mackenzie for their amazing and continued support! Check out www.andrewmetzger.net 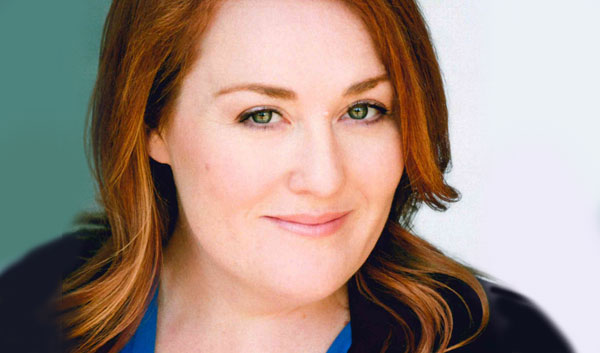 Bree is tickled pink to be making her MTWest debut! Recently returned to LA from being a guest artist with PCPA (Pacific Conservatory Theatre) teaching Shakespeare and performing in shows. Other theatres: 3DTheatricals, three seasons with Utah Shakespeare Festival, five seasons with PCPA, Swine Palace, New Swan Shakespeare Festival, Kentucky Shakespeare, Okoboji Summer Theatre, and The Great American Melodrama Voice Over: World of Warcraft: Warlords of Draenor. Thank you for supporting Southern California theatre and thank you to my incredibly supportive family, especially my “guy” Chuck. Check out more about this “doll” at: breemurphy.com. 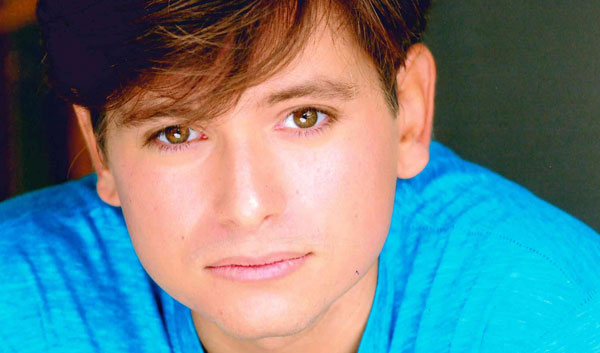 Jonathan is thrilled to be back at MTW! Other MTW credits: Mary Poppins (Robertson Ay), Carousel (Enoch Snow Jr.). This will be his second time playing in Guys & Dolls; his first time was at Stanford Middle School, directed by Mrs. Riley! Thanks to God, Mom, Dad, Grandma, Grandpa, Uncle Andy, Seth, Steve and Jan. Special shout out to his voice teacher, Sarah Sandvig, and Mrs. Cantor! Hugs to Debbie and Donna! Psalm 104:33 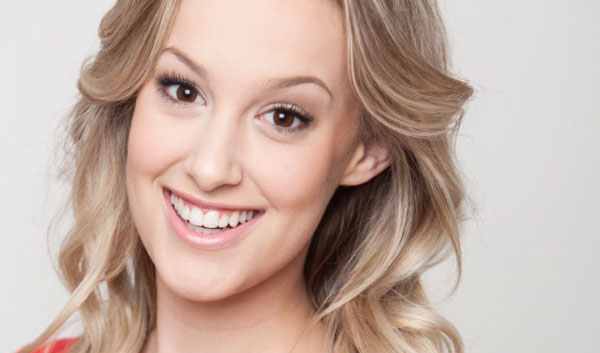 Veronica is so excited to return to MTW for this incredible show! Veronica can be seen dancing at Disneyland in Mickey & The Magical Map, and at DCA in Frozen: Live At The Hyperion. Veronica also works as a freelance makeup artist in the LA area. Previous credits include Carousel (MTW). Special thanks to her loving family and husband Stephen for their endless support. 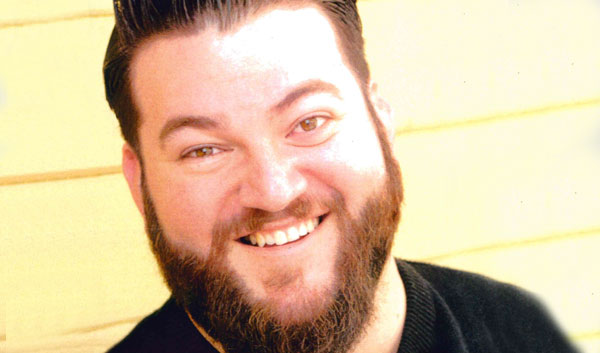 Phil is thrilled to be working with MTW for the first time! A graduate of the Conservatory program at Second City, Hollywood, Phil’s recent credits include Gibson/Homer in Mr. Burns, Comet in the Reindeer Monologues, Miles Gloriosus in Forum, and Judge Turpin in Sweeney Todd. However, a mere bio can't capture the essence of Phil. If you'd really like to know about him, you should take him out for a nice dinner sometime. Or perhaps you could take him on a short to intermediate length walk on the beach. Tell him how attractive and interesting he is. He enjoys that. 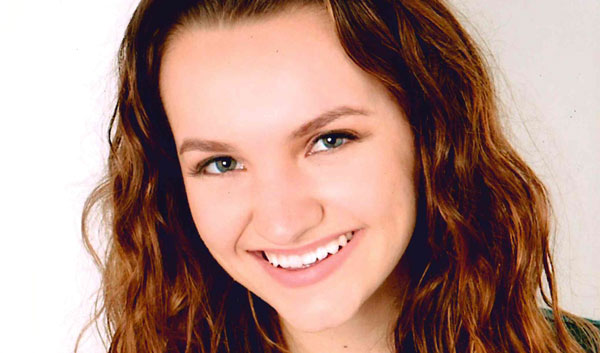 Isabella is delighted to be making her MTW mainstage debut after appearing in the Reiner Readings of ONCE UPON A MATTRESS and LI’L ABNER! Other credits include YOUNG FRANKENSTEIN, HELLO DOLLY! (3-D Theatricals), MUSIC MAN, YOUNG FRANKENSTEIN (Palos Verdes Performing Arts), and BYE BYE BIRDIE (Cabrillo Music Theatre). Isabella recently graduated from UCLA with a B.S. in Biology. Many thanks to God, her loving family, her agent, Steven Dry, and the creative team! @isabellamolivas 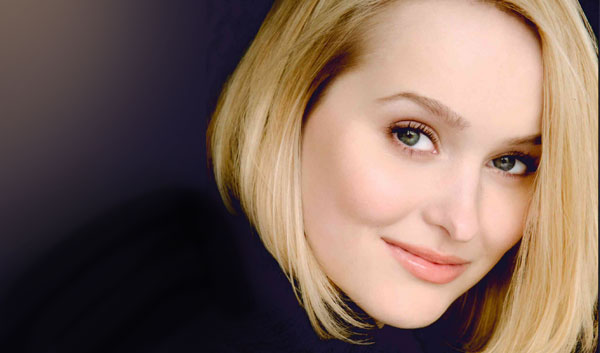 Madison is thrilled to be back with Musical Theatre West! Madison recently finished her Off-Broadway run starring as Luisa in THE FANTASTICKS for over 400 performances. MTW audiences have seen her as Laurey in OKLAHOMA! and Cosette in LES MISÉRABLES. With the Reiner Reading Series, Madison’s favorite roles include Lady Larken in ONCE UPON A MATTRESS, Hedy LaRue in HOW TO SUCCEED, Marsinah in KISMET, Precious in STEEL PIER, and Daisy Mae in LI’L ABNER. Big thanks to the entire cast & crew, MTW, Professional Artists, and her incredible family and friends. As always, “for gramma.” Instagram: @maddyparks www.madisonclaireparks.com 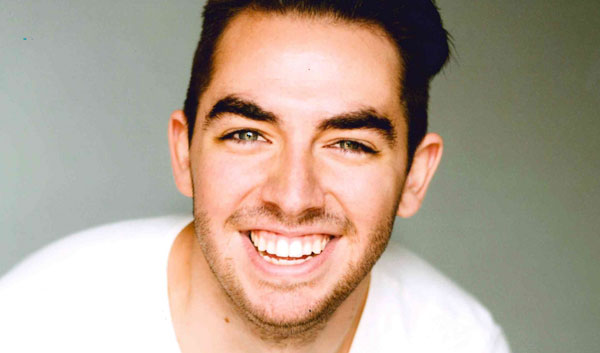 Tanner is thrilled to be making his California, and Musical Theatre West debut! Other Regional credits: Parkeeper/Ensemble – Mary Poppins, Utah Shakespeare Festival; It Happened One Christmas and Fiddler on the Roof, Pioneer Theatre Company. Other favorite roles: George Nowack – She Loves Me, J. Pierrepont Finch – How To Succeed…, Edgar – Girl of Glass. Tanner holds a B.A. in Musical Theatre from Weber State University. All the love to my Nic and the fam. 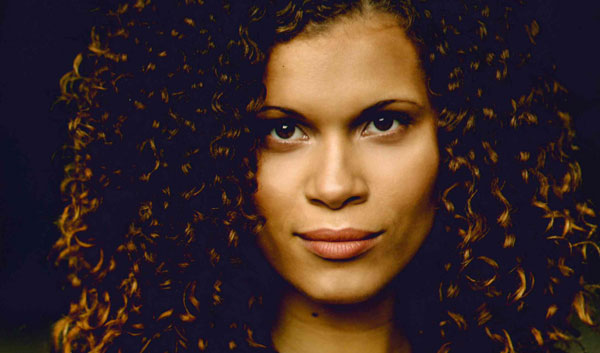 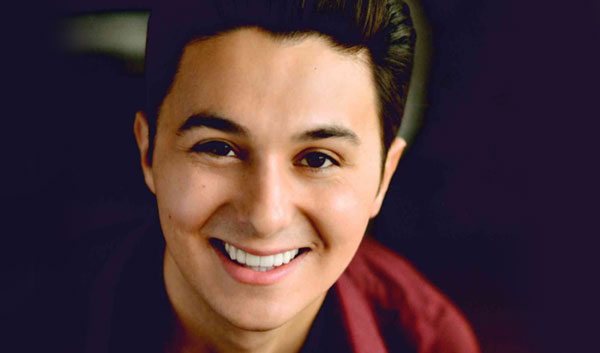 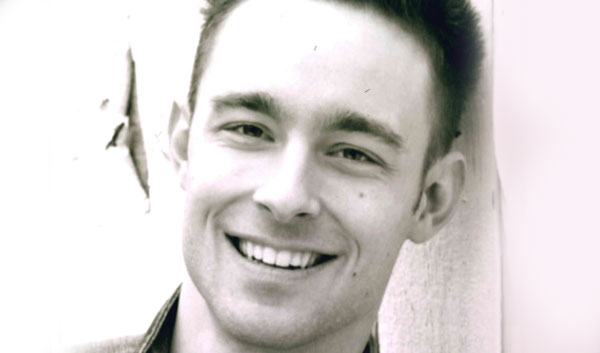 Michael is very excited to be performing with MTW for the first time! Michael moved to the LA area in February and is thrilled to continue perusing theater here. He would like to thank his parents Tom and Kathy for their continued support over the years and helping him reach his goals. Enjoy the show! 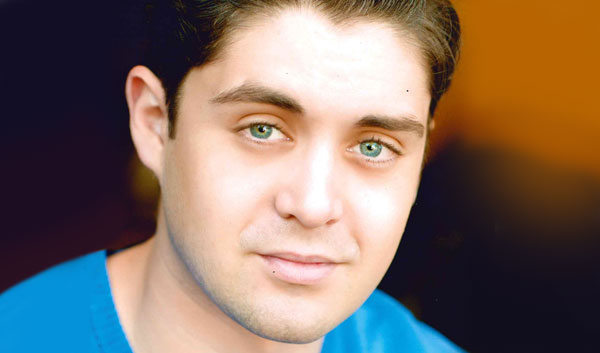 Brandon is ecstatic to be a part of Guys and Dolls at MTW! Brandon was last seen in MTW’s production of Dirty Rotten Scoundrels and can also be seen performing in Disney’s California Adventure as one of the Red Car Trolley News Boys. In addition, he has performed regionally all over Southern California and was recently contracted in Japan as a featured vocalist for Tokyo Disneyland Resort. Thank you to all my family, and friends for all your love and support! 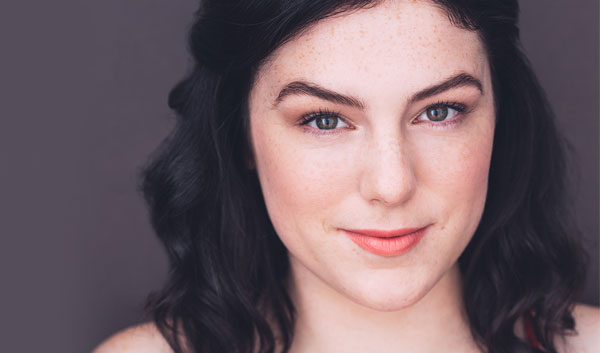 Ali is so excited to be making her Musical Theatre West debut. She is a New York City based actor whose most recent credits include: Polar Express (Steward), Pirates of Penzance (Mabel), and You Can’t Take It With You (Essie). Ali would like to thank the creative team of Guys and Dolls for this incredible opportunity. She would also like to thank her parents for all of their love and support. Enjoy the show! 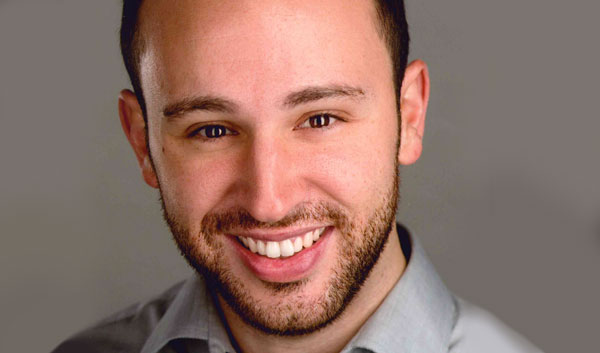 Bobby is grateful to be making his Musical Theatre West debut in his favorite show. A native New Yorker and veteran of gangster roles in Anything Goes and Kiss Me, Kate, he has done Guys and Dolls three times, most recently with Frank Loesser’s son John at the Lyric Theatre of Florida. Other favorite roles include Tito Merelli (Lend Me A Tenor), Luigi Gaudi (Lucky Stiff), and Ali Hakim (Oklahoma!), as well as his two most recent roles with the National Yiddish Theatre in New York City. Bobby is also a stand-up comedian and has opened for Jim Gaffigan and Jerry Seinfeld. Love to the Underwood-Halpern mishpokeh. www.underwoodbobby.com 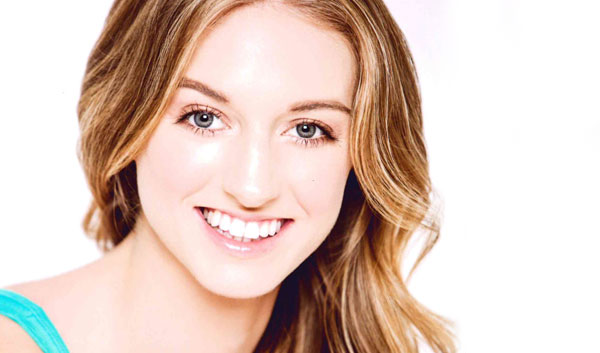 Alissa is thrilled to be making her debut with Musical Theatre West!  Although she is a native Southern California performer, Alissa has spent most of her professional career overseas. Credits include: SWING! THE MUSICAL (Norwegian Cruise Line), ONE MAN’S DREAM II (Tokyo Disneyland), BLAZING BOOTS Original Cast (Norwegian Cruise Line), MICKEY’S MUSIC FESTIVAL (Feld Entertainment), and Character Dancer on Disney Cruise Line. Alissa would like to thank the MTW creative team for this opportunity and gives all the glory to God! Instagram: @awilsey56 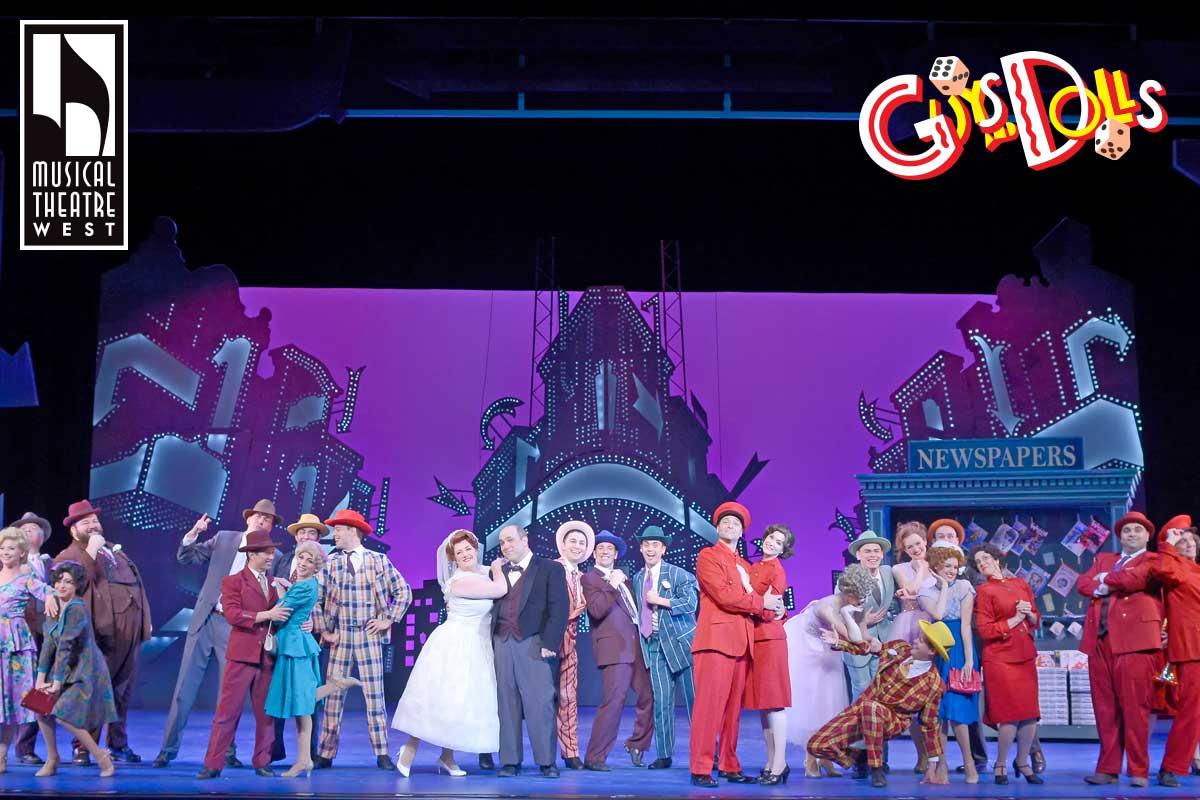